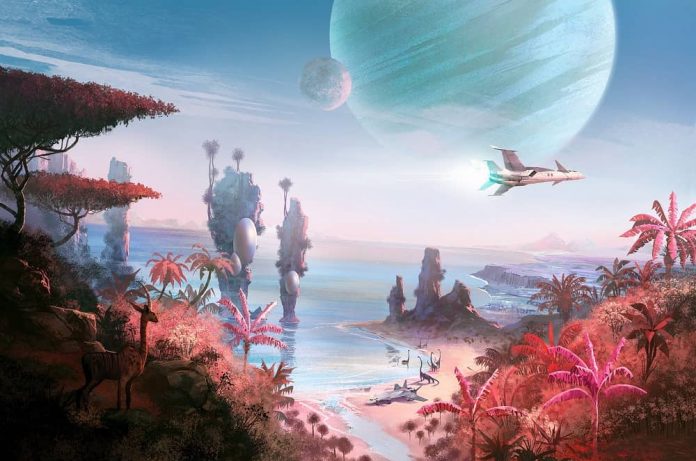 No Man’s Sky, the procedurally generated space adventure from Hello Games, is getting its next big update on August 14th.

The update, entitled No Man’s Sky: Beyond, will be free for all existing players, and reportedly contains three big changes rolled into one.

Beyond will expand the online features of No Man’s Sky, promising a radical new social and multiplayer experience. It’ll also build upon the aspects introduced with last year’s update, Next.

Also for the first time, players will be able to explore the massive procedural universe in virtual reality. If you have access to a VR headset, then this should definitely have you celebrating. With its unique alien worlds, expansive playable galaxy and intense space flight, No Man’s Sky seems to me like exactly the sort of game virtual reality was made for; and excitingly, the early previews seem to confirm it.

We don’t yet know about the third major component of the update, but thankfully we won’t have long to wait before we can jump back in our spaceships and find out for ourselves.

You can keep up with the latest updates for No Man’s Sky: Beyond on the official website.

Want to support GameSpew? Buy No Man’s Sky using our Amazon affiliate link. It won’t cost you anything extra, but we’ll get a small slice of the purchase.