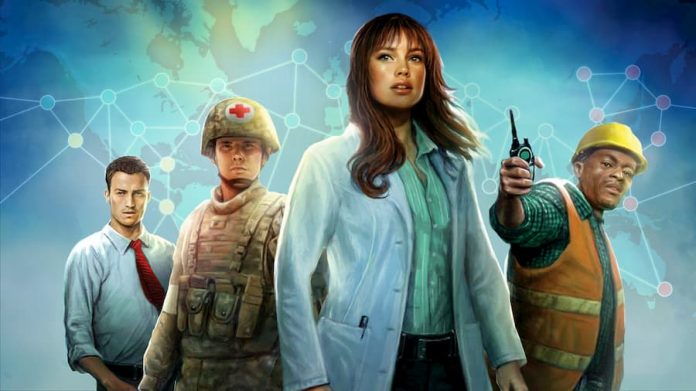 That didn’t stop me from jumping right into Pandemic: The Board Game as soon as it landed in the Xbox Game Pass library. Pandemic is a video game adaptation of an award-winning board game of the same name. You play as members of an elite disease-fighting team working to find a cure for four deadly diseases that are spreading across the globe. You’ll have to work as a team with your fellow players in order to cure and fully eradicate these diseases before the entire world becomes infected.

Pandemic has a pretty simple premise: jump around the board as one of the disease-fighting team members treating diseases while working towards a cure. The execution, however, is much more complicated.

Players (aside from the medic character) can only treat one bout of illness at a time, making it easy for the diseases to spread to other cities in the area. You also have to deal with outbreaks and dreaded epidemics. It’s an ingenious way to get players to work together in a tough-as-nails scenario. Unfortunately, Pandemic’s tutorial isn’t very helpful and I had to look up the board game rules to figure out how to play it. If you’re going to jump into the video game without knowledge of the board game, I’d recommend reading or watching someone play to get a hang of the concepts first. 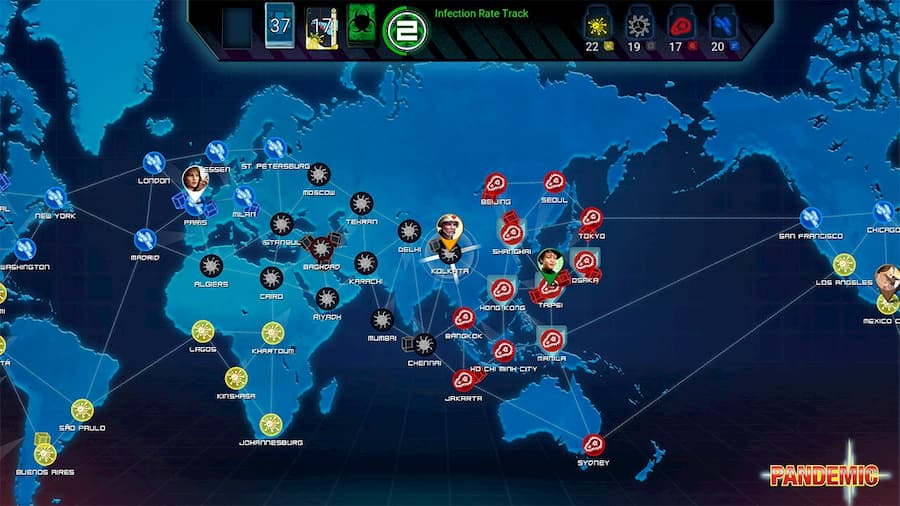 There are four actions that you can spend each turn. You can move around the board, with each city counting as one action. If that city has a “cube” surrounding it, that counts as one sighting of the disease. You can treat each cube but it counts as one action every time – so for example if Johannesburg has three cubes, it will cost three actions to completely get rid of the disease in that city. Sounds easy enough, right? Not so much, because at the end of every turn, more infections make their way to cities around the world. You may have just treated Johannesburg, but if that card comes up, it will be getting some brand new cubes.

So what are you supposed to do about stopping the disease from spreading? The main way to do this is by collecting city cards. Once you have five cards of one colour collected (unless you’re playing as the Scientist, who only needs four), then your goal is to head back to a research station to completely eradicate the disease. If your section of the map doesn’t have a research station (Atlanta, U.S is the only city that starts with one) you will have to spend one city card to build one. 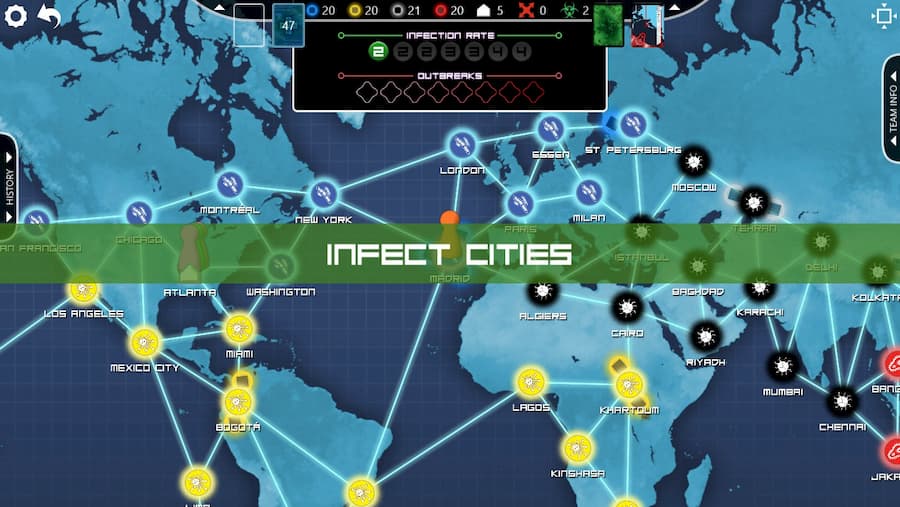 As the game continues, things will get more complicated as more cities are infected and cards have to be discarded. Once a city card is discarded, you won’t be able to pick up that card ever again. The problem with that is, when my friend and I played, we could probably eradicate one or two of the four diseases without too much trouble, but by the time we tried to work on the other two, we’d discarded way too many of the cards for it to be possible. With more players or a different strategy, perhaps things would improve for us.

Unfortunately, Pandemic just doesn’t translate well to the video game format. The majority of gameplay involves moving your character around the board, but the controls just aren’t very intuitive. We struggled a lot with getting our cursor to go to the city that we wanted to go to. On PC, playing with a keyboard and mouse this probably wouldn’t be quite so much of a problem, but with an Xbox One controller it quickly became frustrating. There are also so many repetitive and convoluted actions that it’s easy to accidentally do the wrong thing. Pandemic’s issues are small, but numerous – and they all come together to make a rather underwhelming experience. 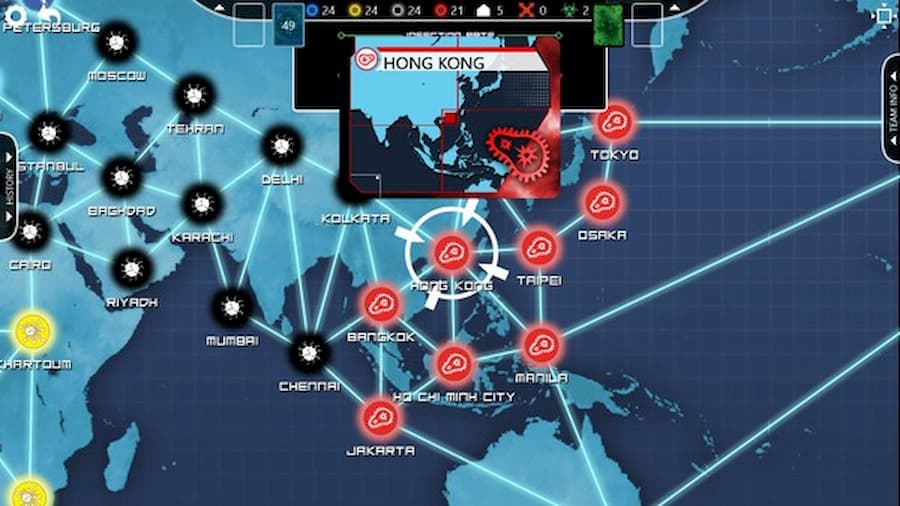 In addition to the struggles with controls, Pandemic can only be played solo against the CPU, or against friends locally. The lack of any kind of online multiplayer is seriously disappointing. It feels very strange to have a console version of a multiplayer game, but no way to play it online. It means that, aside from the ability to play by yourself against CPU, the video game version of Pandemic offers no incentive over the actual board game.

It’s a shame that the video game version of Pandemic is disappointing, because the board game itself is a lot of fun. There are tonnes of games that force players to compete against one another, but few require so much teamwork. Heavily focused on strategy, Pandemic encourages players to plan, discuss, maybe argue a little bit, but ultimately combine brain power to solve a big problem. There’s a lot to focus on at one time, but with some practice you and your friend are sure to master it. Just maybe grab the actual board game instead of the console version.

Pandemic: The Board Game is available on PC, Xbox One and Nintendo Switch. We reviewed the Xbox One version.