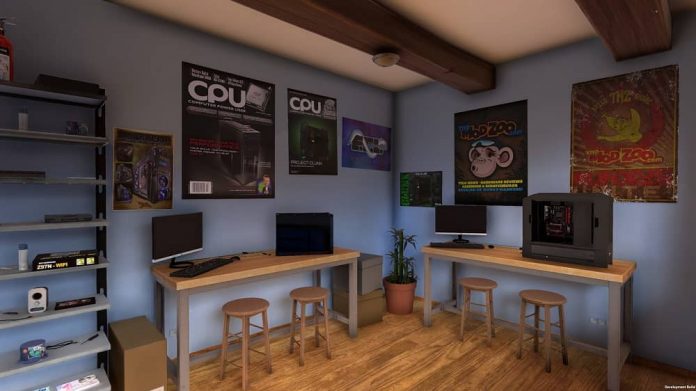 The game where you can run your own PC repair shop and build the computer gaming rig of your dreams has (quite unexpectedly) come to PS4, Xbox One and Nintendo Switch, and is available to play now

What started off as a free tech demo became an unexpected hit, with PC Building Simulator selling over 750,000 copies when it was released as a full title by The Irregular Corporation.

You would have thought the audience for this game would be “PC gaming master race” types, who wouldn’t dream of playing on anything that requires a controller; but PC Building Simulator defied the odds and is now available on consoles.

PC Building Simulator brings you all the joy of constructing and repairing custom PCs, but without having to blow all of your life savings. In story mode you take over your own repair shop; at first fixing simple machines for customers, but gradually working up to more challenging builds as you master the techincal skills of PC repair. There is also a free build mode, where you can use real life branded, licensed parts to build your own unique and crazy creations.

So if you’re the type of console owner who wants to learn how to build your own custom gaming rig, PC Building Simulator is available now on PlayStation 4, Xbox One and Nintendo Switch. You can watch the console release trailer below.