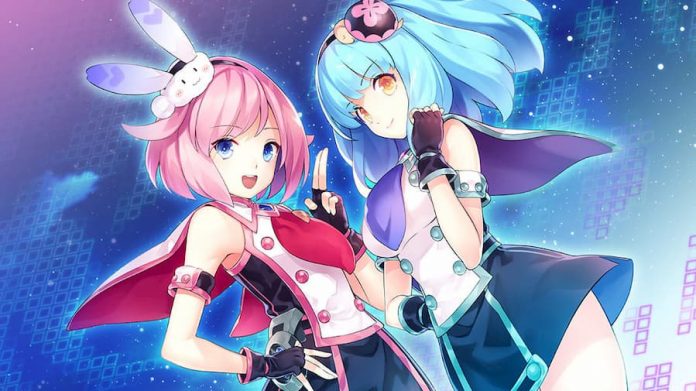 Created by Hyperdimension Neptunia developer Compile Heart, Gun Gun Pixies is one of those (uniquely Japanese) premises that feels like it’s basically just somebody’s kink, but also seems like it could turn into quite a creative and interesting game.

Two tiny figurine-sized alien girls have come to Earth, to study and learn from human behaviour. The place they’ve decided to infiltrate is a women’s college dormitory (of course), and the fate of their home planet depends on them being able to watch the girls as they sit around in their pants or in bathtubs.

Being so small, you will need to avoid being stepped on as you explore their college dorm. You can shoot them with pacifying bullets, which will allow you to climb all over their supple young bodies, and may help you explore and find out-of-reach areas.

Leaving aside the jokes about the titillating aspects of the game, I think we can agree it does sound fun being a tiny alien sneaking around avoiding normal sized humans, jumping, climbing and shooting to complete fun objectives. There is the potential here for Gun Gun Pixies to be a really interesting experience, so you should check out the announcement trailer for below.

Gun Gun Pixies will be available on Steam and Nintendo Switch on September 6th.

Want to support GameSpew? Pre-order Gun Gun Pixies using our Amazon affiliate link. It won’t cost you anything extra, but we’ll get a small slice of the purchase.