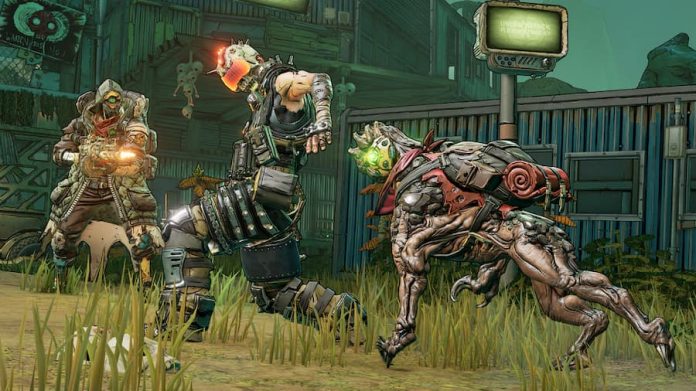 With a little less than a month until the release of Borderlands 3, Gearbox has been giving the players loads of things to look at.

We’ve recently had gameplay trailers for each of the four characters: Zane, Moze, Amara and FL4K and now another treat is ready to consumed.

Gearbox has just revealed the first two gameplay trailers showing off FL4K and their awesome companion’s abilities. FL4K is on a new planet, Eden-6, in the video and you’ll see them interacting with some familiar faces and some not-quite so familiar faces. In one of the videos you’ll find FL4K helping out what seems to be a sentient teddy bear named Balex. It’s clear that Borderlands 3 won’t be without its curious moments. If you want more details on FL4K’s abilities as well as their lovely pets you can find their profile page over on the Borderlands 3 site.

You can watch them in action in the two gameplay trailers below:

Borderlands 3 has also received a brand new trailer that shows off all four of the amazing vault hunters in the “The Borderlands Are Yours” trailer which can be found below.

Borderlands 3 is set to release on Xbox One, PS4 and PC on September 13th.

Want to support GameSpew? Preorder Borderlands 3 using our Amazon affiliate link. It won’t cost you anything extra, but we’ll get a small slice of the purchase.