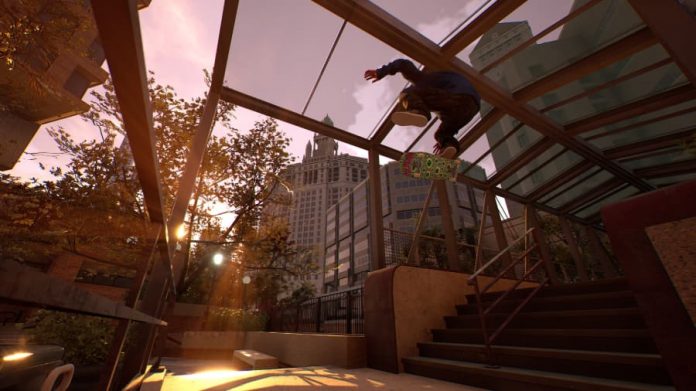 A new skateboarding game is coming to Steam Early Access on September 17th, promising a raw experience reminiscent of the golden age of skateboarding.

Session is being developed by creā-ture Studios after a very successful Kickstarter project which capitalised upon the growing desire among gamers for a new skateboarding sim.

Touted by some as a spiritual successor to the Skate series, Session is aiming to be the most raw and authentic skating experience ever captured in a video game.

Session is presented with a VHS style fish-eye lens, much like the Skate games, to help bring across the era and the culture. Some of the unique selling points of the game include an extensive video clip editor to help you capture and share your gnarliest stunts, an intuitive control scheme using a thumbstick for each foot, and a 1:1 scale recreation of New York to play in.

Skaters and fans of skateboarding games haven’t had much new to get excited about for a while, but this is definitely about to change that. You can watch the trailer below.

Get Session on Steam Early Access on September 17th, or wait until few weeks after that to get it on Xbox One via Xbox Game Preview.