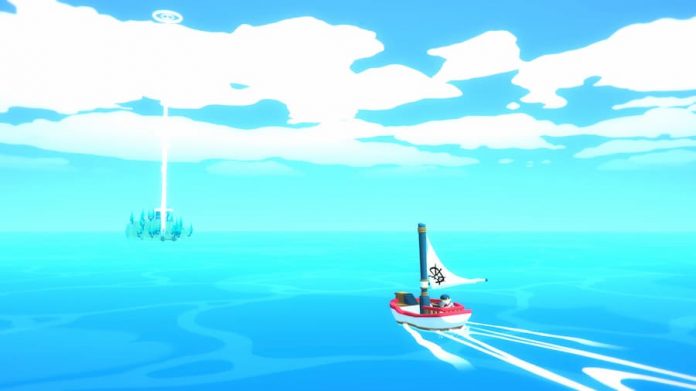 Solo: Islands of the Heart, a just-released puzzle adventure from Team Gotham and Merge Games, isn’t about its protagonist. Rather, it’s about you.

Not just about you; but the one(s) you love. Solo is built entirely around the theme of love, and rather than settling for mere metaphor, it wants to know about your exact experiences with the subject.

Off the bat, Solo wastes no time in getting personal. It asks you your gender preferences (male, female or non-binary), then asks you about those you love: if they’re the same gender, the opposite gender, or either. You can then choose one of three characters to represent you.

As you play through Solo‘s three islands, you’ll be asked a series of questions about your personal experiences with love and your opinions surrounding it. Are you currently in love? Do you see your current love lasting forever? Should love be exclusively between two people?

A video game hasn’t asked me such direct, personal questions since 2011’s Catherine; it feels a little jarring and uncomfortable at first. But Solo doesn’t mind how you answer, nor will it use the choices you make in any way. Its questions serve only to provide you with your own personal narrative; an introspective dialogue with your deepest thoughts and feelings. 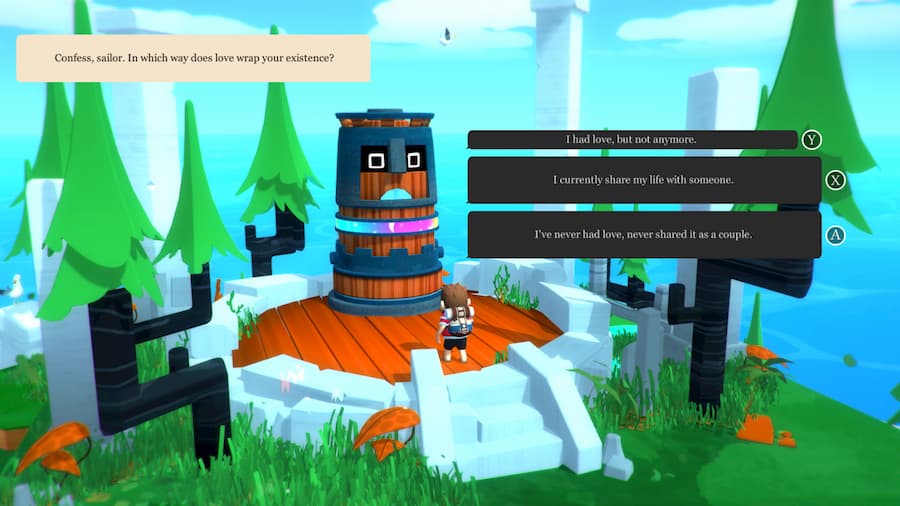 Solo‘s gameplay is straightforward; activating a lighthouse will awaken a totem, and when you interact with that totem, it’ll ask you a new question about love. The totems are also key to progressing through the game, with a new area unlocking each time. The lighthouses and totems are generally not easy to access however, and creating a path to them is where Solo‘s puzzle elements come in.

To solve these puzzles, you’ll need to move around blocks, use air vents to lift you up, and a parasail to reach new platforms. Solo claims that there’s no one single solution to its puzzles, and that’s probably true; you can go about the game however you see fit – although its scope is pretty limited. 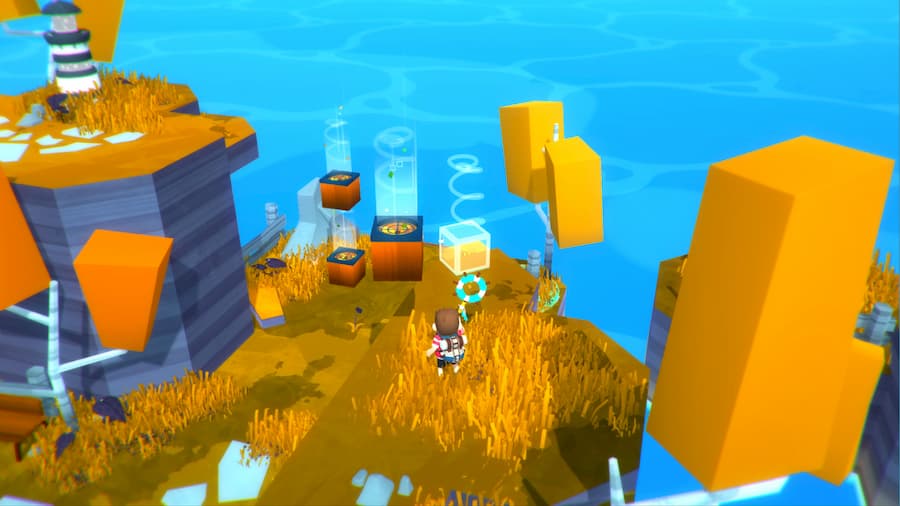 Solo‘s presentation is rather basic, but it’s charming. Bright, bold colours adorn the game’s three islands, with blocky textures creating a simple but eye-catching art style. The only thing that lets it down is an unwieldy and often glitchy camera. While Solo‘s camera tends to follow your character, you can also control it yourself with the right analogue stick – which you’ll need to do at times to get a clear view of where you’re going. But should you be in too tight a spot (and none of Solo‘s landscapes are particularly open) you’ll likely find your view obscured by a wall. It’s also not unusual to find the camera pointing too far up or too far down. Getting it to stay just right is an insurmountable task.

It’s a little distracting at times, but thankfully the camera never becomes too off-putting. Solo‘s quirky charm is enough to spur you on to the next puzzle, where another question about love awaits you. 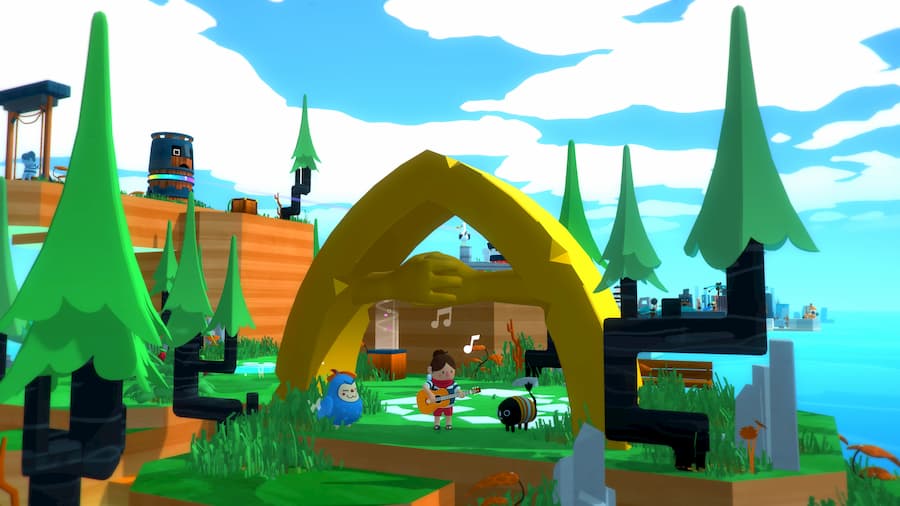 Between the game’s main puzzles are a few side-curios to entertain yourself with. Around Solo‘s islands you’ll find an array of weird and wonderful animals. Dog-like creatures demand your attention, but some won’t let you pet them until you’ve found them some food. Other creatures may ask you to pull out a guitar and strum a song for them, and another will task you with taking a photo of a particular subject. You can progress through the game, skipping over these side quests, but it’s in these where Solo‘s heart and soul really show through.

If you’re a sentimental person, playing through Solo will undoubtedly make you think about your life and those you hold most dear. And even if you’re not quite the mushy type, the game’s to-the-point way of asking you questions will make you take a look inside yourself. The puzzles aren’t going to be the most complex you’ve ever faced, but they’re fun enough and their open-ended solutions means you can take your time and approach a situation in your own way. Forget about shooting demons and looting corpses for a while; Solo: Islands of the Heart‘s a great little game to relax and reflect with.

Solo: Islands of the Heart is available on PC, PS4, Xbox One and Switch. We reviewed the Xbox One version.