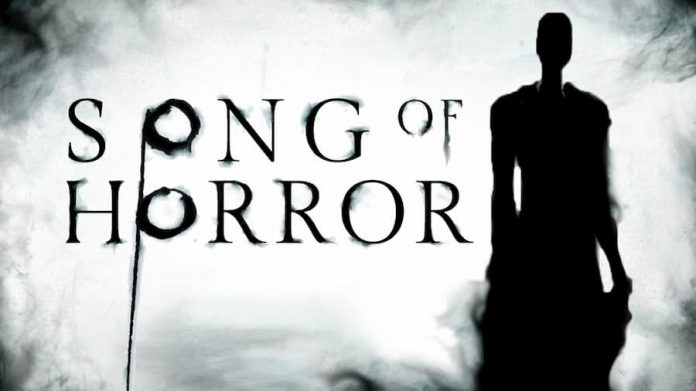 Feel the creepy Presence in upcoming game Song of Horror.

Song of Horror is a third-person horror game from developer Protocol Games. From its third person perspective to its dark, shadowy corridors,  it looks to be the love child of Resident Evil and Silent Hill – which is no bad thing.

When the game launches next month, there will be sixteen playable characters to choose from, but the preview build I’ve spent some time with let me play as two of them. Each character has their own skillset as well as a rating to indicate how good they are at those skills. It’ll be interesting to see how different each of the 16 characters are in the full version of the game, and how much they’ll each affect the overall gameplay experience.

Song of Horror‘s story follows famed writer Sebastian P. Husher and his entire family who have gone missing. These disappearances spark a horrific creature to emerge from the shadows, known only as “the Presence”.

If you die investigating these mysterious disappearances, that character is gone forever. However, a new character will pick up where you left off, so your progress is never lost. Puzzles solved, fireplaces lit, everything as you left it. Your goal, no matter how much you might not want to, is to find the Presence, destroy it and end this nightmare forever. 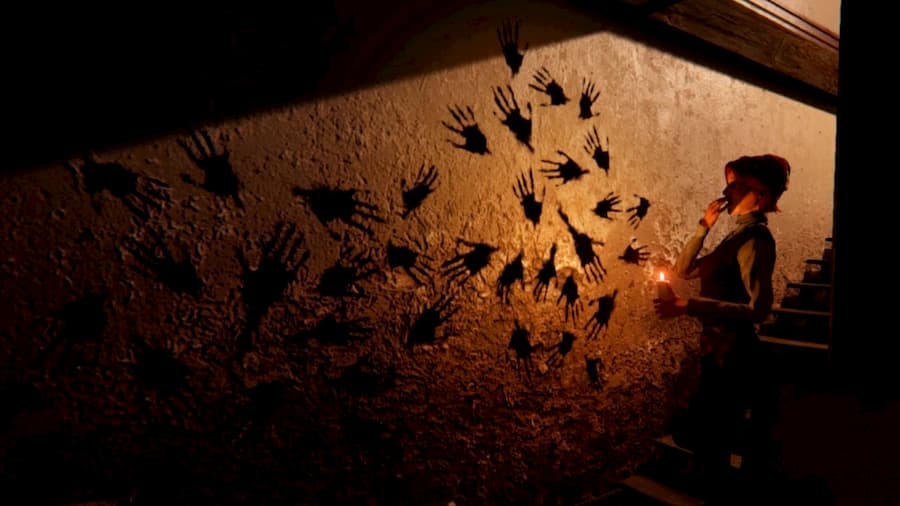 The preview build I got my hands on allowed me to play through Song of Horror‘s first chapter. It starts off in the Husher’s household, my character equipped with only a candle to explore the dark, empty rooms. Doors creak open; the floorboards groan as if in pain with each step you take. Shadows dance along the walls, and through the quiet you can hear what sounds like whispers. Could it be the wind outside, or is someone living in the house? Whatever it is that creeps around House Husher, it makes for one of the spookiest atmospheres I’ve experienced in a long while.

Not unlike walking into the Spencer Mansion in Resident Evil for the first time, entering House Husher is rather overwhelming. There are dozens of rooms to explore, and the hallways snake around each other in ways that often make you feel like you’re walking in endless circles. Then, just when you think that you’ve explored every room possible you stumble across a door you haven’t ventured into yet. 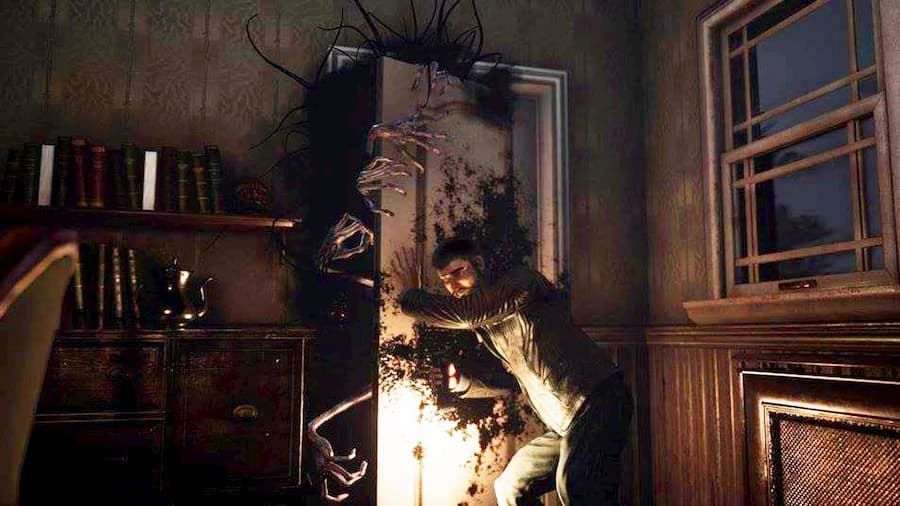 When you aren’t wandering around the twisting, turning hallways, you’ll be running away from the ever-looming Presence. It might show up out of nowhere, forcing you to run for your life – which, with the awkward PS1-era inspired controls and fixed camera angles, is quite a task. Fail to escape, and you’ll be swallowed whole before you can even take a single breath.

Most frightening, though, is that the Presence has its own AI that learns your gameplay (much like the alien in Alien: Isolation) and will try to anticipate your next moves. That means you’ll want to avoid falling into patterns, switching up your approach with each playthrough. It’s an unforgiving system that will have you cursing the heavens, but it will also spur you on, desperate to outsmart the Presence.

Song of Horror really shines in its little details, from the creepy shadows to names of the difficultly levels: M. R. James or Edgar Allan Poe. Despite having only played one chapter so far, it’s given me a lot to look forward to. For players looking to jump into a horror game that reminds them of Resident Evil, Silent Hill or even Fatal Frame, Song of Horror is definitely one to watch.

Song of Horror is set to release on PC this September.