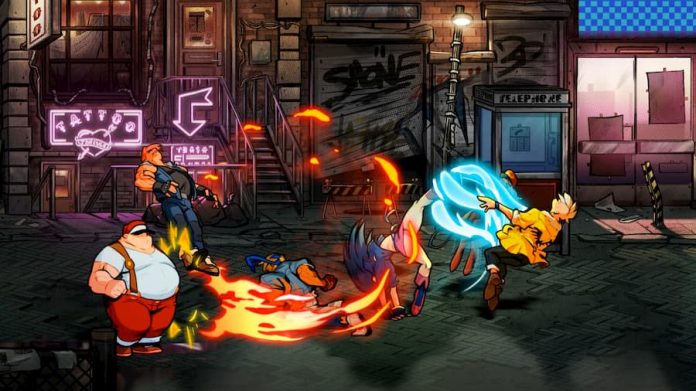 I’ll be honest, I had serious reservations when I found out there would be a new Streets of Rage game.

Sure, the game comes not from Sega but French developer Lizardcube, who had already successfully remade Wonder Boy: The Dragon’s Trap in 2017 to rave reviews, but was there still a place for an old-school beat ’em up in 2019?

I also wasn’t sure of the Saturday morning cartoon visuals replacing the neon-grit pixel art of old; not to mention this was also a sequel set a decade after the events of Streets of Rage 3, so characters like Axel are showing their age (or gut). And was there any way this new entry could provide music that would do justice to the forward-thinking techno sounds pioneered by Yuzo Koshiro all those years ago?

After sitting down to play Streets of Rage 4 though, I confidently kicked all my doubts into the bin. Forgive me for ever doubting: this game absolutely kicks arse!

I also had a chance to play Streets of Rage 2 on the Mega Drive Mini beforehand to get a bit of comparison, but Streets 4 really does just carry the spirit of the past games (with the second game being the dev’s major influence) in its simple but effective brawling. Whether it’s walking up to thugs to grab then throw them, smacking them silly with pipes, or picking up apples and roast chickens to refill your health, Streets of Rage 4 captures everything that made the series such a classic. 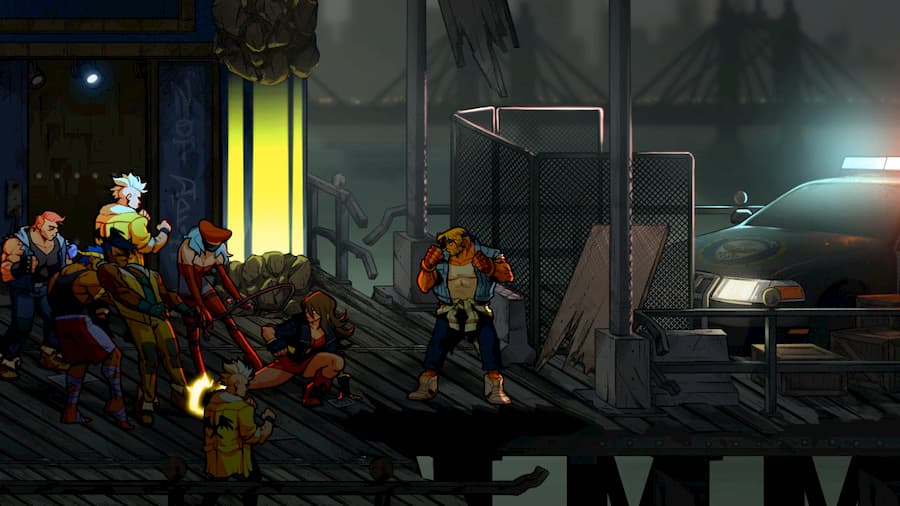 Attacks have retained their simplicity, but there has also been improvements. There’s now a proper combo system while you can air-juggle your enemies, and if you’re really good, you can even pass them over to your mate to carry it on. Or you could just knock each other out, since friendly fire still exists in this game, as it should.

The other addition is that while performing special attacks will cost you health, in a Bloodborne flash of inspiration, you can also regain this health by following it up with normal attacks – although I also encountered a few environmental hazards that can poison or electrocute you. These aren’t exactly game-changing – which to be fair isn’t necessary anyway – but they all subtly make a familiar game feel fresh without getting thoroughly gimmicky.

Streets of Rage 4 is not trying to reinvent the wheel in terms of gameplay or structure; there’s none of this loot drop or branching path business. Besides axing a timer (which never really made sense anyway), it sticks to having you traversing a stage beating the crap out of any punks that come your way, a mixture of familiar and new enemy types. 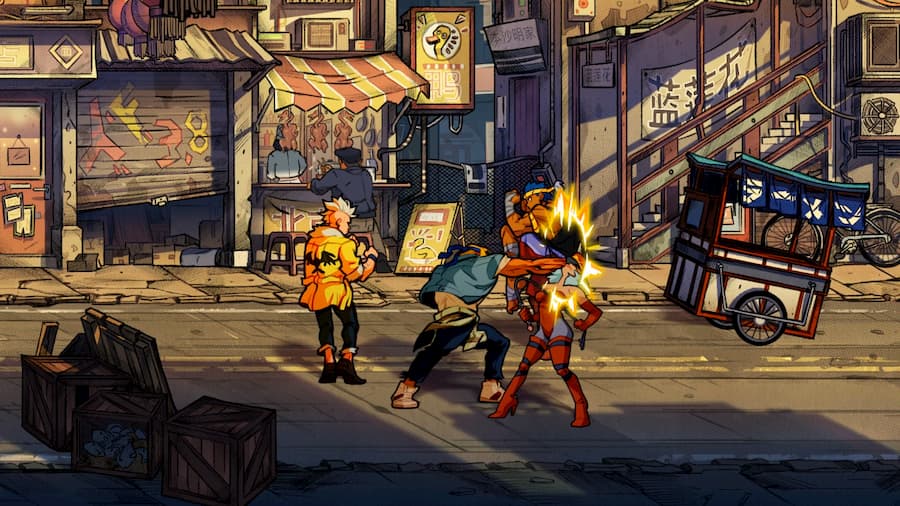 Although it would be easy to settle back in with the familiar faces of Axel and Blaze, I opted to pick newcomer Cherry Hunter, the daughter of Adam from the first game. It might be easy to compare her to Skate from Streets of Rage 2, but she’s instantly more likeable; wielding an electric guitar that she can use to either smash up foes or use its voltage to perform an AoE blast.

If I had reservations with Streets of Rage 4‘s art style before, any worries evaporated when the game was in motion. It’s hard to put into words, but it just feels right, nailing every action in beautifully animated detail while feeling every bit like Streets of Rage should. It’s a feeling that you wouldn’t have got if Lizardcube had instead opted for a photorealistic style – not to mention there’s some pretty cool touches going on in the background.

Unfortunately, owing to the set-up and environment I was in for this demo, I wasn’t able to appreciate the audio. Nonetheless, I’m confident that the soundtrack is in perfect hands now that it’s been confirmed that Koshiro is back along with other composing legends, including fellow Streets composer Motohiro Kawashima, Yoko Shimomura (Street Fighter II), Hideki Naganuma (Jet Set Radio), and Keiji Yamagishi (Ninja Gaiden). Come on; how is that not going to be the best sounding game of the year?

2017’s Sonic Mania proved that an outside developer is capable of revitalising a much-loved Sega IP. But more than another easy nostalgia play, Streets of Rage 4 really has lit up my expectations. Now I’ve had my hands on it, I’ve no doubt that it’s going to kick the old beat ’em up into the modern era as a legitimate sequel. 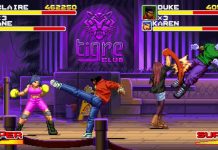 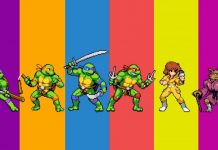