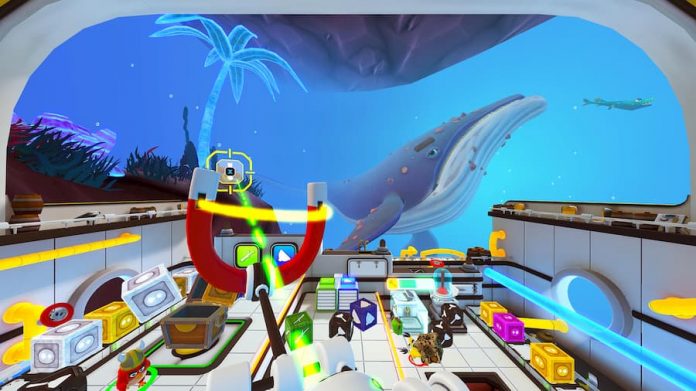 Angry Birds is back, and this time you’re not violently firing animals at walls.

Instead of inflicting horrific internal injuries upon the titular birds, The Angry Birds Movie 2 – Under Pressure, draws upon the recently released Angry Birds 2 movie, shoving you into a submarine and sending you in search of treasure.

A PSVR exclusive, it doesn’t give you much say in where you go, since your vessel is on rails, which is mildly disappointing. Though given that I’d have immediately taken the sub to crush depth, just to see what would happen, that’s probably a good thing for game’s avian populace.

Instead, your job is to keep the ship running, churning out enough plungers so that, when treasure comes into view, you can hammer the “X” button and reel it in. Under Pressure doesn’t make any use of the Playstation Move Controllers though; and as such, it feels like the game didn’t have to be in VR. Aside from looking left and right, gazing out through the sub windows into the sometimes piss-yellow ocean, the bulk of the action takes place on deck. 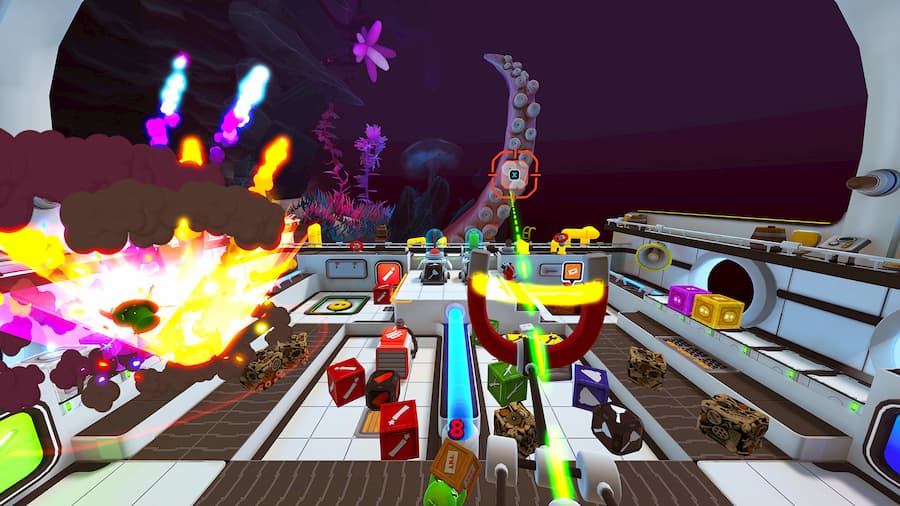 Most of the time, you’re directly controlling a crew member, crafting plungers by shoving boxes into holes, loading torpedoes or disposing of explosives when you accidentally reel in a crate of TNT. Periodically, a hazard or treasure item will appear on screen, requiring you to take action.

The further you progress through The Angry Birds Movie 2: Under Pressure, the more hazards it introduces and the more plates you have to juggle. You might be gleefully reeling in treasure, but if you’ve not thought to reload your torpedo launcher, that rock wall in your way will put a hole in your sub. Drop enough plates and your birds, along with their porcine allies, will have to learn to breath underwater. 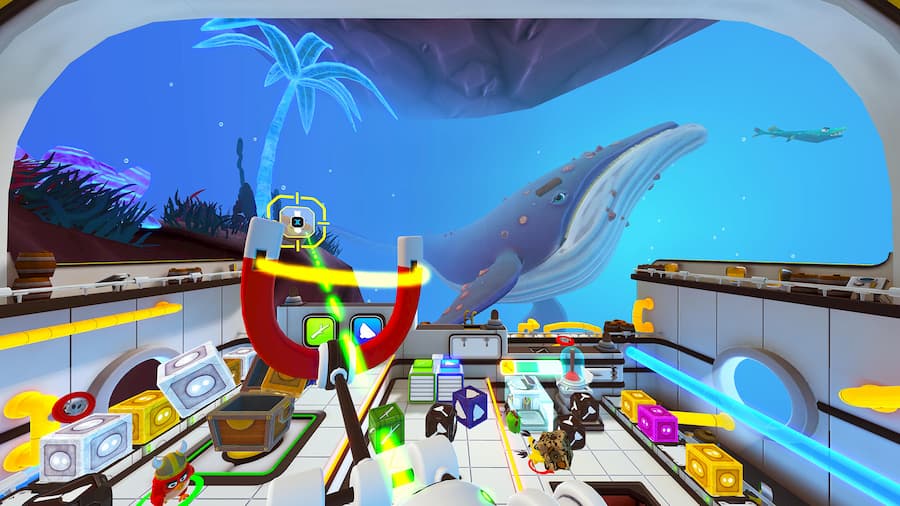 The Angry Birds Movie 2: Under Pressure is a reasonably entertaining outing, and much like its mobile predecessor, it’s ideal for dipping in and out of. In fact, if this was on mobile it’d be a fun title for younger children – but since the PSVR is only for those aged 12 or over, I can’t make that recommendation. Given that the movie has a U rating, and given how charming the game’s aesthetic is, limiting the game’s market in this way seems baffling. Nevertheless, if you’re an Angry Birds fan then Under Pressure will provide you with a few hours of colourful, subaquatic entertainment.