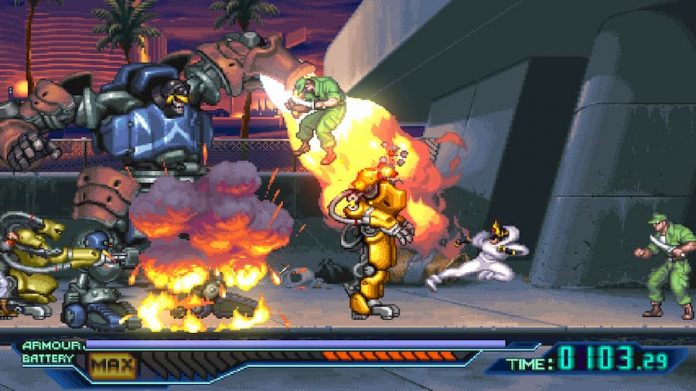 Taito’s complete remaster and upgrade of the classic arcade beat ’em up The Ninja Warriors is coming to Europe on August 30th, and to North America on October 15th.

But before you Yanks shed too many tears, the physical release of The Ninja Saviours – Return of the Warrior in North America will include some special items that are yet to be revealed, which will hopefully make up for the longer wait.

An XXL trailer for The Ninja Saviours – Return of the Warrior has recently been released, which goes into great detail about all the new stuff you can expect from the game. Check it out below.

The Ninja Saviours – Return of the Warrior will be available on PlayStation 4 and Nintendo Switch.