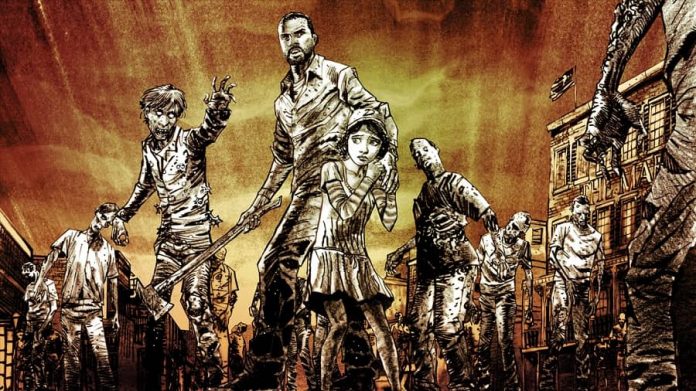 All four seasons of Telltale’s hit series The Walking Dead is coming soon, stuffed with bonus features in a shiny remastered bundle; and you can preorder it right now.

The Walking Dead: The Telltale Definitive Series, featuring all 23 episodes of the hit franchise, is shuffling onto Xbox One, PlayStation 4 and PC via the Epic Games store on September 10th this year.

If you missed out on the tense and gripping adventure series that has kept millions of gamers hanging on for each episode since 2012, then now might just be the perfect time to jump on the hype train with the rest of us.

It’s not just a low effort package of the four main seasons either; the Definitive Series will also include the mini-series TWD: Michonne, and will have remastered visuals and bonus features such as developer commentary and a Walking Dead short documentary. A music player, art gallery and 3D model viewer will also let us better appreciate the talent of the many artists who worked on the series

There will be a physical boxed release of The Definitive Series on PS4 and Xbox One, or you can preorder on digital stores for the price of £39.99/$49.99.

The Walking Dead: The Telltale Definitive Series is coming to PC, PS4 and Xbox One on September 10th.

Want to support GameSpew? Pre-order The Walking Dead: The Telltale Definitive Series using our Amazon affiliate link. It won’t cost you anything extra, but we’ll get a small slice of the purchase.