Look, summer is great and all… but can it cool down already?

We just want to be able to sit in our armchairs, controller in hand, happily playing our games, without feeling like we’re going to melt. Is that too much to ask for? These games aren’t going to play themselves, but sweaty hands on a controller don’t make for a good time!

Alas, we must power through. Even if that means aiming three fans at ourselves and sitting in our underpants (sorry/not sorry). Here are the games that we’ve been sweating over this week.

Rich: I spent last weekend killing lots of Nazis, and I had considerable fun doing so. Wolfenstein: Youngblood may be light on story compared to its predecessors, but its gameplay certainly makes up for it. And it’s even better if you play it in co-op.

Moving into the week I then focused my attention of Kill la Kill: IF, a game that’s entertaining enough but shockingly light on content for its asking price. And like most games based on anime, it has absolutely batshit crazy story. I’ve also been playing the PC version of Beyond: Two Souls. I remember liking it when I played it on PS3 many years ago, and it’s still very good now. It looks great running at 4K resolution with max settings, too.

This weekend I plan on doing battle with big mechs and putting my strategy cap on.  A strange mix, but I’m looking forward to it.

Kim: Most of my gaming time this week has gone into the old-school point-and-click game Secret Files 2 on Nintendo Switch. It first came out on PC back in 2009 – yup, 10 years ago – and it’s recently resurfaced on everyone’s favourite handheld hybrid. Its age shows, mainly through its awful cutscenes and questionable voice acting, but it’s a decent enough point-and-click adventure if that’s your kind of thing.

Of course, I’ve also been tapping away at Mighty Quest for Epic Loot on my phone. It’s more just out of diligence more than anything now; it’s still fun seeing my character become more powerful, but it’s much slower to level up now. But someone has to write those weekly challenge guides.

Chris:I played and, in under two hours, finished Wolfenstein: Cyberpilot. You can read my review here, but I wasn’t impressed – the game feels like a glorified tech demo and, against all odds, manages to make robot-inflicted Nazi slaughter dull. It also got me thinking about the free Rogue One X-Wing mission that was released for Star Wars: Battlefront.

It’s baffling why there hasn’t been a full Star Wars VR starship game. The PSVR is at its best when you’re playing seated, since it has problems when you turn around. And being in the cockpit of an X-Wing, Snow Speeder or even a Tie Fighter would be enough to get me to fork out my money.

Aside from the disappointing Cyberpilot, I’ve also been playing Silver Chains on the PC, a haunted-house style game which is coming out on Tuesday. Can it stand out in a market that’s been saturated by spook-em-ups? You can read my review next week.

Stan: I made a decision that I’d get more active this summer. No more wandering around Hyrule or Novigrad. Nope. Time to get fit. With that in mind I sunk lots of hours in to Fifa 19’s Ultimate Team. Much more sporty and active, right? I really don’t know why I do it to myself – Fifa’s been the same for so long and is missing a lot. Sure, Fifa 20 will add VOLTA, but I decided to write about the 10 changes fans actually want to see in Fifa 20.

I also kept on my health-kick by getting my hands on Cricket 19. It wasn’t easy – almost made it to the boundary. I’ve been really enjoying my career mode: beginning as a nobody and constantly working on improving my physical skills until I make it to the top. I’m not quite there yet, but when I am I’ll be happy to say that I’ve met my summer goal! You can read my thoughts on the game on Monday.

Becca: This week I played a lot of different things. And it’s only going to pick up as we head towards the end of the year! I picked back up the dating sim based in 19th Century England, London Detective Mysteria. It was a great joy being able to revisit those beautiful boys. I also played the remastered version of 2015’s 60 Seconds!, 60 Seconds! Reatomized. I was able to introduce my roommate to the game, so it was extra fun revisiting it and showing them why I love it so much.

Finally I played the lovely adventure game Vane where you play as human who can transform into a bird. Or is that a bird that transforms into a human? Either way, it’s a beautiful open-world adventure with puzzles and lots to explore. The moments where you’re in control of the crow in flight are so relaxing and part of what makes the game so enjoyable. 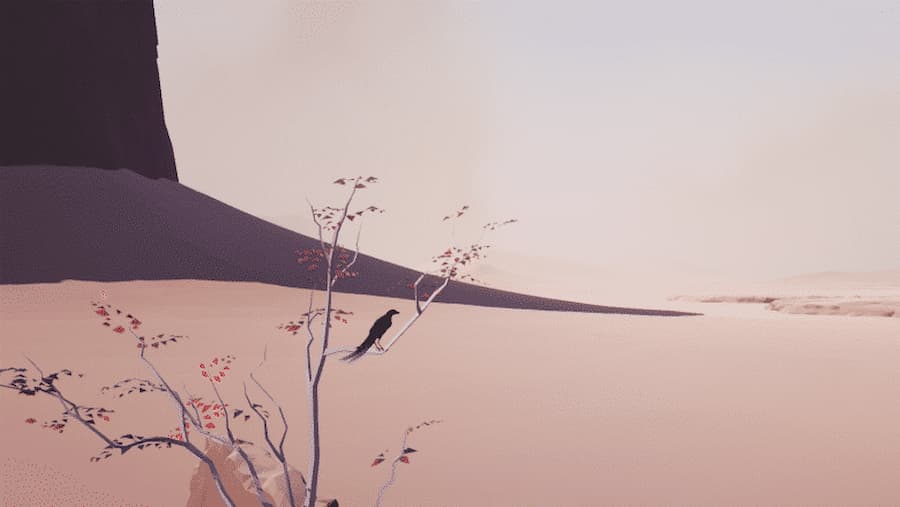