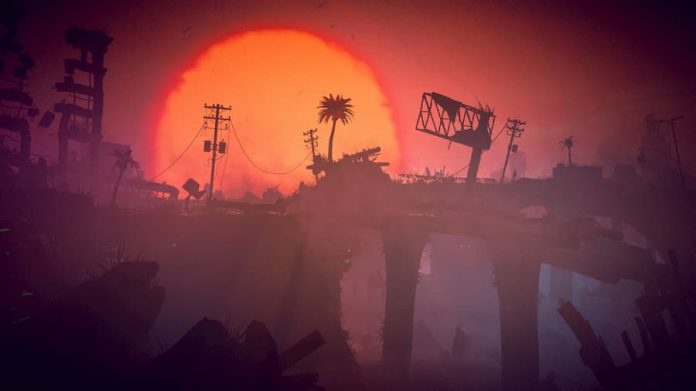 Out now from Double Fine and Bandai Namco, RAD is a Rogue-like adventure set in a far-out post-apocalyptic world.

It’s heavily 80s-inspired, so as you wander around its strange and delightful levels, you’ll be accompanied by a banging electro-synth soundtrack. You’ll get to enjoy a bit of 80s fashion, too – that is until your haircut is replaced with a mutated brain. Or the arm of your shellsuit turns into a boomerang. It’s all fair game in RAD.

As a Rogue-like, though, it means RAD can be pretty tough. Those post-apocalyptic wastelands don’t go easy on you, and if you’re not prepared it’s easy to die in mere minutes. To get the most out of your adventure, we’ve put together a few tips. Give them a read through in order to become, well, more rad at RAD.

Unless you’re playing the daily challenge mode, RAD doesn’t give you any timers. You’re not against the clock in any way, so that means you can go at your own pace. Absolutely do. Don’t rush through the game; take your time in fighting enemies, and exploring each level. If you speed through without paying attention, you’re more likely to run into danger. Take it slow and soak in everything that’s going on around you. It’ll pay off in the long run.

RAD‘s levels are decorated with various items including burned-out cars, rocks, trees and boxes. Occasionally, they’ll contain money, items or keys inside. Not always – but sometimes! It’s always worth attacking them when you pass by, just to check if anything is hiding inside. Your success in RAD often depends on having money or items available to get you out of a bind, so you need everything you can get your hands on. So give that car a couple of whacks as you walk past, or swing your bat at that tree. You never know what might fall out of it. 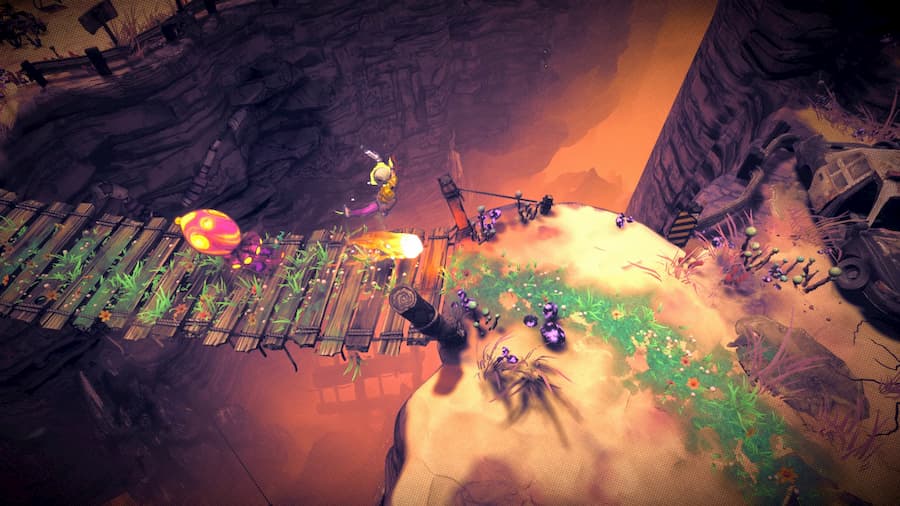 Even if you’ve already found the two or three totems you need to activate to finish a level, it pays to explore further. Killing enemies grants you rad (experience), which in turn unlocks new mutations – making you more powerful or more resilient. You’ll also find cassettes (currency), floppies (keys) or items as you wander around – not to mention the possibility of a secret area. You might be tempted to rush to the exit to get as far into the game as you can, but making sure you’ve found everything in a level before moving on can really pay off.

Ranged weapons are your friend

The tools you have at your disposal are entirely dependent on what mutations RAD decides to give you first, but if you happen to have a ranged exo-mutation, make sure you use it. Being able to fire projectiles at enemies from a safe distance makes combat so much easier, and drastically increases your chances of surviving. Sure, getting up-close and personal with your baseball bat might be tempting, and it’s fine if you’ve only got one enemy to contend with. But you’ll often find yourself faced with six or more – and in those instances, make sure you fire your ranged weapon and keep your distance. Remember, you can aim where your projectiles go by using the right stick.

Make use of dodge roll

Pressing the left shoulder button in RAD sends you rolling out of harm’s way. Act like this is Dark Souls and use the crap out of that dodge. Most enemies have particular attack patterns, so you’ll need to pay attention and time when to attack and when to dodge. Unless you have a ranged weapon, in which case you should just keep a safe distance and fire away. 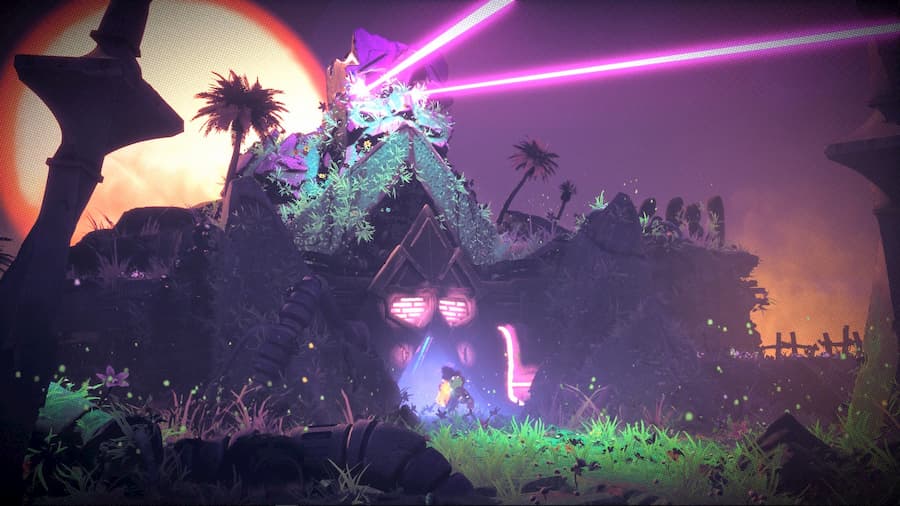 After every level, you can return to RAD‘s hub world (the place where you started) by using the left-hand portal. In the hub, you can visit the bank, where you can deposit or withdraw cassettes. Make sure you bank your money regularly. It’s not unusual to pick up a couple of hundred cassettes on a level, and there’s no reason to have that much money on you at any one time – you just stand to lose it when you die. Deposit it in the bank, and leave yourself 40-60, just so you have enough to buy essentials.

Providing you’ve deposited at least 100 cassettes in the bank, you’ll have unlocked platinum bank membership, meaning you can withdraw cash in levels and buy things charged straight to your bank account. That means if you later see something more expensive in a shop that you simply have to buy, you still have that option – but your money is safely stored in town.

As you explore RAD‘s levels, you’ll come across various lock boxes (essentially chests), containing all kinds of goodies. None of these lock boxes are free, though: they’ll cost between one and three floppies to open. You can generally gauge what might be in a lock box by its cost: one floppy will generally have a low-value item; two floppies will have a higher value item or a low-value artifact; and three floppies will have a high-value artifact or a mod.

It’s wise to save floppies where you can, so only open a chest if you need something. If you already have an item, there’s no point in opening a one-floppy lock box, and perhaps not much point in opening a two-floppy one either. The more expensive lock boxes are more likely to contain something game-changing, so it’s useful to save up for these. 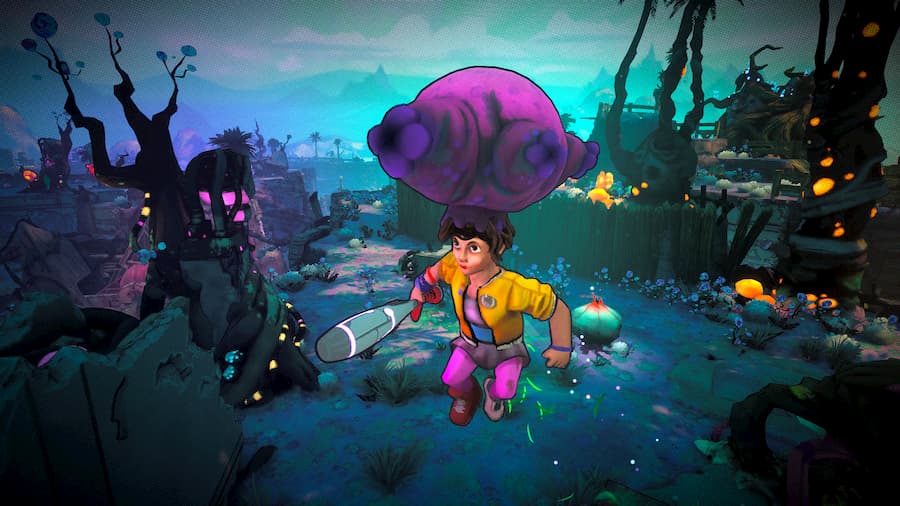 Collect as many floppies as you can

Lock boxes aren’t the only things that require floppy disks to open. Many levels contain either caves or underground bunkers that need floppies in order to access. And these places are often treasure troves, so it’s worth visiting them. It’s also helpful to have a wealth of floppies later on in the game. In later levels you’re  more likely to find yourself needing health, so being able to open lock boxes in case they have a useful item can be a lifesaver.

You can often buy a floppy disk from a vendor for 6-10 cassettes – a nominal amount, once you’ve completed a couple of levels. It’s worth picking them up every time you come across one.

Scour the map for secrets

As just mentioned, many levels contain caves or underground bunkers that you’ll need to unlock with a floppy. They’re not always very visible, so pay attention to the environment. You’ll find doors to caves in rocky walls, usually in cavernous areas on the map. These might be facing away from the camera, so they might not be visible – but once you’re close enough they’ll show up on your minimap. Underground bunkers, on the other hand, look like manhole covers and you’ll usually find these on higher ground.

Both are worth exploring. Bunkers are often a great resource for money and keys, and also often have a high-value lock box inside. Caves on the other hand are often filled with monsters, but have a number of secrets inside.

While RAD doesn’t have any difficulty options, it does have a range of assist features hidden in the menu. Go to the options menu, then gameplay, then press X (on Xbox, square on PS4) to access them. Here, you can enable options that allow you to start with more health, deal more damage, negate fall damage, or start out with a ranged weapon. Enabling these might feel like cheating, but they’re there for a reason. If you’re struggling to get far in RAD, remember they’re there. You don’t have to turn them all on, but one or two may make all the difference.