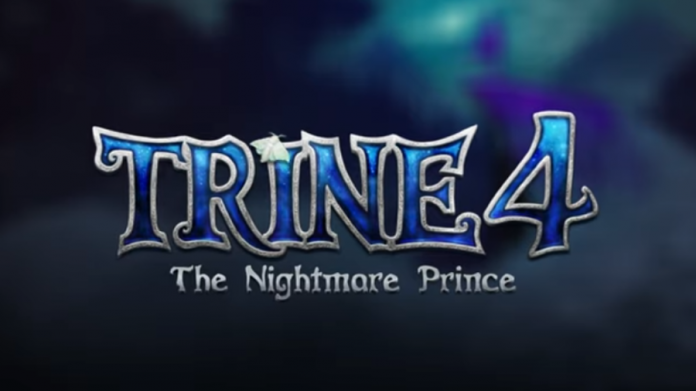 The latest addition to the hugely popular Trine franchise finally has a release date, and it coincides with the release of Trine: Ultimate Collection, which will include all four instalments bundled with a load of bonus content.

The genre of the Trine series is quite hard to pin down. It’s part side-scroller, part puzzle-platformer, part action-adventure and part RPG; all rolled up in a gorgeous fantasy world of magic and sorcery. Trine 4: The Nightmare Prince has been long awaited, but we finally have a release date of October 8th.

A new release date reveal trailer boasts improved combat and skills, and demonstrates some of the lush environments and fun physics-based problem solving the series is famous for. You can watch the trailer below.

The Trine: Ultimate Collection will include Trine 1, 2,3 and 4, the series original soundtrack, a digital artbook and a Trine 4 physical world map. The map will also be available to those who buy Trine 4: The Nightmare Prince at retail. Both Trine 4 and the Ultimate Collection are available to pre-order now, and those who pre-order either game will get a bonus level for The Nightmare Prince.

Trine 4: The Nightmare Prince and Trine: Ultimate Collection will launch on PS4, Xbox One, Nintendo Switch and PC on October 8th.

Want to support GameSpew? Buy Trine 4: The Nightmare Prince or Trine: Ultimate Collection using our Amazon affiliate link. It won’t cost you anything extra, but we’ll get a small slice of the purchase.