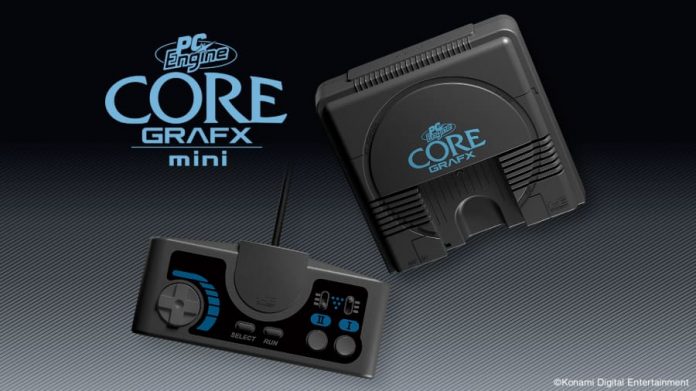 Konami’s throwing its hat into the mini-retro-console ring with the PC Engine Mini, and we now have a full list of forgotten games we’ll be able to play next March.

Following the success of the Nintendo Classic Mini and the Sega Megadrive Mini, Konami is bringing back another retro console next year with the PC Engine Mini.

Also known as the TurboGrafx-16, the original PC Engine was a games console from the late 1980s which was especially popular in Japan, and became one of the main competitors of the Sega Genesis and the SNES.

Konami announced the PC Engine Mini during this year’s E3, but we haven’t known the full collection of retro games that will be available on the new console until now.

The PC Engine Mini will feature 57 games that we thought were lost to history. The original lineup announcement featured  50 games, but seven additional titles were recently added to the roster, including the original action gorefest Splatterhouse. The final list now includes 24 English-language titles and 32 Japanese games. You can read the full list of available games below.

The following games will be available in English:

And these games will be available in Japanese:

Want to support GameSpew? Pre-order a TurboGrafx-16 Mini/PC Engine Mini using our Amazon affiliate link. It won’t cost you anything extra, but we’ll get a small slice of the purchase.