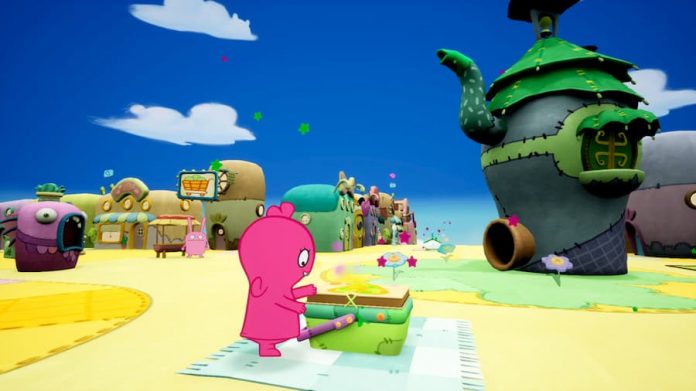 UglyDolls: An Imperfect Adventure is a video game you’ve probably never heard of based on a franchise you’re probably unaware is even a thing.

It’s also not very good, so you shouldn’t feel too bad that you haven’t heard of it.

Clearly a game aimed at children, UglyDolls: An Imperfect Adventure is set in the gloriously hyper-coloured town of Uglyville, a hand-crafted town where imperfect stuffed toys, rejected from the construction line, go to live out their days. From Outright Games, a studio that seemingly sprung out of nowhere to bring us a range of middling family-friendly TV and movie tie-ins, it’s based on a movie. In turn, that movie is based on a range of plush toys. Incidentally, none of that is at all relevant in the game.

The film, simply titled UglyDolls, is a colourful CGI adventure seemingly about coming to terms with your identity, not being afraid to be different, and finding your place in the world. It also looks like a lot of fun, going by the trailer. The game, UglyDolls: An Imperfect Adventure doesn’t touch on any of those saccharine-sweet yet somewhat meaningful themes. It’s simply a game set in a franchise that nobody’s even aware of yet. In the game, you’ll take control of a 2D neon-coloured character in a 3D world that’s open for you to explore. The goal at hand is to get rid of a bunch of robots that have overtaken the town. 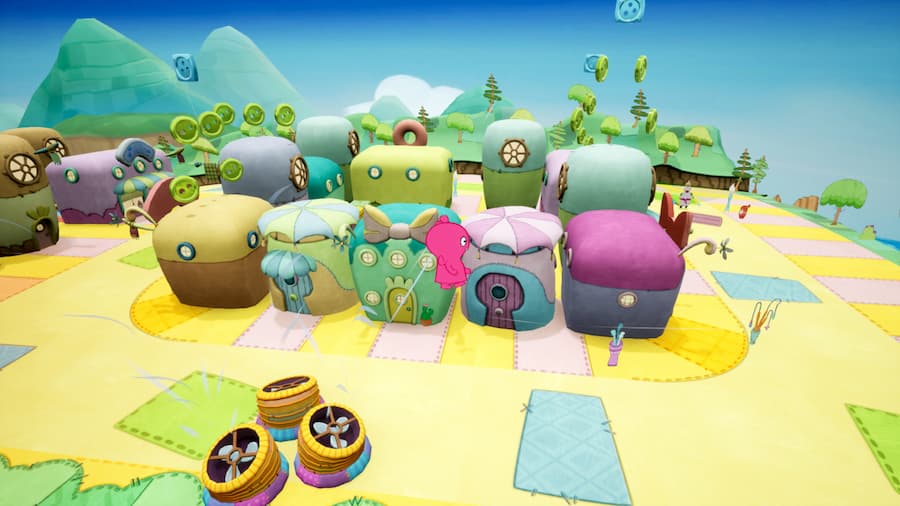 There’s a bit of narrative, but none of it really gives a great deal of backstory to UglyDolls. The (far and few between) voiced portions of exposition are actually quite funny, but the rest of the dialogue is about as inspiring as the gameplay itself. That’s to say, not at all.

Despite having an open world at your your disposal, the town of Uglyville is as dull as dishwater. Sure, it’s initially quite inviting: its patchwork floors, pastel-coloured buildings and craft-inspired visuals make a nice backdrop. But as you move around you’ll realise it’s all exactly the same. Uglyville has nothing in the way of distinguishable landmarks, points of interest, or even anything remotely unique. If you’ve seen one square metre of it, you’ve seen it all.

That soon becomes a problem when you realise the entirety of the gameplay consists of exploring this bland environment, searching for objects. The first mission is fine: you’re tasked with collecting several items, all represented by a large coin, hidden in the environment. You can use a “hint balloon” to set a waypoint to those objects if you wish. It’s fine, standard fetch quest fare. One or two of those in a game is pretty standard. 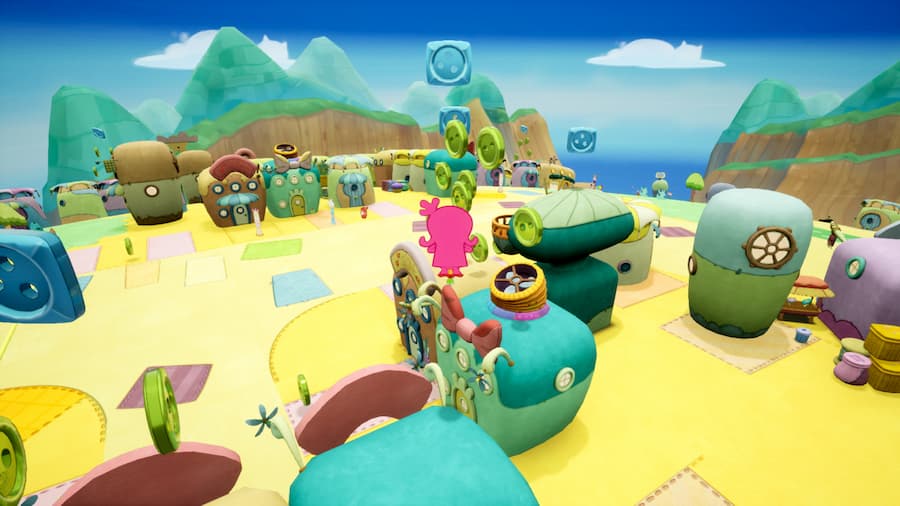 The game tries to change things up by introducing a range of craftable items that you’ll need in order to reach some of the collectable objects. There are running shoes, for instance, to allow you to move quicker for a brief period of time, and a pogo stick to allow you to jump high into the air. But in order to craft any of these objects – most are completely unnecessary, but a few are needed to complete the game – you need to loot through endless chests. They’re dotted all over the map, and they regenerate every time the map loads. There’s no challenge involved in finding them; it’s simply a chore.

The only means of danger in UglyDolls: An Imperfect Adventure comes from the robots littering the town. Coming in various forms, they’ll attack you if they see you in their sights, either charging at you, throwing a projectile your way, or warping you to another point in the map. They’re a nuisance, but considering the worst punishment, should you lose all your health, is simply being taken back to the starting position, it’s hardly a genuine threat.

A “chore” is the best word to describe UglyDolls: An Imperfect Adventure. Just because a game is aimed at children isn’t an excuse for lazy, uninspired design. With a boring world, mind-numbing and repetitive missions and a waste of its source material, this is one game not worth your time, no matter what your age.

UglyDolls: An Imperfect Adventure is available on PC, PS4, Xbox One and Nintendo Switch. We reviewed the Xbox One version.