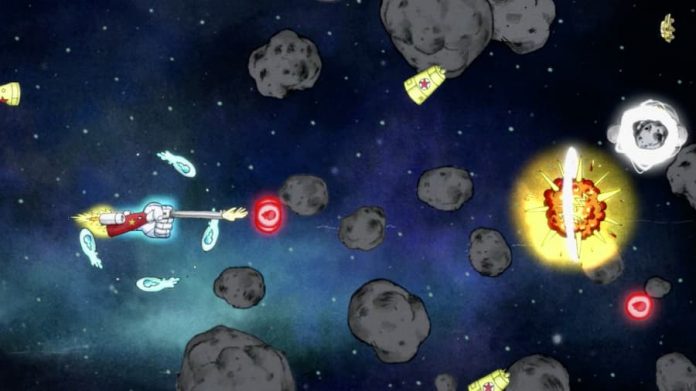 If you like shoot ’em ups and crude humour, this September is going to be good for you. Why? Because it’s when Freedom Finger finally launches.

Coming from the mind of Emmy-nominated producer Jim Dirschberger, Freedom Finger is a satirical game that blends intense shoot ’em up action with a little bit of ship-to-ship fisticuffs and a whole lot of comedy. It’s brought to life with art from the Los Angeles based Travis Millard, and voice acting by industry greats such as Nolan North. Needless to say, it both looks and sounds great.

We previewed Freedom Finger a few months ago, and we found it very enjoyable indeed. Flying through space in a ship that’s basically a hand extending its middle finger, it’s a ludicrous game that’s definitely not to be taken seriously. Otherwise you might be quite offended by it. Although there is a censored mode if you don’t want obscenities thrown at you left, right and centre. In fact, some people might find censored mode even more humorous.

Freedom Finger will launch on 27th September on Steam and Nintendo Switch. Featuring 30 levels spread over 12 worlds, it’s quite a sizeable shooter, and it has plenty of difficulty options, too; you should be able to complete it no matter your skill level. What really makes it stand out though, apart from its visuals and humour, is its rhythm based gameplay. Things like enemies, bosses and events are synced to the game’s rocking soundtrack. So, get into the music, and you might find yourself playing better.

You can see what enabling censored mode does in Freedom Finger thanks to the helpful video below. 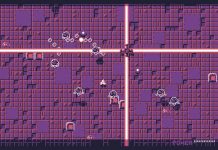