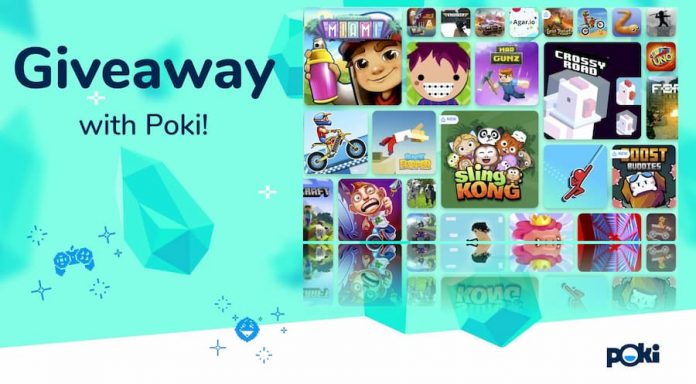 As gaming technology improves, it’s getting easier to argue that we might be losing touch with the essence of what makes our medium great.

There are still plenty of games around that encapsulate gaming in its purest form; from arcade shooters to exploratory adventures, gaming as we once knew it isn’t going anywhere. Still, in a world bloated by triple-A sandboxes and microtransactions, it’s sometimes easy to wonder where gaming went wrong.

The answer to this question is a fairly simple one: it didn’t. Gaming as we once knew it has always been around in one form or another. Back in the day, gamers enjoyed the simpler things in life – Space Invaders, Pac-Man, and Galaga – on home consoles and in arcades. Now, in the digital age, we must look to the internet and to browsers to discover the new home of old-school gaming.

That’s where platforms and portals like Poki come in. Poki is an online gaming hub for gamers of all ages, shapes, and sizes. The Poki playground is a great place to experience home-grown gaming whether you’re an overgrown kid or a literal one. There’s plenty to choose from on Poki, from arcade shoot ’em ups to more in-depth adventure gaming and everything in between. Don’t get us wrong; Poki isn’t a triple-A style timesink. Rather, it’s a callback to everything we loved about mid-2000s browser gaming. We can imagine ourselves hiding this site from our teachers in school.

Of course, gamers now are probably doing the exact same thing but with mobile devices. Mobile gaming has taken off in a massive way since the advent of the iPhone way back in 2007. Poki is no slouch in this department, either. Many of the games you’ll find on Poki got their start on mobile platforms, so you’ll be getting lots of titles you may already be familiar with. We reckon Poki is probably a better place to experience these games thanks to its controls and online integration, though.

Clearly, there are many people who agree with us – Poki welcomes around 30 million visitors to its website each month, so they’ve got to be doing something right. If you’re in the market for good old-fashioned fun without any strings attached, you could certainly do a lot worse than Poki.

When you land on the Poki homepage, you might struggle to know exactly what you want to play. That’s natural; faced with so much choice, the obvious response is to curl oneself into the fetal position and gently weep. Not to worry, though – we’re here to help you with a recommendation. Whether you’re an arcade gamer or a strategy buff, you’ll find something to like in Ukrainian developer MadPuffers’ Moto X3M. We reckon you should play Moto X3M on Poki if you’re looking for somewhere to get started.

Moto X3M will probably look fairly familiar to you if you’re a fan of the Trials series, but this game does just enough to differentiate itself and stand out. On the surface, the mechanics are pretty similar; you’re a motorcycle rider, there’s a stage between you and the goal, and you need to figure out the best way to traverse that stage and reach the goal. Along the way, you’ll collect bonus stars which can be used to unlock new bikes. It’s not the most difficult proposition in the world.

Control is where Moto X3M gets a little tricky. You’re guiding a motorcyclist through a dangerous world of tricks and traps, so you’ll need to be sharp when you’re moving. To that end, you’ve got control over your bike’s acceleration and deceleration rates, as well as the orientation of the vehicle. Flip over too enthusiastically and it’s curtains for your rider. Under-adjust for a jump and you’ll find yourself flailing hopelessly in a tiny gap, forced to restart.

That’s the beauty of Moto X3M. It’s a game that balances delicate skill with careful forward planning. Knowing the level layout ahead of time could mean the difference between skin-of-your-teeth survival and bitter, stinging defeat. There are plenty of stages on offer to help you get to grips with the core mechanics, and the extra bikes are fun. This isn’t a game that’s going to set the world on fire; it’s got plenty of analogues and it isn’t trying anything particularly new. For the low, low price of free, however, it’s hard to argue with Moto X3M’s quality.

Once you’ve enjoyed a quick Moto X3M session, listen up. We’re partnering with the folks at Poki to bring you a pretty sweet giveaway. The winner of our prize draw will receive a $100 Amazon.com voucher. Entering couldn’t be simpler. All you need to do is answer the question in the Gleam widget below.

Once you’ve answered the question, you’ll then need to provide your first name and an email address where we can contact you if you win (don’t worry; we don’t store or collect this data in any other way – we’ll only ever see the winner’s email address). You’ll then get the chance to add more entries to the competition by visiting GameSpew and Poki on Twitter and Facebook.

The competition is now closed.