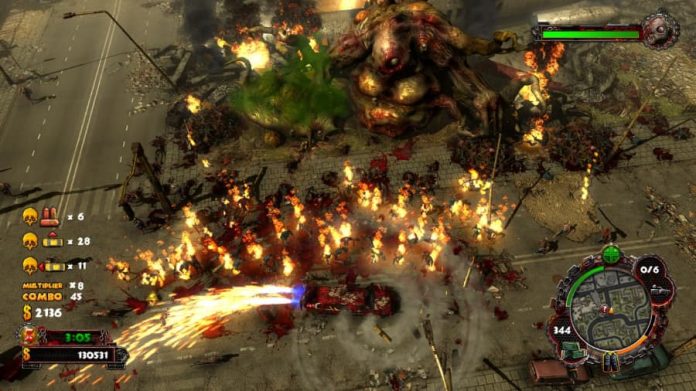 Zombie Driver: Ultimate Edition was one of the first games I played on Xbox One, and I loved it. And so it should come as no surprise that I love Zombie Driver: Immortal Edition on Switch as well.

Developed by Exor Studios, Zombie Driver: Immortal Edition is the game for those who want to destroy hordes of zombies while on the move. Including all of the DLC previously released for the game, it comprises of a campaign with just over 30 missions, a race mode with over 30 events, and a slaughter mode in which you can cause carnage in nine arenas. It’s a bit of a bargain for £13.49/$14.99, really.

While most games that pit you against zombies insist that you do so on foot, Zombie Driver: Immortal Edition demands that you do it behind the wheel of a range of vehicles. You’ll start out with a just a taxi to slaughter the undead with, but by progressing though the game’s campaign and Blood Race modes you can unlock a varied range of vehicles that each have their own strengths and weaknesses. You can speed around the city you’re trapped in sat behind the wheel of a sports car, for example, while a bulldozer doesn’t go very fast at all but isn’t really impeded when you drive through a horde of zombies. All of Zombie Driver: Immortal Edition‘s vehicles are upgradeable, too, just like the weapons that can be picked up to decimate the walking dead at range.

While Zombie Driver: Immortal Edition‘s Blood Race and Slaughter modes are entertaining enough in their own right, it’s campaign mode that will really hold your attention. Trapped in a city where nearly everyone has been turned into a shambling zombie thanks to a chemical accident, it’s up to you to save who you can while fighting against the zombie hordes. Each mission tasks you with an objective, such as saving survivors or taking down humongous zombies, and there are also bonus objectives to complete. By completing missions and bonus objectives, you unlock new vehicles and upgrade opportunities, as well as piles of cash. You won’t want to hold onto the cash though – you’ll want to spend it on both vehicle and weapon upgrades to improve your chances of survival. 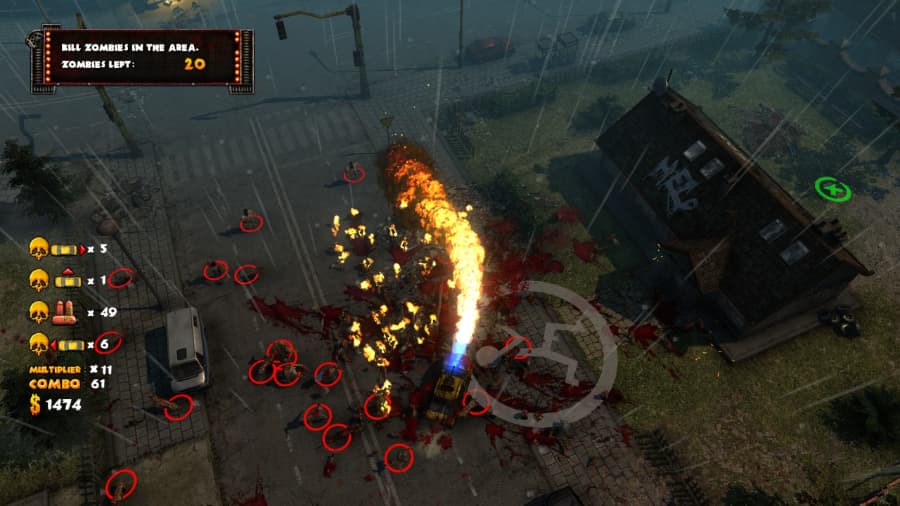 Machines guns, flamethrowers, rocket launches and rail guns are all at your disposal, though you must collect pickups while out on missions to equip them and replenish their ammo. And when you’re out of ammo with no pickups in sight, your vehicle acts as a decent battering ram (though some are better than others). You’ll find that weapons are never too far away though, and they also respawn fairly quickly once collected. Zombie Driver: Immortal Edition never leaves you defenceless, which is good because there are some enemies that you can’t or won’t want to drive into to combat them.

When you want a break from completing missions, Blood Race is the place to go if you want a quick blast of excitement. You can take part in single races or entire tournaments, competing against the CPU in three event types: Race, Eliminator and Endurance. Races have you competing for first place, but with weapon pickups littering the course and zombies sometimes getting in your way, it’s not just a simple test of your racing skills. Eliminator events task you with eradicating as many vehicles you can within a time limit. And in Endurance events you need to race though checkpoints to add more time to the clock. When it reaches zero, the bomb attached to your car explodes. 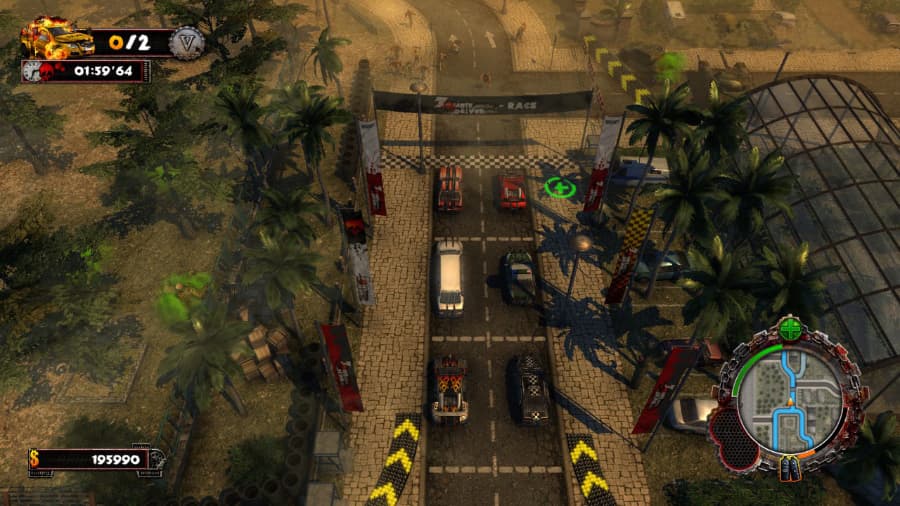 Zombie Driver: Immortal Edition‘s final mode, Slaughter, is just pure mayhem. After selecting a vehicle and an arena, it’s a fight to stay alive as long as you can. Endless waves of zombies will come at you, and so you’ll need to use all of your skills to survive. Thankfully you can upgrade your vehicle as you play, increasing your chances of success, but you’re bound to succumb to the zombies eventually. You’re likely to jump into the action again though to improve your high score. It’s just a shame that the leaderboard appears to be local-only.

Viewed from a top-down perspective, Zombie Driver: Immortal Edition‘s main problem is one the game has always had: a limited view of what’s ahead of you no matter which camera option you choose. It makes fast vehicles fairly pointless to use, especially if you don’t just want to stick to roads, as the moment you get up to a decent speed you’re likely to just crash into something that you didn’t anticipate. It’s an issue that shouldn’t suck much fun out of the game for the majority of players though. You just have to learn to be extra careful when driving fast cars. 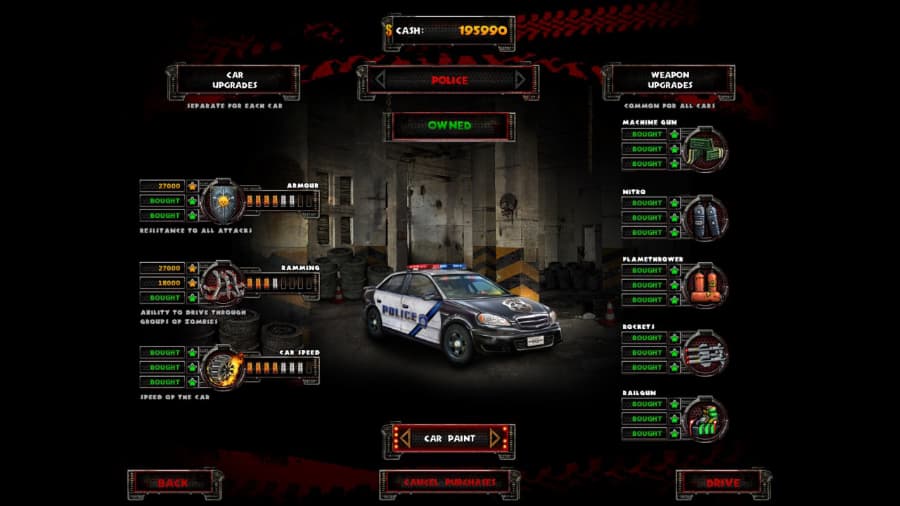 Zombie Driver: Immortal Edition on Switch provides simple fun that can get a little repetitive if played for too long, yet you’ll want return to it time and time again. Killing zombies and completing missions to unlock new vehicles and earn the cash needed to purchase upgrades is addictive. And both Blood Race and Slaughter modes provide yet more ways to be entertained. The game’s camera could definitely be improved, but only the most picky of gamers will find it really off-putting. For anyone wanting to commit some mass zombie vehicular slaughter, Zombie Driver: Immortal Edition is an absolute must-have.