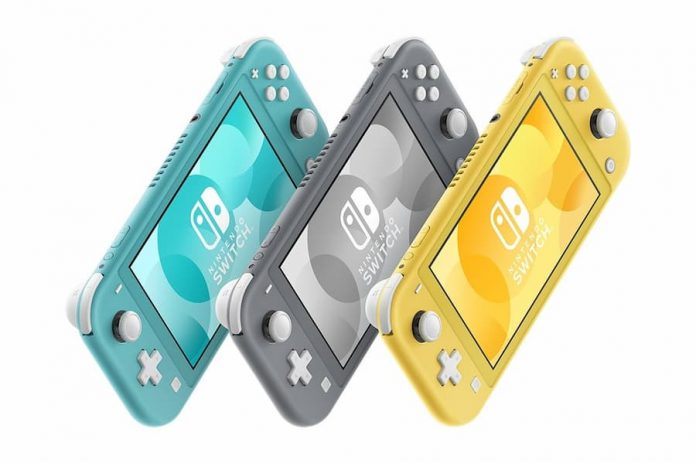 The Nintendo Switch Lite is now available, and whether you already own a Switch or not you might be interested in buying one.

The Switch Lite may look pretty snazzy and be smaller and lighter to boot, but honestly, we don’t think you should rush out to buy the thing.

If you’ve already got a Nintendo Switch you might just want to stick with that. If you don’t currently own Switch but are thinking of buying one, you should probably buy the new standard model. That said, the Switch Lite might indeed be the console for you under the right circumstances.

Shouldn’t: There’s no rumble… at all

The standard Switch features fancy HD rumble. In some games it’s a bit of a pain because it’s just too strong, but in others it’s a valuable gameplay feature. The Switch Lite doesn’t have any rumble at all, which aside from being a bit boring, might also cause some issues when playing Switch games that use rumble as a prompt. It’s not too much of a biggie, but it’s something to consider.

Shouldn’t: It doesn’t have TV out

While the majority of our time playing games on Switch is spent in handheld mode, sometimes we love to get it docked and play on a big TV. Many hours have been spent playing Taiko no Tatsujin: Drum ‘n’ Fun! this way, for example, because playing it in handheld mode would definitely strain our eyes. With the Switch Lite, you’ve got no way to output the image to a TV at all. You play your games in handheld mode and that’s it whether you like it or not. And there’s not even a built-in stand so you can rest it on a table to enjoy a game with friends. Keep that in mind.

Shouldn’t: The new standard Switch has much better battery life

When the Switch Lite was first announced we were excited about it, but then the revised model of the standard Switch was revealed and we did a 180. Why? Because the new standard Switch has a massively improved battery life. You can play on an old Switch for between 2.5-6.5 hours before the battery runs flat, while a Switch Lite will let you have 3-7 hours of gaming time. The new standard Switch, however, lets you play for 4.5-9 hours before needing to be recharged. Why Nintendo would release a handheld only version of the Switch with such a short battery life puzzles us. It really does.

If you already own a Switch, you might have fallen victim to the dreaded Joy-Con drift; an issue with the analogue stick that causes it to register movement when left in neutral. It’s awful, and more often than not completely ruins your gaming experience. With the Switch Lite not having Joy-Cons you might be jumping for joy thinking that it’ll be free of the issue, but we wouldn’t bet on it. Reports are already coming in that the Switch Lite also suffers from the drifting problem, and the worst thing about it? You can’t simply send your Joy-Cons back to Nintendo to be fixed or buy new ones. As the controls are built in to the Switch Lite unit, you’d have to fix or replace your entire console. That sucks.

Shouldn’t: It’s just not a Switch

Have you seen all those adverts where people whip out their Switches in random places such as parks and coffee shops and play games with friends and strangers? You can’t do that with Switch Lite – not unless you carry some Joy-Cons around with you, anyway. While the Switch Lite has one of the things that has made the Switch a success – portability – it sacrifices those impromptu group playing sessions. And combined with the lack of TV out, it loses the functionality that makes the Switch, well, a ‘Switch’. The Switch Lite is pretty good if you just want to play by yourself at all times, but it’s just a generic handheld. Shell out a bit more money and you get a handheld with more features, better battery life and you can use it as a console.

Should: It is a much better handheld device

Despite all the reasons above making us think that the Switch Lite isn’t worth your hard-earned cash, when one’s actually in our hands we see why Nintendo made the thing. You can use the standard Switch as a handheld, but it’s a bit on the large side. It’s weighty, too, and the detachable Joy-Cons make it a bit rickety. The Switch Lite, on the other hand, feels solid, and it’s much, much lighter.

On top of that, it’s just a hell of a lot more comfortable to hold. If you already have a Switch and never play it docked, you actually might want to pick a Switch Lite up because it’s undoubtedly a better handheld device. And if you don’t already own a Switch, well, really consider how you’re going to use it if you’re thinking of picking one up. For most, the new full-fat Switch with its extended battery life and complete suite of features will be the best buy, despite its higher price. But for those who are absolutely sure they’re only going to want to use it as a handheld, the Switch Lite might just be the best option. 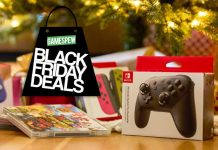