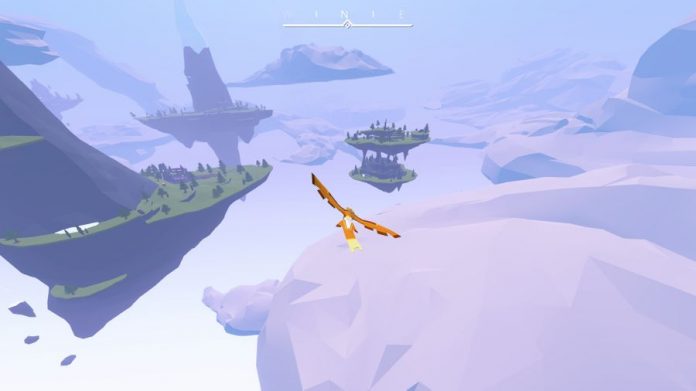 If at first you don’t succeed, turn into an eagle and divebomb everyone you don’t like.

That’s the profound, life-changing lesson I gleaned from playing AER Memories of Old, a ridiculously pretty exploration game that, having hatched on PC and consoles back in 2017, is now available on Nintendo Switch.

None of the game’s characters seemed particularly nonplussed by my attempts to sink my claws into their scalps, probably because AER has no actual combat system (though that didn’t stop me from trying).

Instead, this low-poly game has you roaming a multitude of floating islands, attempting to prevent the emergence of a malevolent being. As a Girl of Mystery (TM), you have the freedom to roam around on foot or turn into a bird and take to the skies before landing back on another island. You’ve come into possession of a mystical lantern which helps you activate shrines across the islands and solve the puzzles therein. 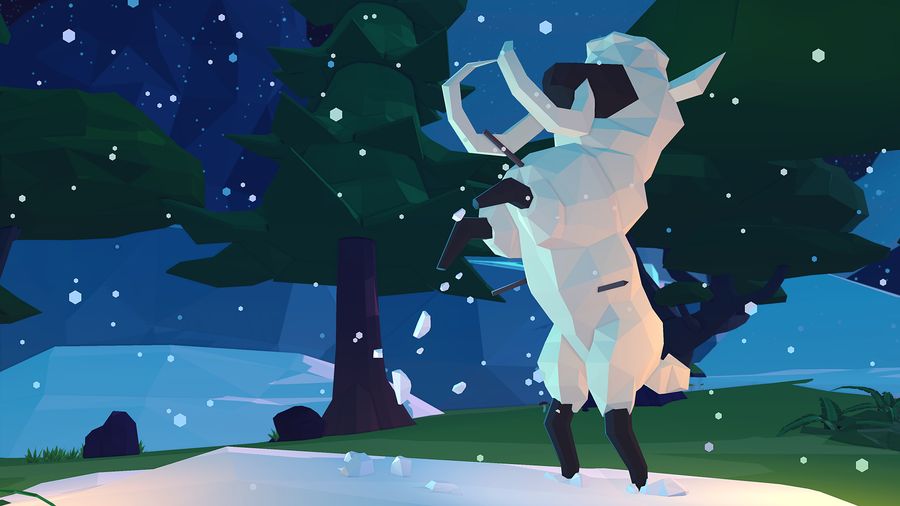 At least, that’s what the game wants you to do. In practice I spent a good hour just soaring around the game’s islands gawping at the gorgeous scenery. I stumbled across several ruins though, even following one of the character’s directions, actually locating my destination proved difficult. Having some sort of on-screen target would have been a godsend.

The low-poly look serves the game well, though I was mildly disturbed to discover that, viewed head-on, my character’s face was an unbroken stretch of skin: 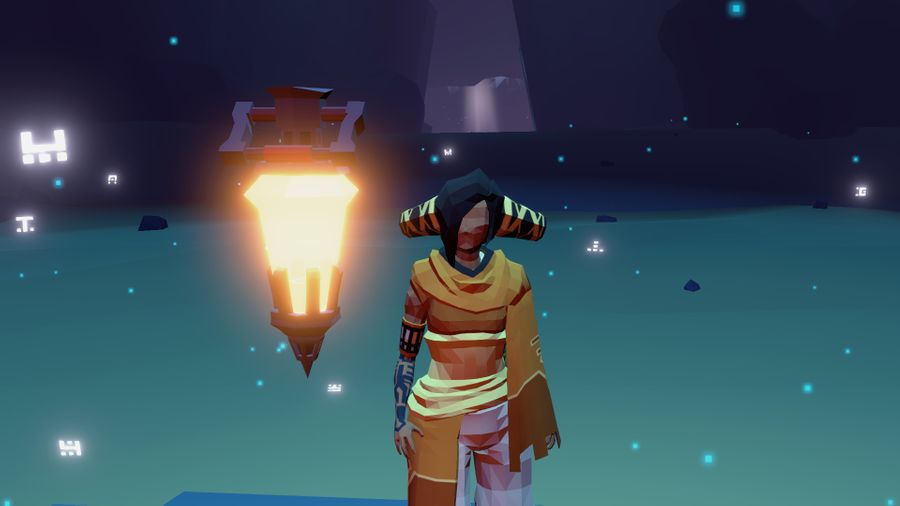 As sunny as the game is when you start out, you’ll eventually find yourself struggling to soar through blizzards. There’s no way to actually fail playing AER so you don’t have to worry about turning into an eagle-flavoured ice-lolly but it promises to make navigating a lot harder.

AER Memories of Old won’t be everyone’s cup of tea; it’s all about the journey, not the destination the lack of fighting or inability to devour small rodents might put some people off. But it’s certainly a vibrant, eye-catching excursion and piecing together the island’s mythology kept me entertained for a while.

If you feel like taking to the skies in search of mysteries, AER Memories of Old is available on Nintendo Switch right now.