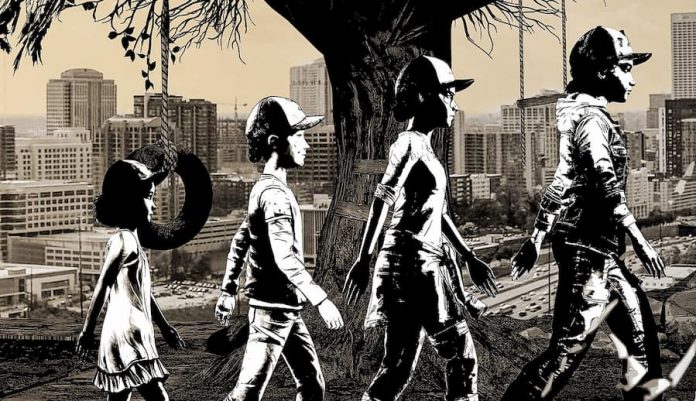 Out today, The Walking Dead: The Telltale Definitive Series is a collection of all of Telltale’s Walking Dead games.

The collection packs in numerous special features, such as interviews, art galleries and a music player. But one special feature has been sold above all others: a new “graphic black” art style across all episodes.

The new visual style, which aims to make the games look even more comic book-like, enhances blacks and darkens lines to give every image a stark contrast. It’s striking, but if you’re used to the old, more colourful style, you might not like it much.

Thankfully, you can turn off the graphic black style in The Walking Dead: The Telltale Definitive Series if you prefer the games’ original style.

When in any game, press ‘pause’ to load up the menu. In there, toggle to ‘Options’, then ‘Sound/Graphics’. You can then turn Graphic Black on or off. Be sure to save your choices then back out of the menu. Changing it in one game/episode will change it for all others, until you toggle it back on/off.

Personally, I didn’t like the Graphic Black style to begin with; it is quite a big difference. But once I adjusted to it, I can’t imagine going back. It does add a much more subdued style to Telltale’s The Walking Dead, which matches very well with their narrative overtones.