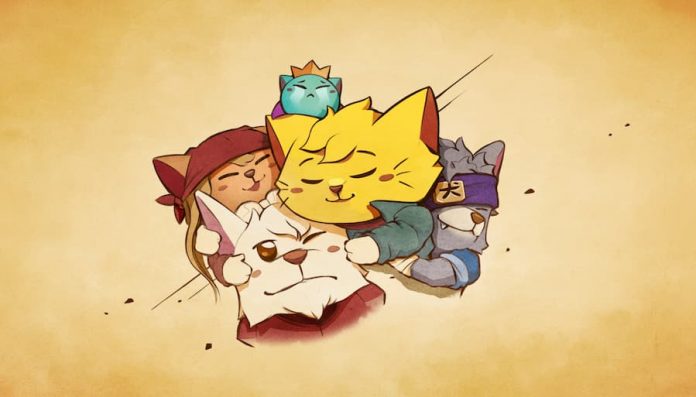 If you played The Gentlebros’ Cat Quest from 2017, you’ll know exactly what to expect from Cat Quest II.

It’s a direct sequel in every sense of the word. The map looks the same, the quests are the same, the gameplay style is the same; even the music is the same. It’s hard not to wish the developers had been a bit more daring with Cat Quest II, but as the old saying goes, if something isn’t broke, don’t fix it. And since Cat Quest was so much fun the first time around, it’s hard to lament getting more of the same.

There are some important and noteworthy differences this time around, though. It’s not just about our furry friends of the feline variety anymore; there’s a whole nation of doggos, too. That means there’s a much bigger world to explore, and you can take control of both a cat and a dog hero. The pair accompany each other at all times; as such, Cat Quest II is designed to be played in co-op, but if you’re playing by yourself the remaining hero will be computer-controlled.

A top-down RPG, Cat Quest II is, much like its predecessor, about exploring a cutesey world, completing quests and defeating foes. The main story of the game isn’t very long; four or five hours tops. But while you gain experience and level up very quickly, you’ll come across numerous jumps in difficulty if you simply stick to the game’s campaign. There are numerous optional dungeons and side quests dotted about, and completing a selection of these as you progress is key to your success. Along with levelling up, you can also upgrade armour and weapons in exchange for gold. Doing so ensures you’re always one step ahead of your enemies. 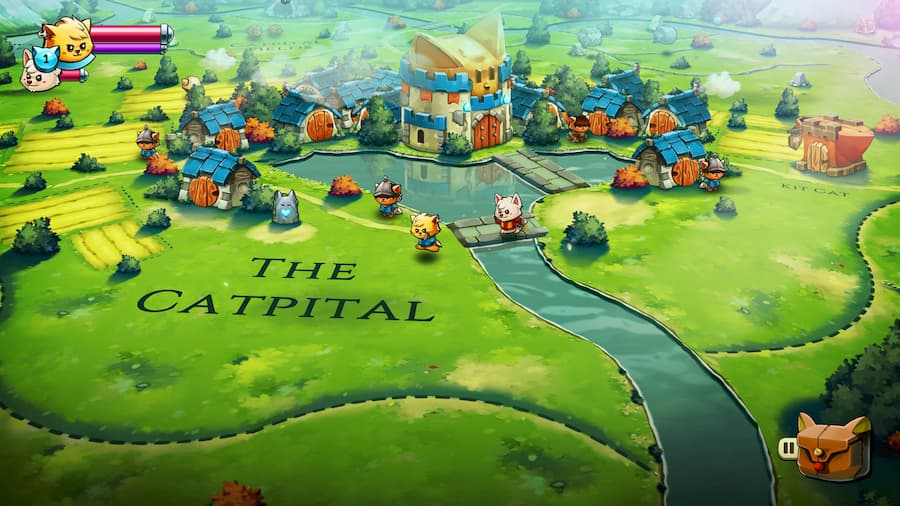 Like in Cat Quest, you can opt for a melee or a magical-focused character. Having two heroes in your party, it’s wise to have one of each; some enemies are weak to magic attacks while others will take more damage from a swing of a sword. Opting for a mage build halves your health bar, however, so keeping out of the fray and utilising your dodge roll is really important to succeeding in combat.

Not that combat is particularly challenging; for the most part, you’ll simply be hammering your attack button and dodging when you see an enemy about to attack. Cat Quest II does provide you with more magic spells than the previous game, however, allowing you to mix up your attacks even if you opted for a melee character. New spells are drip-fed to you throughout the game, but the catch is you’ll often have to go exploring off the beaten path in order to find them. Stick to the main quest line and you’ll likely only have two or three under your belt. 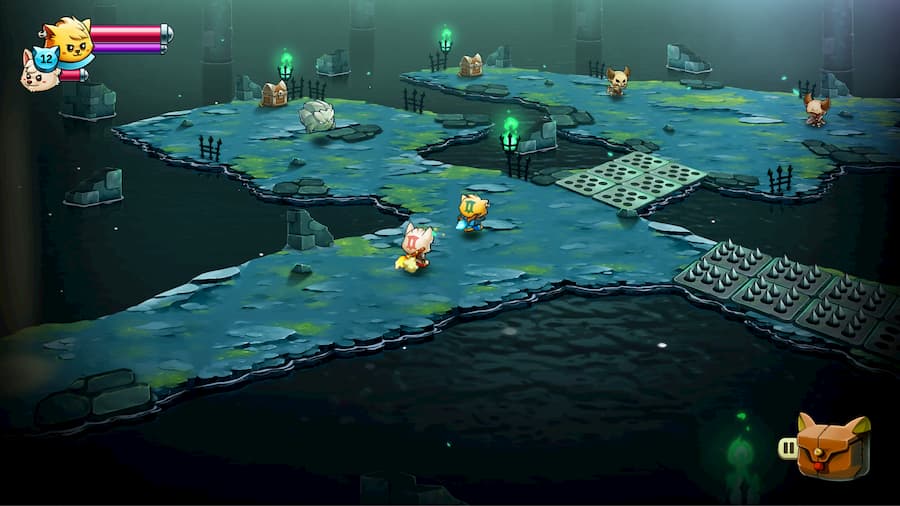 Having a much bigger map, there’s a surprising amount to do in Cat Quest II if you want it. While the main story may be over fairly quickly once you reach somewhere between level 75-80, it’s worth levelling up to the maximum of 99 as a wealth of caves and enemies demand a tougher fight from you. Granted, by that point you’ll have little use for the new weapons and armour you’ll loot, but it’s always nice to feel as tough as nails in an RPG.

Perhaps the most irritating thing about Cat Quest II is how downright stupid the AI can be at times. Your computer-controlled companion is, for the most part, utterly useless. While they may be able to inflict some damage on an enemy, it’s usually short-lived before they die. The concept of dodging is often lost upon them, and dare to equip them with a magic wand instead of a sword and they’ll refuse to attack unless they’re directly next to the enemy. You’ll spend more time trying to revive them in battle than you will actually fighting your foes, and it gets tiresome. 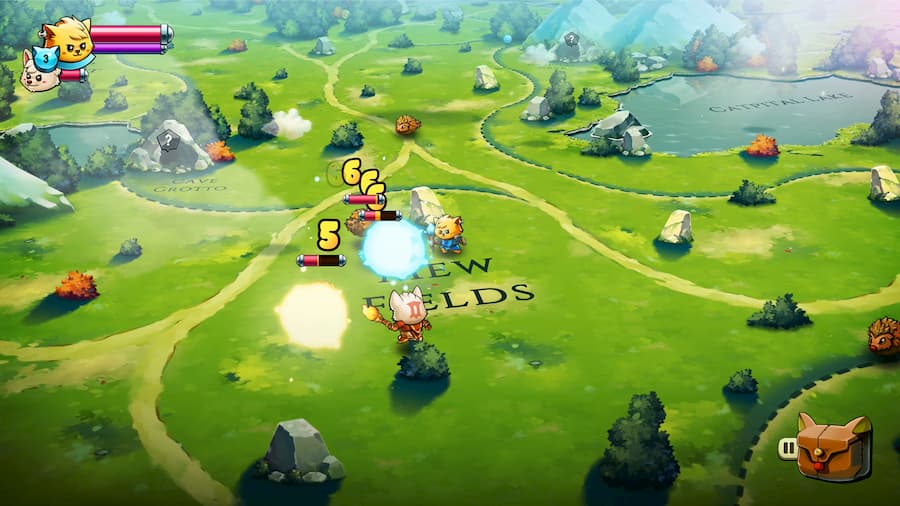 Obviously, it’s not an issue when playing in co-op (unless your co-op buddy is particularly bad at the game, of course). It’s undoubtedly the best way to play Cat Quest II; with a friend along for the ride, it’s an easy-going and enjoyable adventure. You’ll laugh together at the enormous amount of funny and cringe-worthy dog and cat puns pass you by (the body of water called the ‘Pawcific Divide’ remains one of my favourites, but the Batman-like superhero known as ‘Doge Knight’ also deserves a shoutout). But simply exploring Cat Quest II‘s world, with its wonderfully upbeat art style and repetitive but infectious soundtrack is a delight.

If you don’t have a co-op buddy on hand though, Cat Quest II is still plenty of fun by yourself. Just be prepared to get annoyed at your AI companion from time to time, but at least you can switch between either character at your will. If you didn’t much enjoy the first Cat Quest, there’s not much to tempt you into the sequel; it’s very much more of the same. But if you did enjoy Cat Quest, then that should be music to your ears. It’s everything you loved, but just more of it.

Cat Quest II is available on Apple Arcade and PC, with PS4, Xbox One and Switch versions coming soon. We reviewed it on PC. 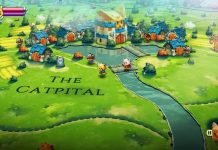