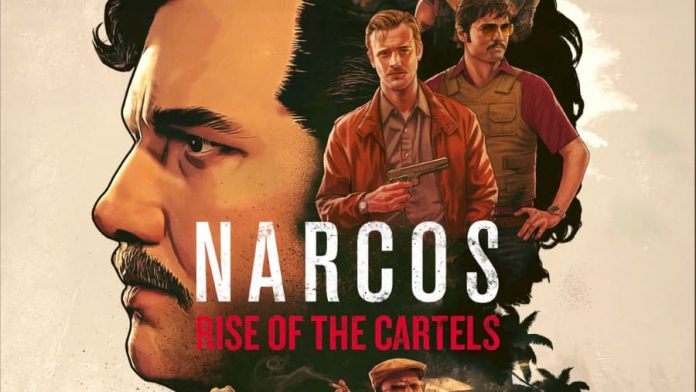 Narcos: Rise of the Cartels, a turn-based strategy game based on the hit Netflix show, is coming to PC and consoles late this year.

Narcos is a hit Netflix series based around drug cartels in the Colombian town of Medellin, and now fans will be able to play out and relive the events of its first season in Narcos: Rise of the Cartels.

In this brutal strategy game, players will be able to take the side of either the Medellin Cartel or the DEA in two distinct campaigns. Jump into this violent criminal underworld, experience iconic locations from the show and play as familiar characters such as El Mexicano, Murphy, Peña, Primo and more.

Drugs, corruption, crime, violence – experience a gripping story and witness the grim reality of the war on drugs and its effect on 1980s Colombia.

Available to preorder now, Narcos: Rise of the Cartels will be coming to PS4, Xbox One, Nintendo Switch and PC later this year. Get more details on the Curve Digital website or check out the new trailers for both the Cartel and DEA campaigns below.