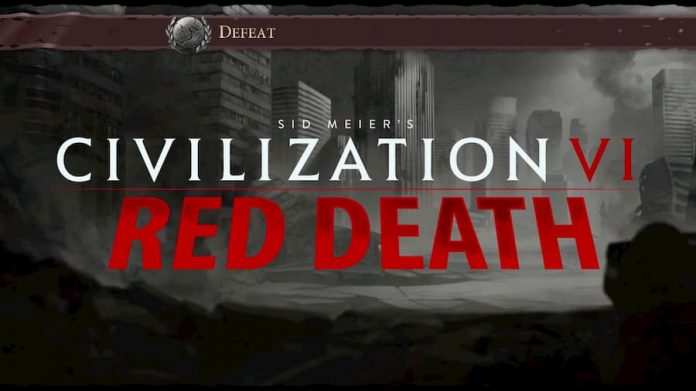 Sid Meier’s Civilization VI now has a battle royale mode, included as part of the September 2019 update for all players on PC.

The new multiplayer game mode, entitled Red Death, is a free-for-all battle in which up to 12 players compete to escape a dying planet, which is rapidly being consumed by a storm of radiation called the Red Death.

Choose between eight post-apocalyptic factions which all provide unique buffs and advantages, then fight to be the last faction standing so you can be the ones to catch the last spaceship off the planet.

Apparently the new game mode first came about as a tongue-in-cheek April Fools joke from Civilization VI‘s multiplayer engineering Lead, Bradley Olson. The team had such a great time with it, however, that they all collaborated to expand the game mode and turn it into a serious release.

Red Death is available now to anyone who owns the base game Civilization VI on PC, and for no additional cost. Check out the trailer below to get an idea of how the new game mode works, or keep up with further news on the game’s official website.