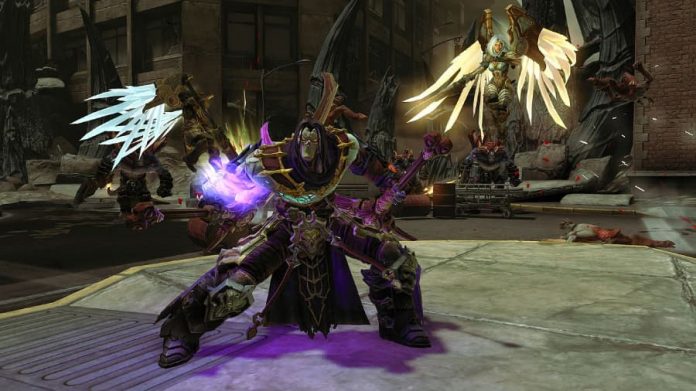 I’ve played Darksiders II, or at least the first few hours of it, more times than I care to remember now. But it never fails to keep me engaged.

With my wallet down £200 after buying a Switch Lite, the first game to christen it wasn’t The Legend of Zelda: Link’s Awakening; it was Darksiders II: Deathinitive Edition. And you know what? It was a good choice, because not only is it a great game, but it has been ported to Switch very well too.

Placing you in control of Death, Darksiders II tasks you with clearing the name of his brother, War, who those who played the first game will know is accused of wiping out humanity. Though of course, nothing is ever simple, is it? Finding himself in the Forge Lands, Death will have to overcome many challenges before he can even think about helping his brother. Though being Death and all, at least he’s capable.

The apple doesn’t fall far from the tree with Darksiders II. It’s a clear sequel to the original Darksiders, though there are some notable deviations. Some areas are much more expansive, for example, but with your trusty steed Despair at your beck and call, they can be quickly traversed if you don’t fancy going by foot. The RPG elements of the first game have been greatly expanded upon, too.

Death gains experience as he defeats enemies great and small, with level ups boosting his power and granting skill points which can be used to buy and power up a range of skills. There’s also loot, loads of the stuff, with weapons and equipment providing numerous bonuses based on their level and rarity. Some weapons are even possessed, allowing you to sacrifice unneeded items to power them up. 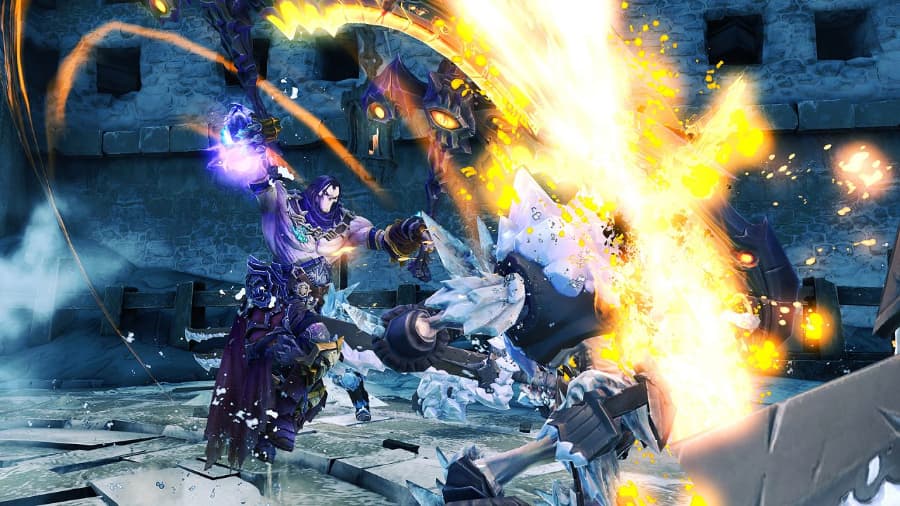 The core gameplay remains consistent between Darksiders and its sequel though; a brilliant mix of action, exploration, combat and puzzles. While The Legend of Zelda: Link’s Awakening wasn’t the game christening my Switch Lite, a game that has obviously been influenced by the Zelda series was. Death is Link, although it’s probably best if you don’t tell him that to his face.

There’s a juxtaposition between expansive overworlds, where journeying is the main focus, and tight, claustrophobic dungeons where your wits are tested just as much as your combat skills. Flitting between the two, Darksiders II manages to firmly hold your attention. It isn’t a one-trick pony, and the many strings to its bow work together to form a game that rewarding and addictive. Once you’ve started playing, you don’t want to put it down.

Only one thing sours the Darksiders II experience a little: its camera. It isn’t too bad when you’re out of combat, but feels too close to Death for you to adequately deal with groups of enemies. You’ll often be hit by enemies launching attacks from off-screen, and if you’re fighting in a confined space, using the dodge button to try and get a good view of them all results in the camera often getting stuck on a wall, making matters even worse. 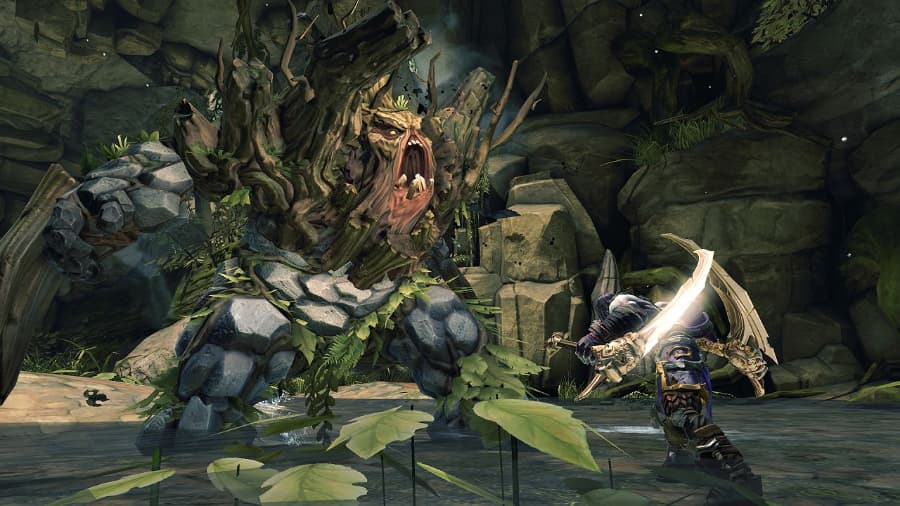 Being the Deathinitive Edition of Darksiders II, the Switch version looks better than the game’s original release, and also includes all of the game’s DLC. On a big TV the visual quality just can’t stand up to the PS4, Xbox One and PC versions, but in handheld mode it looks glorious. Performance is also good; there’s the odd hiccup when entering new areas, but nothing that proves to be a worry.

Like most games ported to Switch, if you have a PS4, Xbox One or PC and plan on playing Darksiders II: Deathinitive Edition solely in docked mode you may as well get it on another format instead. It’s cheaper, and both looks and plays better. If the Switch is all that you’ve got, however, or you plan on playing in handheld mode, you should definitely pick it up. It was one of the best games released last-gen, and with its enhancements it’s still a great game now.

Darksiders II: Deathinitive Edition is available on PS4, Xbox One, Switch and PC. We reviewed the Switch version.

Want to support GameSpew? Buy Darksiders II: Deathinitive Edition using our Amazon affiliate link. It won’t cost you anything extra, but we’ll get a small slice of the purchase.