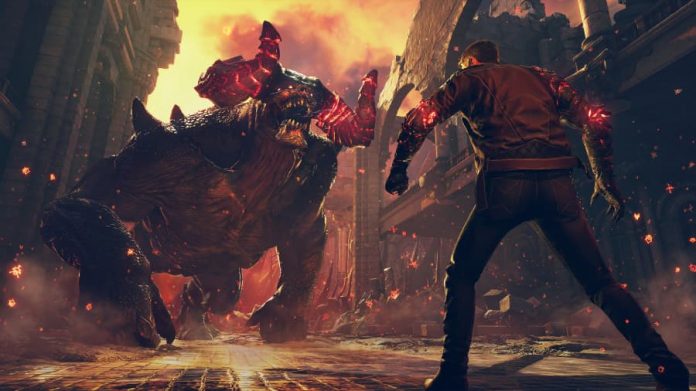 The trailer for Devil’s Hunt gave me hope that it would be good.

It’s got pretty much everything I look for in a game: action, adventure, and a story that involves me visiting hell. After playing it though, I’m left very disappointed.

Like many action games in which you build a repertoire of moves over time, Devil’s Hunt first gives you a taste of what combat is like when you actually have combat options. In a hellish sequence that you eventually realise is just a dream, you can perform standard and heavy punches, and also make use of three special abilities that are useful in their own circumstances. Then, when fighting a gargantuan boss, it’s demonstrated that you can turn into a demon, allowing you to tirelessly attack for a short while.

Despite having all these combat options at your disposal though, the opening to Devil’s Hunt just isn’t all that fun to play. Combat feels scrappy, there’s no weight to movement or your hits, and you can’t lock onto enemies. Also, while you can parry incoming attacks, getting the timing just right feels very hit and miss. Add an awkward camera into the mix and a general layer of jankiness, and Devil’s Hunt‘s opening doesn’t grab you like it should.

And things gets worse before they get better. With the dream sequence over, you take control of Devil’s Hunt‘s protagonist, Desmond, in the real world. He’s not a particularly likeable fellow, which means that when things quickly turn sour for him, you won’t really care. The gist of it is, his dream is quickly turning into reality. Finding himself in Hell, he has some important choices to make that will determine the future of humanity. 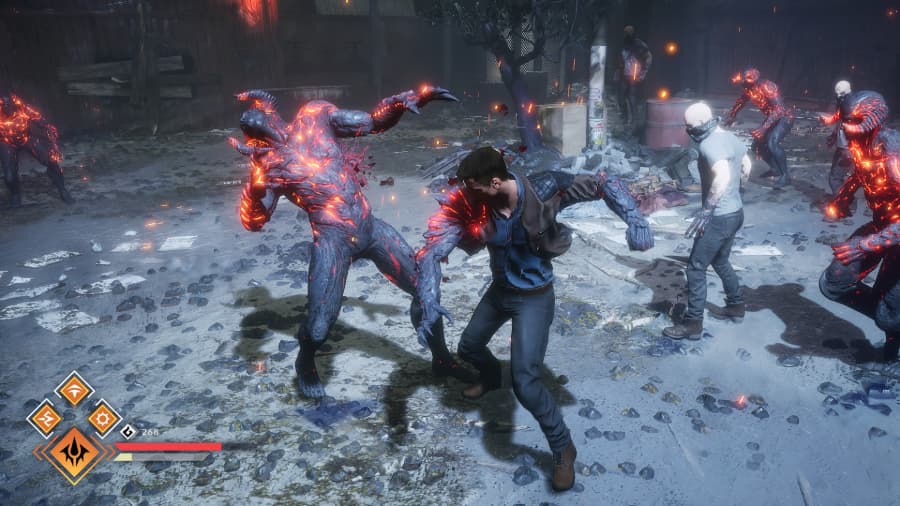 Fighting through Hell and beyond, Desmond can initially only punch his enemies to (re)death, which gets old pretty fast; you’re just hammering the right shoulder button if you’re using a controller, with the odd tap of the left shoulder button to perform a parry. Only once you’ve accepted a position as the Devil’s executor does combat begin to open up.

Three skill trees are eventually available, each offering a varied range of skills and combos. Souls are the currency required to progress through them, which can be obtained by defeating enemies or found by exploring. Quite handily, you’re free to respec whenever you want, so you can try out different skills to see what works best for you. But combat never becomes anywhere near as good as what you’d expect. The previously mentioned issues are insurmountable. The likes of Devil May Cry V and Darksiders 3 can rest easy. 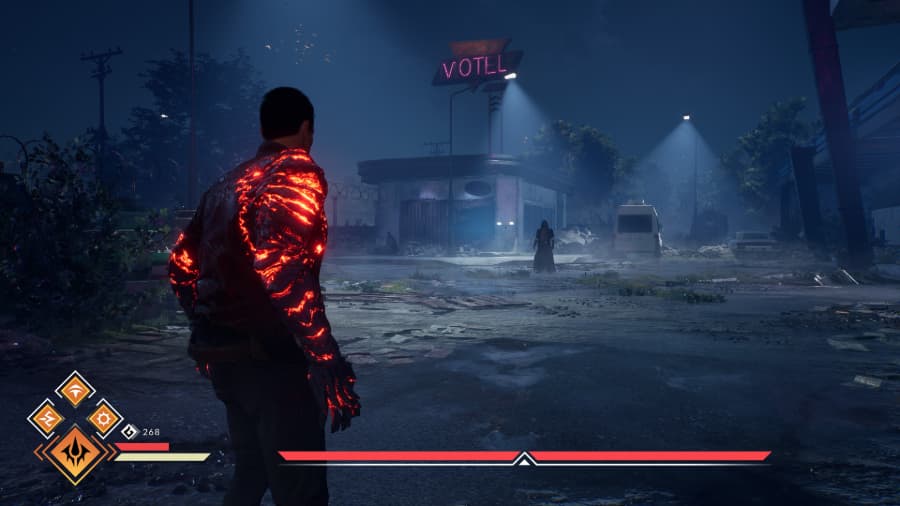 Exploring Devil’s Hunt‘s environments isn’t all that fun, either. It’s easy to get stuck on objects, and all you ever really do is progress forward while pressing A to climb up ledges, drop down ledges, shimmy through gaps or warp from one point to another. There’s no real thought involved. And it’s a shame, because Devil’s Hunt frequently looks gorgeous. It’s not a triple-A game, but the visuals will sometimes give you the impression that it is.

And so it’s a general lack of polish and some strange choices regarding the game’s combat system that relegates Devil’s Hunt to the bargain bin. When there are so many good action adventure games available all having tight, skilful combat systems, why would you choose to play one that doesn’t? There’s nothing that stands out about Devil’s Hunt that makes me say, “Oh, you might want to try it because of this!”. It’s as generic as can be. Perhaps with some further work it can be shaped up into something fairly decent, but for now you’re probably better off giving it a miss.

Devil’s Hunt is available now on PC. It will launch on PS4 and Xbox One in early 2020.