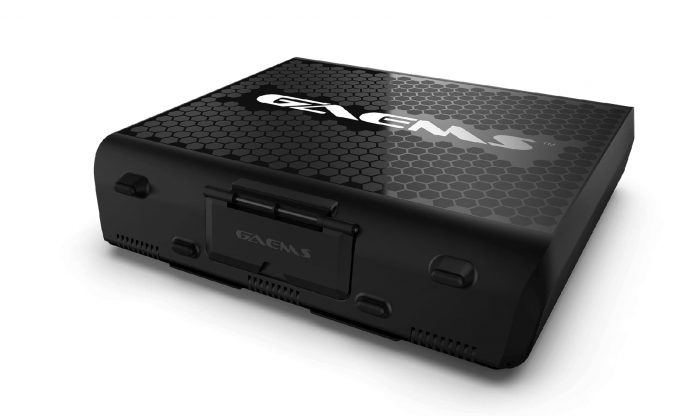 If you’re an avid gamer, being on the move a lot can hamper your playing time.

You might also simply not have the space for a TV and cabinet, let’s say, in a small bedroom. Or you might want to play a game in the dining room while someone else is hogging the big TV in the lounge. For those situations, and more, GAEMS has the solution: the Sentinel Personal Gaming Environment. And we’ve been trying one for a few weeks now.

Priced at $349.99, the GAEMS Sentinel PGE provides everything you need to be able to play your PS4 or Xbox One anywhere you have access to a couple of plug sockets. To get started, you simply remove the briefcase-like Sentinel PGE unit from its box, open it up, strap your console in place, connect the included HDMI cable between the port under the unit’s monitor and your console, then plug in power cables to both your console and unit, again, located just under the monitor.

It’s not the most elegant of setups depending on how you use it. If you’re playing on a dining room table, for example, you’re going to have two power cables trailing on the floor. Though that’s if your console power cable even reaches that far; it’s a good idea to have an extension handy. Ideally you’ll be using the GAEMS Sentinel on a desk or bed up against the wall, near a power outlet. That way, it’s less unsightly.

Once you are set up and ready to go, you’re likely to be impressed by the quality of the Sentinel PGE’s 17.3″ 1080p screen and chambered speakers upon first powering it up. Considering they’re both packed into what is essentially the top of a plastic briefcase, they do the job quite nicely, allowing you to get absorbed in the games you play. The picture is sharp with no ghosting, and colours are bright. You might be disappointed during dark scenes, however, as our review unit had very noticeable light bleed in each corner of the screen. 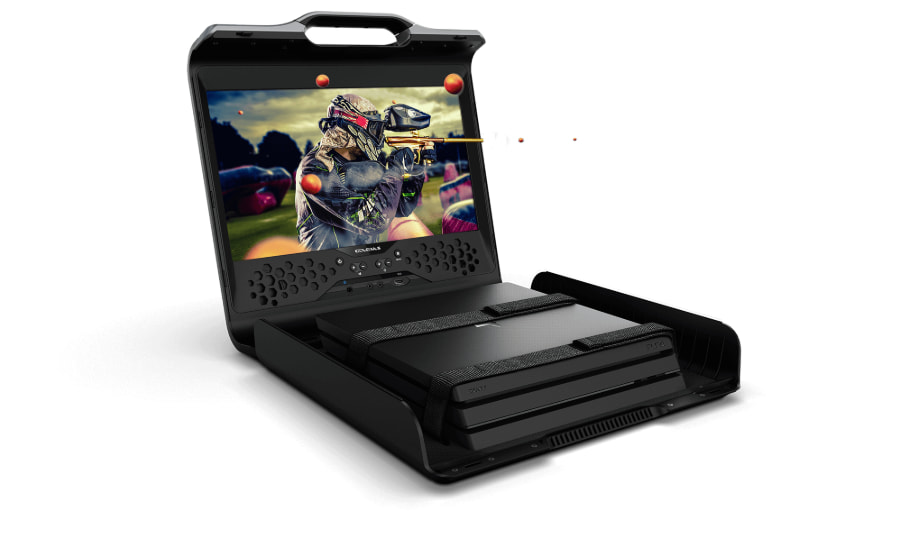 Unfortunately it’s the general build quality of the GAEMS Sentinel PGE that really lets it down. With its case composed of plastic, it both looks and feels cheap. To open it, you need to move two latches outwards while lifting the top of the case up. That’s not as easy as it sounds. And while for the most part you can slide the latches, release them, then lift the top of the case, sometimes our review unit didn’t quite release its grasp. It doesn’t give you the wow factor that you expect of something that costs $350.

Having confidence in the straps that hold your console in place is another issue, especially if you are planning on using the GAEMS Sentinel PGE to move your console around a lot. We put an Xbox One X in there, and anyone who owns one will know it’s very heavy. If the internal straps that grip your console to the padded base of the Sentinel PGE aren’t pulled tight, your console could come loose and potentially cause damage to the screen. And don’t even think about transporting any cables or controllers in the Sentinel PGE when its closed. That’s just asking for trouble.

The Sentinel PGE does come with a high quality bag to keep all your accessories in though. You could even chuck some earphones in there to make use of the unit’s audio output jack when you don’t want to be a nuisance. There’s more than enough room in there for the included remote, too. It looks a bit cheap and tacky, but it allows you to adjust the volume and other settings without having to fiddle with the buttons on the unit. Granted, that’s not much of a hardship as you’re likely to not sit too far from the screen anyway, but still, convenience is always good. 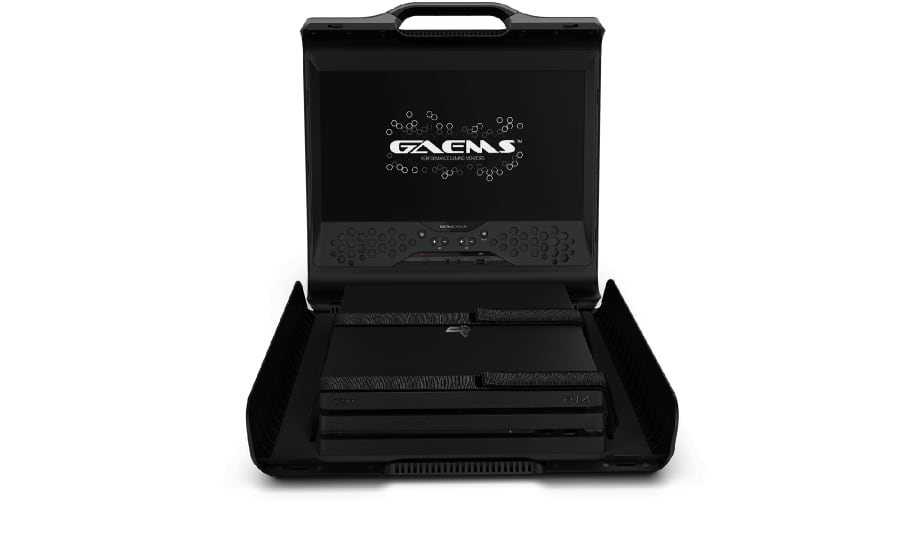 It may sound like we don’t reckon much to the GAEMS Sentinel PGE, but don’t get us wrong, there’s certainly a place for it. During the recent heatwave we’ve been experiencing, it’s proved to be invaluable. We’ve been able to set it up to allow both of us to play separate games in the living room, under the cool breeze of a ceiling fan. We could envisage taking it around to peoples’ houses to show off the latest games, too. Or take it on isolated cabin breaks for some sneaky gaming action. We’re just not sure if it’s the best option for everyone.

GAEMS also produce a portable 15.5″ 1080p monitor that might be more appropriate for many gamers with limitations on space. It’s $120 cheaper at $229.99, and comes with a neoprene sleeve for transportation. If you’re flush with money, there’s the Guardian Pro XP, too. We haven’t tried one, but it looks much sturdier, has a 24″ 1440p screen, and has internal storage for controllers and cables. It costs a whopping $700 though. There are other solutions available from other manufacturers as well. It’s a case of discovering what you need exactly.

Ultimately then, we can’t wholeheartedly recommend the GAEMS Sentinel PGE, but if you’re after an all-in-one solution it’s definitely worth considering. A portable monitor might be a better option for many, as you’ll still need to keep your cables and controllers separate from the Sentinel. But the prospect of just pulling the Sentinel out from under a bed or from a closet with the console in place, plugging in the cables and then being able to game is an attractive proposition.

The GAEMS Sentinel is available from the GAEMS website, as well as retailers such as Amazon.