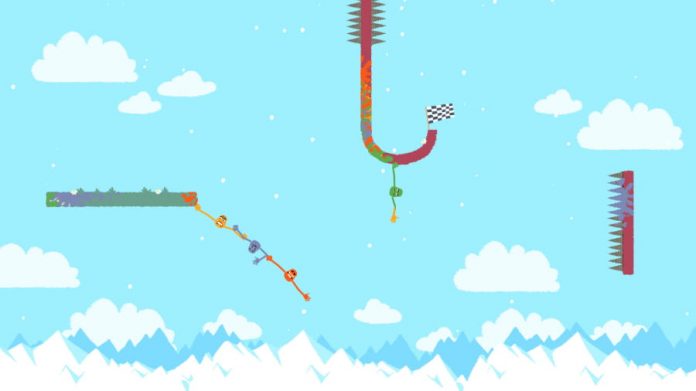 When played with family and friends, Le Cartel Studio’s Heave Ho leaves you grinning from ear to ear.

Primarily a local co-op game, Heave Ho‘s premise is simple: with each player taking control of what is essentially a blob with arms, you need to reach the flag at the end of each stage by working together. Available on Switch and PC, Heave Ho requires each player to use a controller. Each trigger grabs with the respective arms, and the left analogue stick moves any free arms around. As such, it’s very easy to pick up and play, but a lapse of coordination may not only be disastrous, but also highly amusing.

Using the triggers, you can grab onto pretty much any surface in Heave Ho – including other players. It’s up to you to locate the finishing point of each stage, work out how to get there, and then coordinate with each other to reach it safely.

Sometimes that may require players to work independently for a short while, but every stage becomes a team effort eventually. Some obstacles are just impossible to overcome on your lonesome, making you rely on those around you.

By grabbing each other’s hands, players can form a daisy chain that allows them to cover gaps, or enable them to gain more swinging momentum. But of course, such manoeuvres require effective communication and coordination. The more players you have, the trickier it all becomes. But there’s also a bigger feeling of satisfaction when you complete a run without anyone dying, and more guffawing when it all goes wrong because someone released their grip when they shouldn’t have done. 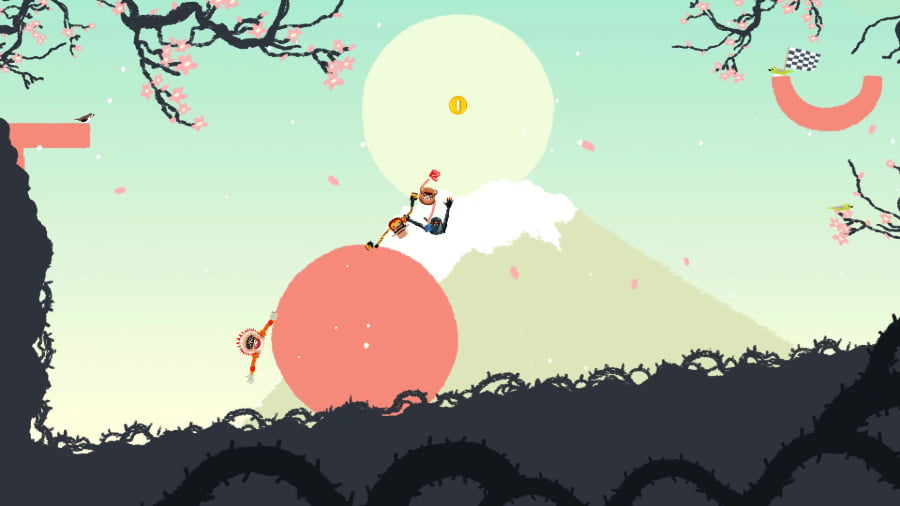 Stages are combined into groups called runs, each with their own visual flair, and there are 17 runs altogether. They generally get harder as they go on, but are kept fresh and interesting thanks to the range of challenges that each run throws at you. Gaps gets wider, for example, making going from one platform to another more perilous, and spikes start to appear that kill your characters when touched. There are other inconveniences, too, such as stages being engulfed in darkness, slowing down your progress. My favourite, however, are the stages that require you to swing your way to success.

While Heave Ho is primarily a co-op game for up to four players, there is a solo mode. Some stages in solo mode are different to their co-op counterparts, otherwise they’d be impossible to complete. And while it’s certainly not as much playing by yourself, Heave Ho is still highly entertaining. With such a unique premise and intuitive controls, how could it not be?

Thanks to the time to complete each run being recorded, Heave Ho is likely to have a great deal of replayability for those who like accomplish things as fast as they can. It’s just a shame there are no online leaderboards to allow you to compare your scores with others, as that would really ramp up the competition. Although the fact that Heave Ho is strictly local co-op only may also been seen as a negative; it would be interesting to be able to take the action online and play with total strangers. 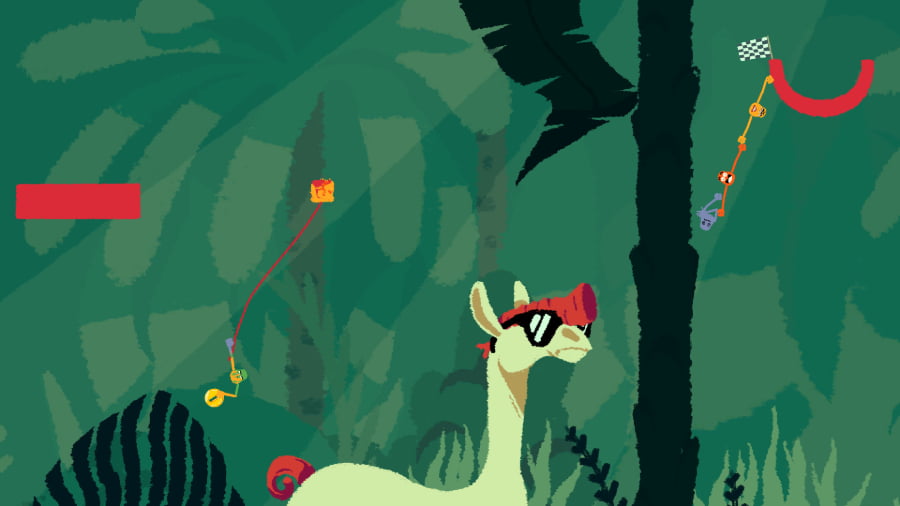 But despite those missing features, there’s still a lot to love about Heave Ho. Comedic touches such as birds flying by that like to poo on you inject a bit more hilarity into your endeavours. There are minigames to discover to break up the action, too. There’s nothing like a bit of basketball mid-stage, after all. There are also optional coins to grab in stages that can be used to unlock new customisation items. Though you don’t really need them, as from the outset there are a vast number of arms, faces, glasses, etc. to make your character unique.

Needless to say, if you like local co-op games and own either a Nintendo Switch or a PC, Heave Ho should be considered absolutely essential. It really is one of the best local co-op games available. By keeping things simple it’s attractive to all, just like its quirky art style. And while success is rewarding, failing is often just as much fun. If you’re after a game that’s addictive, hilarious and can help build a team, look no further. Heave Ho builds bonds. Although it might also possibly break them if you fail too much.

Heave Ho is available on Switch and PC. We reviewed the PC version.