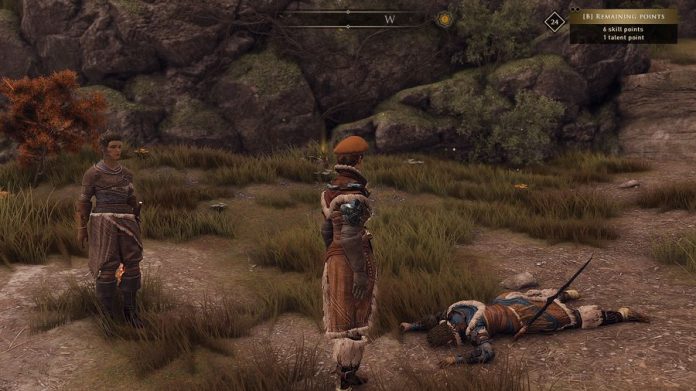 Don’t know how to set up camp in GreedFall? Read on to find out.

In GreedFall, you can use camps, which are useful for a number of reasons. While you’re camped, can craft items, sleep, change characters and so forth. The problem is, you can’t just set up one anywhere.

You need to find  camp locations around GreedFall‘s world and activate them. Once they’re activated, you’ll be able to use them and fast travel to them at any time. When you enter a new area, look for a question mark on your map. Then, mouse (or your console equivalent) over the icon and if it says it’s a camp, go to it.

When you’ve reached the map marker, activate the camp with the action button. There you have it – you now have a place to set up camp in GreedFall It may seem like work but when you’re travelling back and forth, having a camp near your objective can be really useful. In particular, it means you don’t have to slaughter your way through respawning animals just to reach a location you’ve already been to.