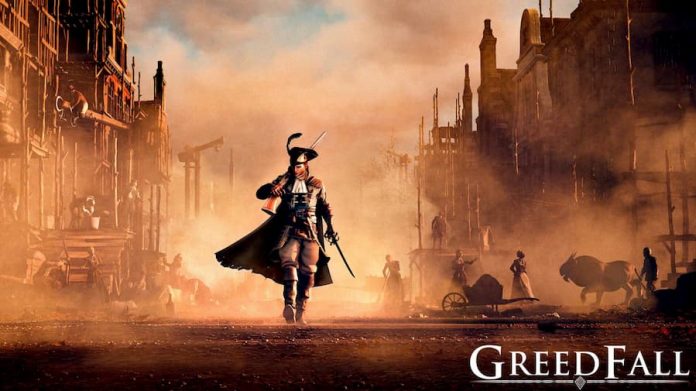 Dodging is a handy and potentially life-saving skill to have when you’re playing GreedFall. But how do you do it? Read on.

GreedFall, from Spiders, sees you safeguarding the interests of your country while trying to maintain peace with the natives whose island you’ve invaded. We called it “an impressive debut for what could well become a classic series”, giving it an 8/10. The enemies you’ll face in the game are a formidable bunch, particularly in numbers, but dodging will help you stay alive.

The ‘dodge’ skill isn’t a skill you unlock; it’s available to you the moment you start the game, and it’s relatively simple to pull off. Just hit the appropriate button on the gamepad (‘A’ on Xbox and PC) and you’ll sidestep in the direction you’re moving.

If you don’t press a direction button on the controller or dodge when you’re standing still, you’ll dodge backwards by default.

The snag is that while dodging in GreedFall is better than getting a sword through your face, it still only takes you a few steps away from your enemy. Rolling, however, is far more useful.

To roll, you need to unlock the skill from your skills tree and then, by hitting ‘A’ again, you’ll roll along the ground, getting you much further away from your foe. This skill is invaluable when facing the final few bosses of GreedFall, and it’ll save you a lot of deaths.