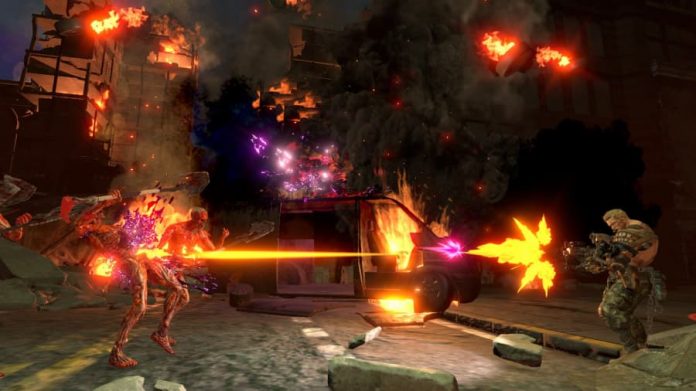 Any of Contra: Rogue Corps‘ many missions can be played with up to three others online, and more players equals more fun. Though you don’t need to play online to enjoy some co-op; up to four local players can have fun blasting enemies too.

To start a local co-op session in Contra: Rogue Corps, you need to go to the VTOL carrier in the Base Camp and select the Couch Co-Op option. On the next screen, each person that wants to join needs to press start on their controller. When all players have joined, player one needs to select the “Ready” option to proceed to mission selection.

Unfortunately, only exploration missions can be played in local co-op. That’s because they’re the only missions with a zoomed out camera that facilitates four players to be onscreen at once. In exploration missions, players need to progress through a large map killing enemies while collecting loot. When reaching a safe room, players can choose to return to base with the loot they’ve collected or carry one. If all players die, the loot collected is forfeit.

It’s worth bearing in mind that only players one’s progress is saved when playing in couch co-op. Still, playing Contra: Rogue Corps with friends and family is fun enough to make it worthwhile. 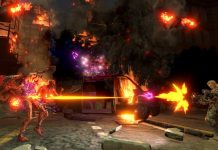 How to Get New Weapons in Contra: Rogue Corps

How to Install New Body Parts in Contra: Rogue Corps 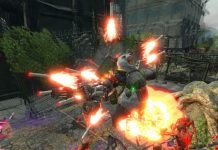 How to Upgrade Your Weapons in Contra: Rogue Corps 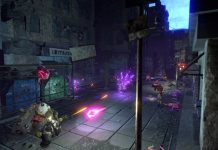 How to Save Your Game in Contra: Rogue Corps