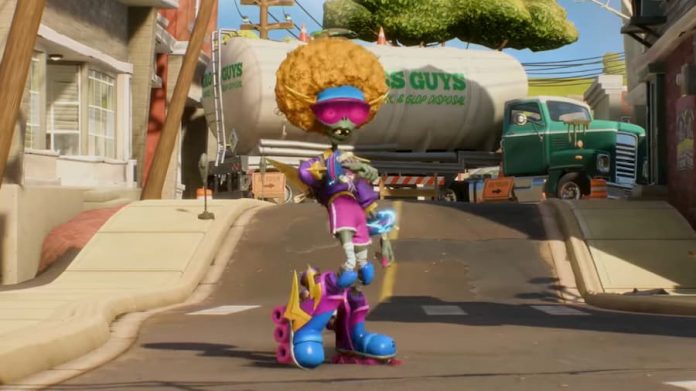 Plants vs. Zombies: Battle for Neighbourville has dropped out of nowhere, with a new gameplay trailer and access to a Founder’s Edition that will give players six weeks of early content before the full release.

The digital-only Plants vs Zombies: Battle for Neighbourville Founder’s Edition will be available to purchase between the 4th and 30th of September, ahead of the worldwide launch on October 18th.

The early adopters will get weekly content releases, as well as rewards for the first four weeks after you log in. The Founder’s Edition will feature 20 customisable character classes, three free-roam regions, a PvE mode and six online multiplayer modes. You will also be able to enjoy split-screen local co-op in every game mode, and of course you will get the full game content for no extra cost when it is released.

The wildly popular Plants vs. Zombies series started life as a simple tower defence mobile game, but evolved into a massive genre-spanning multi-platform franchise. So if you’re a fan, you’ll want to get your hands on this latest team shooter as soon as possible – check out all the details here.

Plants vs. Zombies: Battle for Neighbourville will be coming to PlayStation 4, Xbox One and PC on October 18th, and the Founder’s Edition is available now on the same platforms. Watch the latest gameplay trailer below.