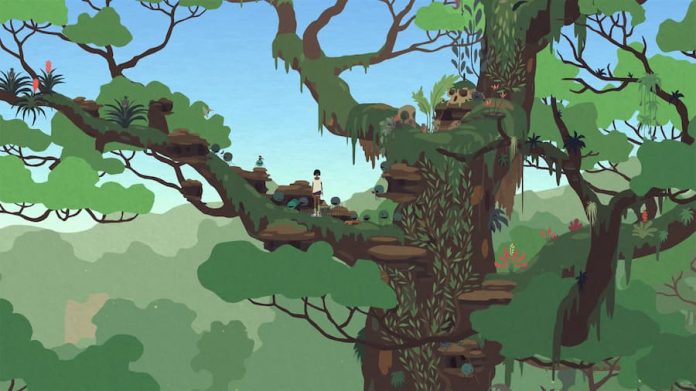 The word “Mutazione” doesn’t give a whole lot away about a game. I went into this one pretty blind – and I couldn’t be more glad that I did.

Mutazione is like little else you’ll play this year. It’s a short but wonderfully sweet narrative-driven adventure that sees you take control of Kai, a high school student who has been coerced into spending some time with her estranged grandfather. He’s sick, and needs someone to care for him, and so it falls on Kai’s shoulders to go visit him for the first time in her life on the strange and mysterious island of Mutazione.

So far so normal, right? But while the core narrative and themes that Mutazione deal with are grounded fully with realistic human experiences, its setting could not be further from our reality. You see, the island of Mutazione wasn’t always an island. It wasn’t always called Mutazione either, presumably. A century ago, a meteor struck the Earth, separating Mutazione from the mainland.

While life goes on as normal everywhere else, Mutazione’s inhabitants have had to get used to a new reality. As a result of the meteor, its residents are no longer human; they’re mutants. Some are very human-like, such as Claire, the green-toned shopkeeper; others are strange and wonderful creatures dreamt up by a very imaginative design team, like the Dots who live high in the branches of a tall tree.

Kai’s heard stories of Mutazione, but she’s never seen it with her own eyes. Her grandfather – fully human – travelled there as a scientist many years ago, settling to raise his family. Unfortunately, his wife left, taking Kai’s mother with her back to the mainland. As such, Kai’s grown up in a mutant-free world, so reaching Mutazione’s shores comes as quite a shock to her. 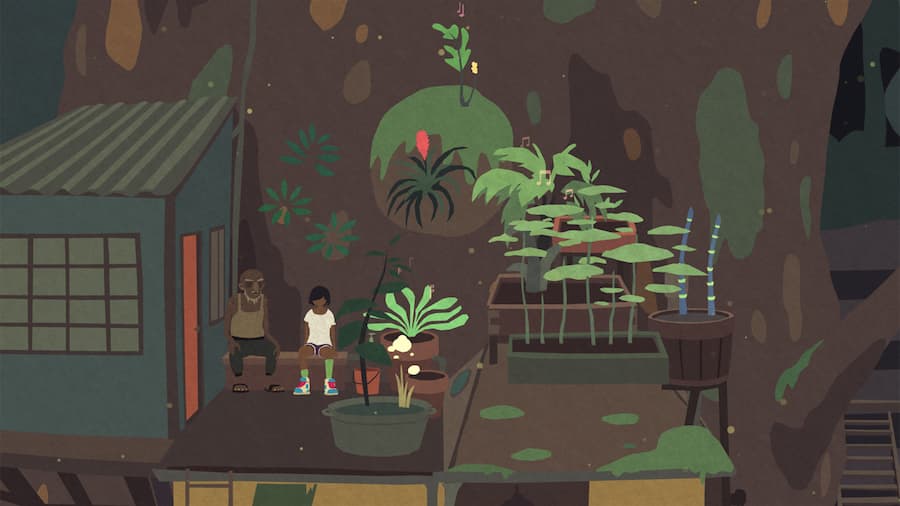 As far as gameplay goes, you’ll be spending your time exploring the island, talking to its residents and uncovering each of their stories. Kai’s grandfather may be central to the plot, but he’s not the only inhabitant with a story to tell. By interacting with others around Mutazione, you’ll become invested in their surprisingly human stories. The game deals with some touching themes, many that we have, or will, experience in our own lives. From feeling trapped and wanting to get away, to dealing with grief, learning how to move on and complicated romantic relationships. The characters you meet in Mutazione may not be fully human, but their hearts and souls are.

When you’re not engaging with its residents, you’ll also be growing gardens around Mutazione. You see, Kai’s grandfather had a very important role on the island: he was a shaman of sorts, and grew plants not only as a way to help people but to also keep a harmonious natural balance. Since falling ill some years ago, he’s been unable to fulfil his duties, and so he wants Kai to learn his art. 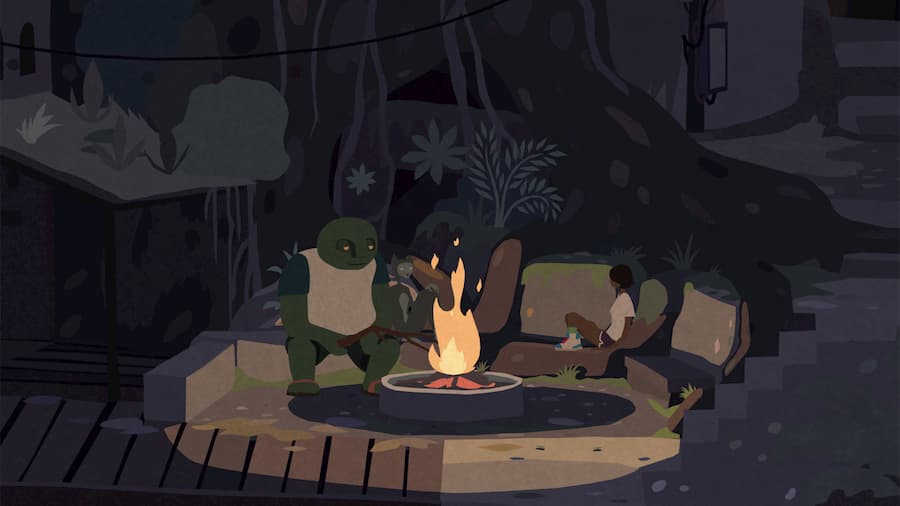 As you explore Mutazione, you’ll find numerous seeds from the wild plantlife growing around the island. You’ll also be gifted some seeds from residents, all of which can be used to plant gardens. Your grandfather’s roof terrace comes first; you’ll plant a series of flowers and plants in various containers and pots. Each type of seed has its own requirements, and not everything will grow in a particular area. Some need sand, for instance, while others may need soil, or to grow from a wall.

It’s not a farming simulator though; you’ll not need to water your plants over a number of days in order for them to blossom. On Mutazione, plants can be influenced by music. As her adventure continues, Kai will learn a selection of songs, each with their own theme, and each capable of maturing a particular set of plants. 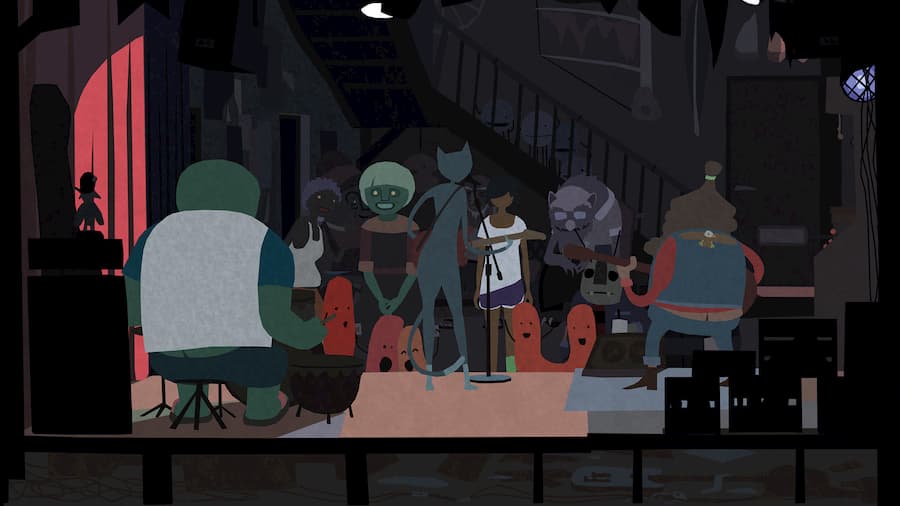 All of this is to say that your time with Mutazione is never action-packed; it’s a very laid-back experience, once that can be taken at your own pace. Kai handily jots down her next task in a notebook, which you can access at any time from the menu, and while you can simply go from task to task, it’s a game best devoured slowly. Talk to locals, even if you don’t have to. Wander around at your own pace; take everything in.

And take everything in you’ll want to, because every corner of Mutazione is flawlessy and lovingly designed. The level of imagination on display is second-to-none, and the whole concept of a lost civilisation continuing to thrive with its mutations is fascinating. Wander a little way out of the centre of town and remnants of a familiar landscape can be seen; rusted cars, ruins of office buildings, bus stops. But overgrown with the beautiful alien flora and fauna of Mutazione, it’s barely recognisable as our own world.

Mutazione only took four or five hours to complete, but every moment spent with it was magical. From its extraordinary and beautiful landscape to its ordinary tales of life, love and loss, I was enraptured from start to finish. Every character you meet has a story to tell, and they’re stories you’ll want to hear. From its wonderful art style to its expertly-mixed audio design, it’s clear to see so much love has gone into this game. Mutazione may only be a short experience, but it’s one that feels very special.

Mutazione is available on PC, PS4 and iOS. We reviewed the PS4 version.