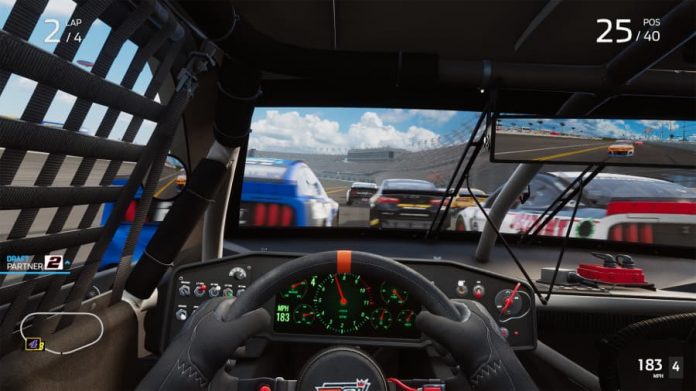 Last year’s NASCAR Heat 3 was an unremarkable racer, but it did the job if you wanted some NASCAR action.

A year later and NASCAR Heat 4 isn’t all that different, but the changes that have been made do undoubtedly make it better.

In terms of modes and content, there’s nothing surprising about NASCAR Heat 4. It still features all the authentic teams and tracks you could wish for, as well the fictional Xtreme Dirt Tour. And once again you can take part in challenges, enjoy a championship, set up a quick race, or embark on a lengthy career.

How you play is up to you, with even local split screen and online racing making a return. You’re not likely to get a great deal of joy racing online though; there’s not the widest range of options available.

Career mode still provides the real meat of NASCAR Heat 4. Starting out as a Hot Seat driver, it isn’t long until you’re able to either join a team to partake in the Xtreme Dirt Tour or create your own. From there, perform well enough and you can progress through all three NASCAR National Series. Though you don’t have to give up on a prior series if you have a penchant for it; you can maintain your Extreme Dirt Tour career if you wish. 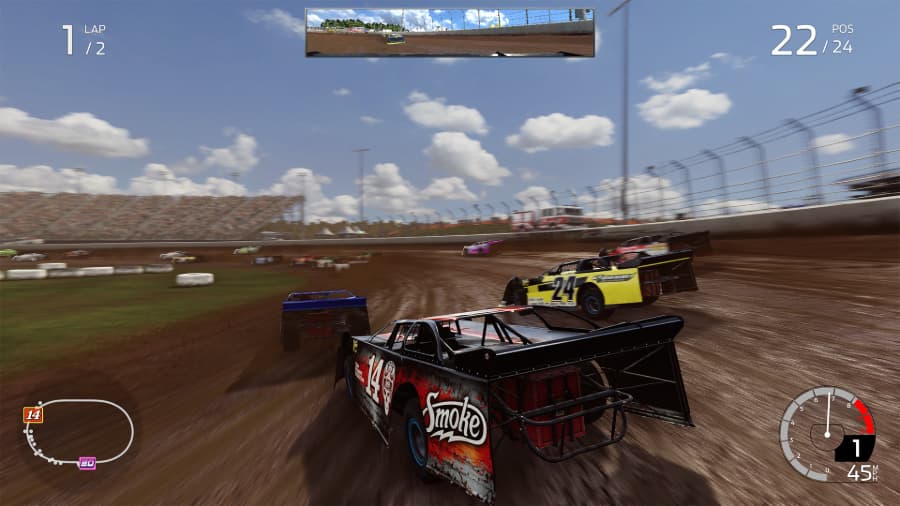 Accept an offer to join a team and you can just get on with racing. But if you want your career to be more ‘hands-on’, you’re better off creating your own. Do that and you’ll have to buy your own cars, upgrade your facilities and hire and train staff to optimise their performance. This time around money doesn’t come as easily, and your cars frequently need repairing, so there’s more strategy involved. The team members that you hire are now more proficient in certain areas as well, rather than being jack of all trades.

There’s nothing special about NASCAR Heat 4‘s career mode, but all the small changes add up to make it more challenging and engrossing. It also allows you to get involved to the level you want; if you just want to race, that’s fine, but if you want to manage and race, that’s even better. The rival system is back too, so if you do want to sign up with a team it’s a good idea to stay on everyone’s good side. Otherwise, it’s pretty inconsequential. 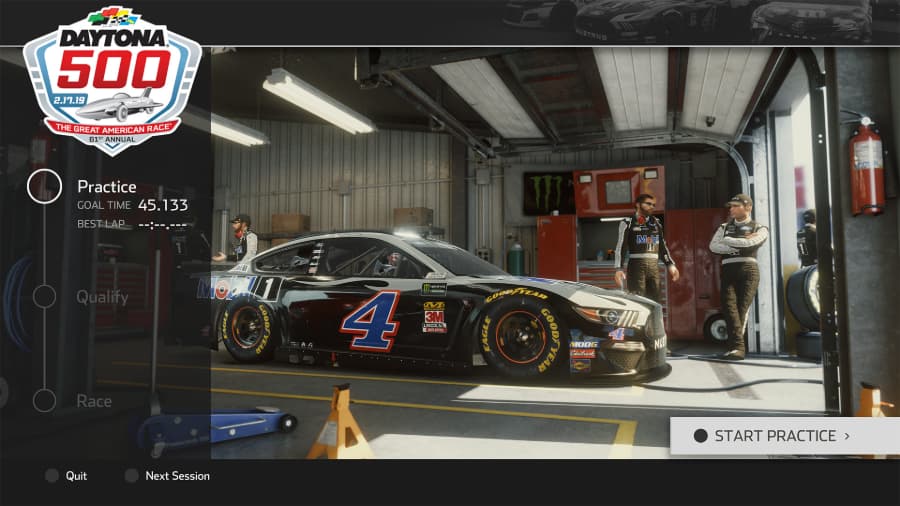 So, for anyone that has played NASCAR Heat 3, NASCAR Heat 4 will sound very familiar. And indeed it is. There are some new features though, like the track map that gives you a better idea of the state of the race, and there are unlockable paint schemes, so you can add a little more customisation to your car. But beyond its scant additional features, NASCAR Heat 4 is just a general step up from its predecessor.

Graphically, NASCAR Heat 4 is the best-looking NASCAR game yet; both tracks and cars have been painstakingly recreated. And along with the improved visuals, the audio has also been on the receiving end of some work. The result is a game that looks and sounds more authentic than ever, immersing you in the action. More importantly, the AI of your competitors has been tweaked. It’s still not perfect, but your opponents are less inclined to drive around like drones, stuck to the racing line like glue. As a result, races feel more lively and dynamic; you’ll actually see accidents happen at times, although crashes still feel like they don’t have much impact. 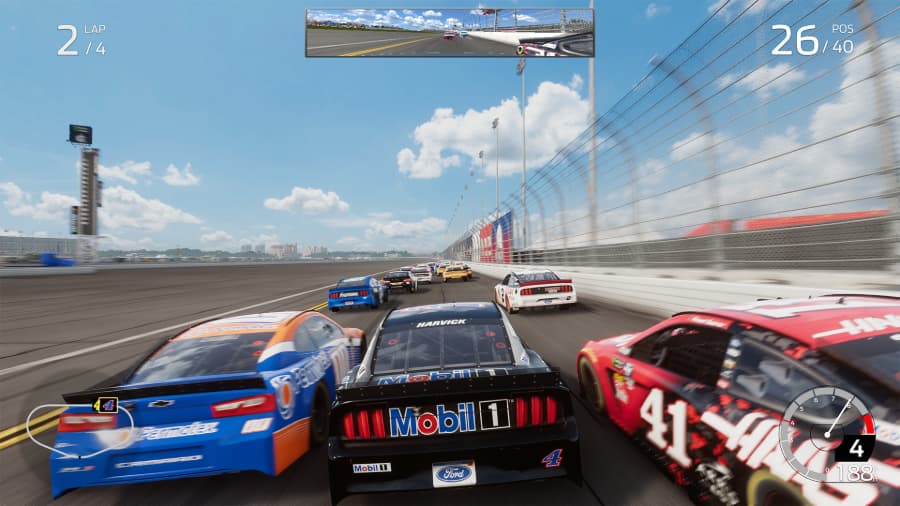 Perhaps the best thing about NASCAR Heat 4 is that it allows you to tailor your experience more to your liking than ever. There are many new sliders, allowing you to fine-tune control of your vehicle, as well as other important factors such as tire wear. In conjunction with the usual array of difficulty settings and assists, NASCAR Heat 4 can be made as easygoing or hardcore as you like. You don’t need to worry about pit strategy, for instance, when races are only four laps long. Opt for full length races, however, and it becomes vital.

NASCAR Heat 4 is, without a doubt, the best NASCAR racing game yet, but there’s still some room for improvement. Many will find its online features lacking; career mode still isn’t what you’d call “deep”; and crashes remain unspectacular. Still, the whole experience is engaging enough to make it worthwhile. There is pleasure to be found in managing your team and coming out on top, which means you’ll find yourself returning to NASCAR Heat 4 until next year’s inevitable follow-up.

NASCAR Heat 4 is available on PS4, Xbox One and PC. We reviewed the Xbox One version. 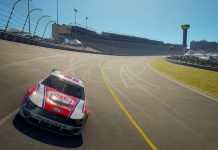 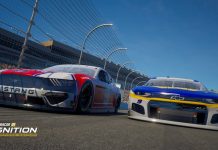