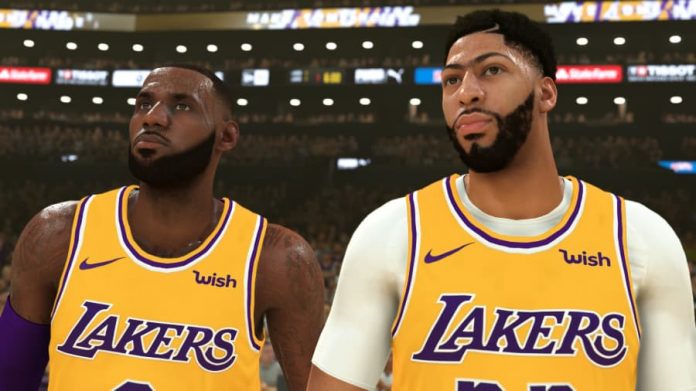 NBA 2K20 lets you play a great game of basketball.

With all the teams and the latest roster lineups, if you just want to get on the court and shoot some hoops, you can’t get better. From presentation to movement, the action in NBA 2K20 is frighteningly authentic. If someone was to walk by while you’re playing, they’d swear that you were watching a match on TV.

A fine line has been walked between providing responsive controls and lifelike animations, giving the on-court action weight and presence, but not at the expense of gameplay. And while any novice can pick up and play NBA 2K20 easily, those who put in the time will find a wealth of advanced techniques that allow them to up their game. Never before has video game basketball felt so real, but that just makes it more of a shame that many aspects of NBA 2K20 either just aren’t so good or are bogged down with microtransactions.

What should be the biggest draw of NBA 2K20, MyCareer, squanders its potential. Its story, featuring the likes of Idris Elba, starts out strong, with your character Che making a stand for what he believes in. But then it goes nowhere. Characters come and go without much fanfare, and Che’s career doesn’t feel earned; every time a brand ambassador wanted to meet with me to discuss opportunities I just thought: why? What have I done? And then you reach the Combine with its awful minigames that feel out of place. MyCareer’s story just isn’t fun at all. 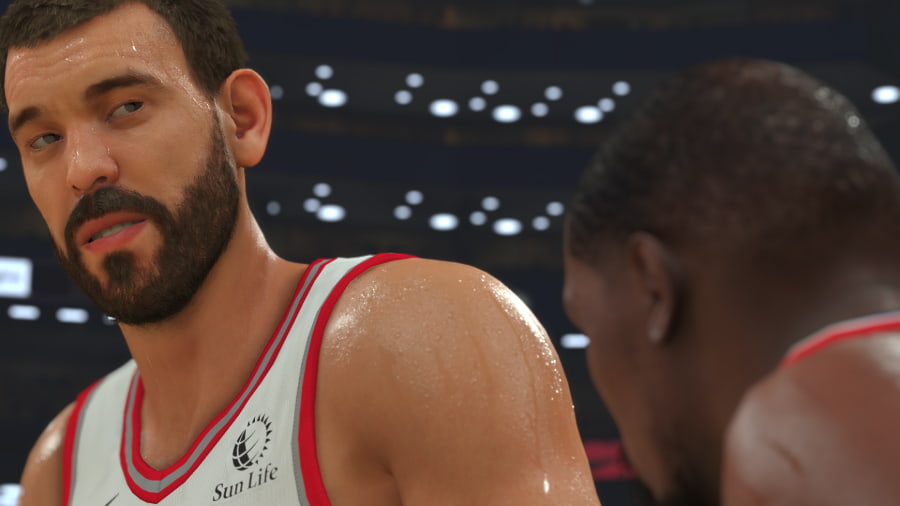 After you’re done with the story, MyCareer lets you loose in The Neighbourhood – a small open world hub that is a pain to move around thanks to your character’s sluggish movement. But you must explore it if you want to buy new gear for your player, complete your workout (which again requires you to complete some awful minigames), and shoot some hoops with other online players that also populate the hub. I’ve always found it strange that a single-player story mode eventually tries to get you to play street basketball with others players, and my opinion hasn’t changed.

The Neighbourhood is also where one of NBA 2K20‘s most controversial aspects lies: the daily spin. Every day you can visit what looks like a casino and queue up, literally, to spin a wheel. Your prize for doing so is whatever the wheel lands on, which is rarely worth waiting in line. You can also attempt to win a small amount of VC by predicting who will win in upcoming basketball matches there, too.

The big draw of MyCareer is developing your created character, but the slow pace at which that occurs makes it excruciating. The VC required to improve your stats comes very slowly, and there’s so much more to spend it on. It does feel like the game wants you to buy it. I really don’t like how MyCareer only lets you control your character during matches, either. It makes sense but it’s not fun, especially when you find yourself sitting on the bench because you’ve not proven yourself. Outside of MyCareer, NBA 2K20 has a wealth of additional modes. MyTeam is the microtransaction-laden collectable card-infused basketball extravaganza it’s always been. Confine yourself to single player and it’s not too bad. Play online, however, and you might find yourself itching to buy some cards to keep up with the competition. New this year are Evolution cards, which improve as you hit certain milestones. As you can imagine, they don’t revolutionise the experience. There’s also a new ball-drop minigame, which like the daily spin will irk those who feel that NBA 2K20 is veering more towards gambling with each release.

Of course, there’s also MyLeague, which is pretty much unchanged but is probably the best mode because it just lets you select a team and play basketball. And MyGM is back, too, for those who fancy themselves as management material. This year, action points have been introduced to MyGM which adds a pleasing layer of strategy. Nearly every action you take requires an action point, so tough choices have to be made at times when you don’t have enough points to do everything you’d like.

Perhaps what should be most applauded about NBA 2K20 is that it finally includes women’s NBA, though there’s still some work to be done. There’s no WNBA MyCareer or MyGM, for example, which makes it feel a little like an afterthought. Hopefully the WNBA options will expand in future releases. And maybe 2K can lay off the microtransactions a little, too. We can but dream. 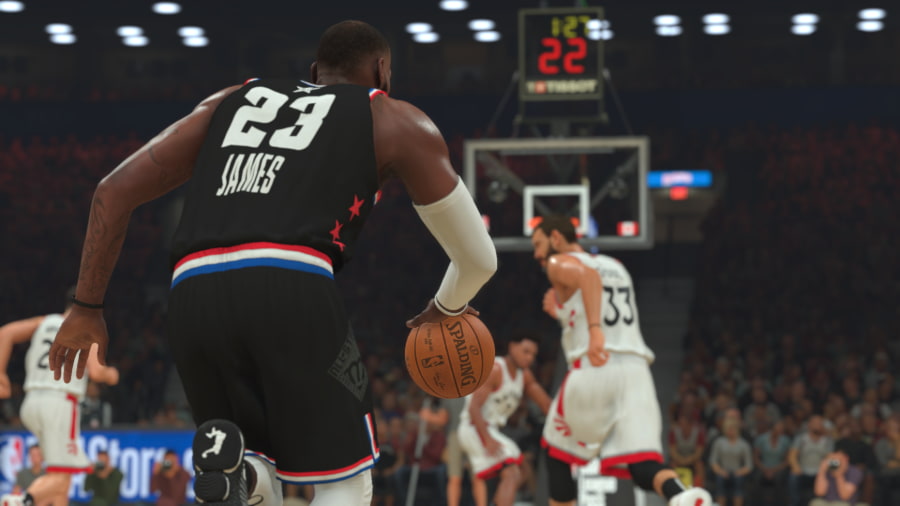 Finally, I can’t write a review about NBA 2K20 without mentioning bugs, can I? Honestly, I haven’t encountered too many, but those I have encountered have been troubling. I’ve had the game crash on me once, and I’ve also lost my progress once which was really bothersome. During one MyCareer match, the camera also decided that it would closely attach itself to a player on the opposing team, leaving me running around blind for the last few minutes of a match. That was really helpful. NBA 2K20 has had a rather substantial patch since though, so hopefully you won’t encounter such issues.

If you’re a huge basketball fan then of course you’re going to want to buy NBA 2K20, warts and all. But you should probably ask yourself, “do you need to?”. If you just want to play basketball, NBA 2K19 does the job nearly almost as well – and you can pick that up for peanuts if you don’t already own it. NBA 2K20‘s MyCareer is a huge disappointment, and other modes have had minor improvements at best. All you’re really paying for is roster updates, WNBA and the opportunity to buy more VC. If that sounds like a good deal to you then jump in, but it really shouldn’t.

NBA 2K20 is available on PS4, Xbox One, Switch and PC. We reviewed the Xbox One version.