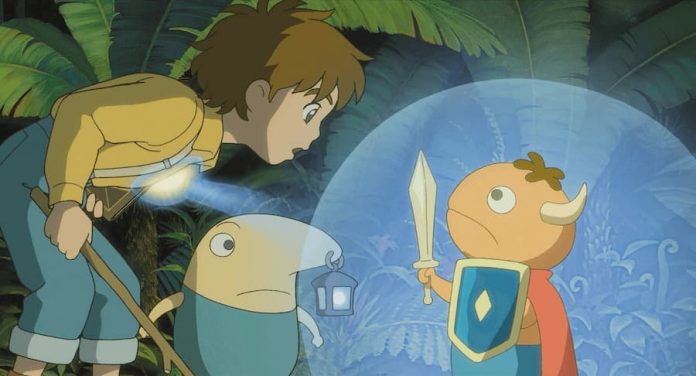 Jumping into Ni No Kuni: Wrath of the White Witch again has transported me right back to 2013 – and I love it.

Back in 2013 I was a fresh faced college sophomore, trying to complete my first degree while also playing a tonne of video games. Loading up Ni No Kuni again six years later has been like going back to those glory days, zits and all, to play one of my favourite games of all time. Point being, if you’re picking up the remaster, get ready to travel back in time to 2013, with a slightly new shine to it. If you’re playing for the first time, you’re in for something wonderful.

Ni No Kuni: Wrath of the White Witch is a role playing game from developer Level-5. You play as a young boy named Oliver who is able to pass between his world and a magical world where monsters roam free and there are enemies around every corner who wish to kill him. Oliver is something of a “chosen one” who is destined to save the magical world from evil. All of the baddies know who he is and wish him harm, corrupting peaceful creatures and breaking the hearts of its citizens. Partnered with the High Lord of the Fairies Mr. Drippy, Oliver’s goal is to help heal the magical world of its evil presence and ultimately, save his late mother.

For anyone that isn’t familiar with Ni No Kuni’s gameplay, it plays a lot like a typical JRPG. When you’re travelling around the world you’ll be playing from a bird’s eye view, walking your characters in between different locations. While in this area you’ll encounter lots of monsters which will close in your view, taking you into combat that’s reminiscent of Pokémon. When you’re here you’ll choose who on your team you wish to fight for you. At the end of the battle you’ll get experience which levels up everyone you currently have in your group. The more you level up, the more powerful you are. The rest of the gameplay consists of completing quests for people around the world as well as watching the gorgeously-designed cutscenes; many of which were illustrated by Studio Ghibli. 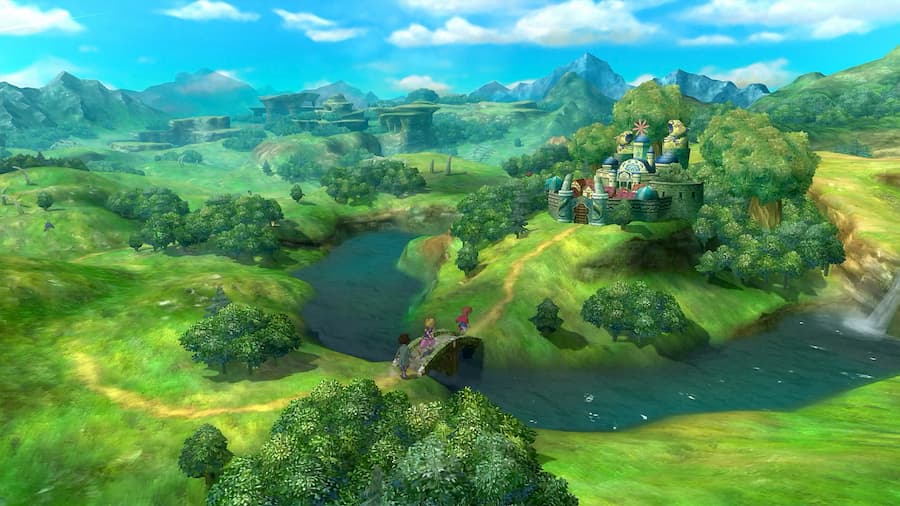 The game gets even more Pokémon-like when you set about taming familiars. A few hours into Ni No Kuni, you’ll gain the ability to tame these creatures and by doing so, you’ll unlock lots more features. The creature cage is where you can upgrade, equip and feed your collected familiars as well as evolve them so they can become even stronger. I always found the process of taming, feeding and evolving familiars to be one of the best parts of the game. You even get to name the little guys and decide which ones work best for your play style. Six years later, the familiars are still a great deal of joy to play around with.

The remastered version of Ni No Kuni: Wrath of the White Witch runs at a crisp 1080p/60fps versus the original version’s 720p/30 fps. I played the game on a standard PlayStation 4, but if you happen to have the PlayStation 4 Pro you’ll be able to run it in 4k, but it will be at the original 30fps. It looks wonderful – but Ni No Kuni has always looked wonderful. There’s no way to toggle between the old graphics and the new ones like in some remasters, so unless you have a PS3 on hand there’s no easy way to compare. 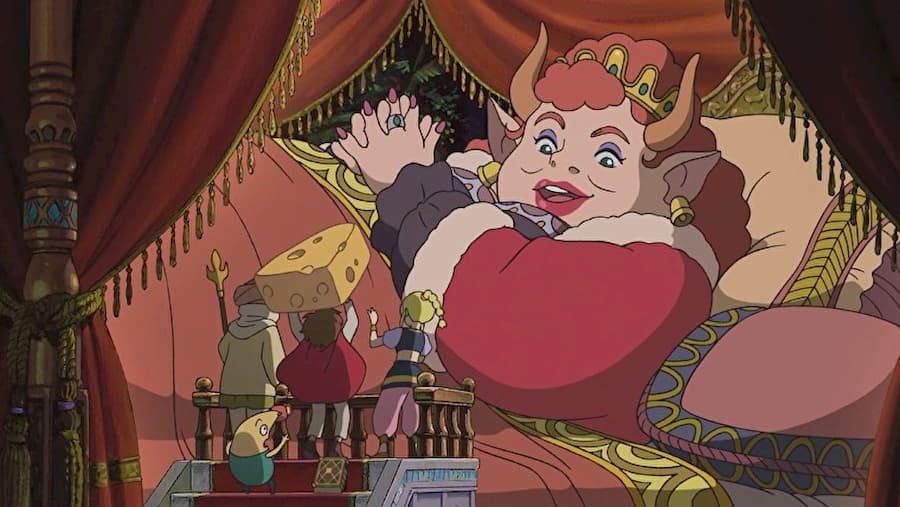 Aside from the higher resolution, there isn’t anything else new or special about this remastered version. No added content, no new features; just some new graphics. But one could argue that Level-5 and Studio Ghibli did such a brilliant job the first time around that there really wasn’t much that needed improving upon. But some new, exclusive content would have been welcome – even just a dozen or so new familiars to collect or some new outfits for the characters would have made Ni No Kuni: Wrath of the White Witch Remastered a much worthier proposition.

In the end, Ni No Kuni: Wrath of the White Witch is just as fantastic as it was upon its initial release. From its Ghibli-illustrated cutscenes, to its brilliant world and characters you can’t help but fall in love with, it remains one of the finest JRPGs of recent years. The remaster is handy if you don’t have a copy on an older console, but if your PlayStation 3 is still in working order, you may want to hold off on grabbing this one until the price goes down a bit. Unless you have a PS4 Pro and can enjoy the game in 4K, the graphical update isn’t all that noticeable – but for those of us wanting to play again or play for the first time on a current-gen console, Ni No Kuni: Wrath of the White Witch Remastered is still a worthwhile purchase.

No No Kuni: Wrath of the White Witch Remastered is available on PC and PS4 (with a non-remastered version available on Nintendo Switch). We reviewed the PS4 version.

Want to support GameSpew? Buy Ni No Kuni: Wrath of the White Witch Remastered using our Amazon affiliate link. It won’t cost you anything extra, but we’ll get a small slice of the purchase.