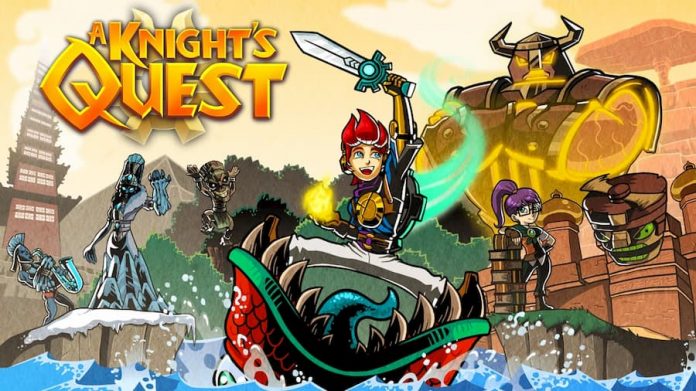 Sky 9 Games and Curve Digital have revealed A Knight’s Quest, a modern take on classic action adventure games, coming to PC and consoles this autumn.

Set in the kingdom of Regalia, A Knight’s Quest follows the story of the kind-hearted yet clumsy adventurer Rusty.

Along with his trusty sword and shield, Rusty gains ‘Spirit Powers’ which can affect himself and the world around him in magical ways.

A Knight’s Quest promises challenging puzzles, intense combat, colourful characters and epic boss battles. It promises a perilous journey that will take Rusty through countless environments, from the desert town of Zameris to high over the ice-laden Peaky Peaks.

The game reportedly has over 30 hours of play time, so Sky 9 Games really has tried to create an epic hero’s adventure for you to experience; with clear influences from classic action-adventure games such as Zelda or Metroid.

A Knight’s Quest will be coming to PlayStation 4, Xbox One, Nintendo Switch and PC at some point this autumn, and you can get a good look at the gameplay in the new trailer below.