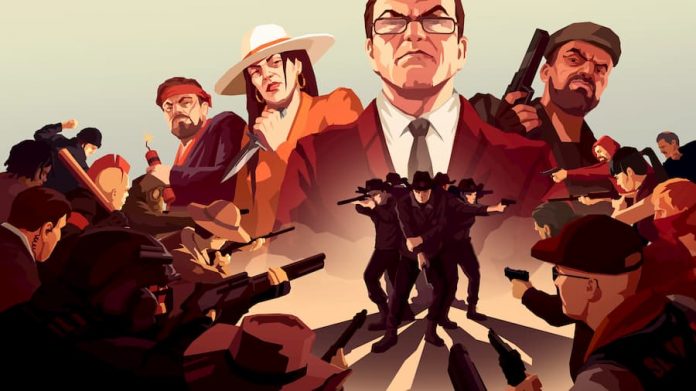 In a world where everyone is the bad guy, can you be the good guy?

It can sometimes be very hard to do the right thing when everyone and everything is telling you to do the opposite. That’s the premise of Weappy Studios’ most recent venture, Rebel Cops.

A spin-off from its popular This is the Police, Rebel Cops has you taking on the role of the very few cops left in the town of Ripton who haven’t bent to the will of the local crime boss, Viktor Zuev. Zuev’s forces have control of everything in town, but the cops in your command decide they’re willing to fight back no matter the cost.

During the game, you have to earn your own money: Ripton’s police department is completely on its own when it comes to funding. You’ll have to strategise and budget wisely so that you can keep your operations up and running. You can earn money by completing missions, taking bribes from people in town, finding valuables on your missions and more. In the beginning you’ll have to deal with being pretty skint, using whatever money you’ve been able to earn to buy weapons for the missions ahead. 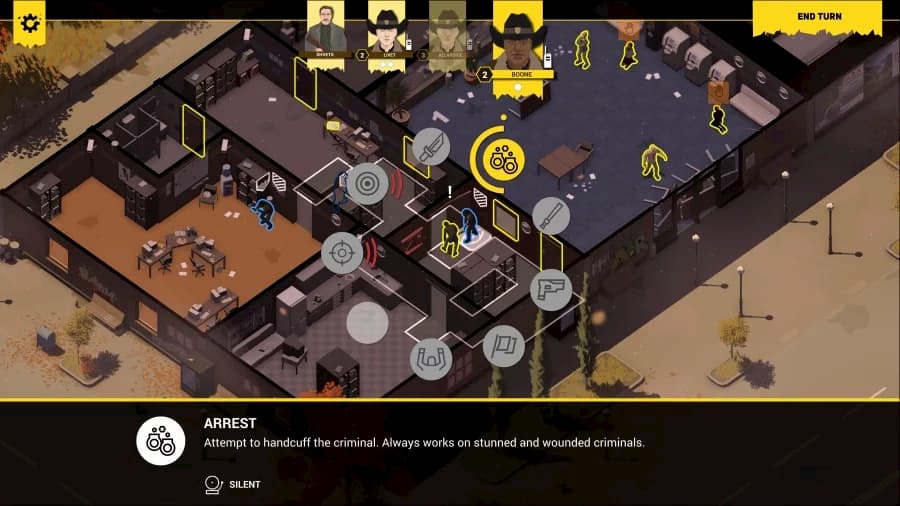 When it comes to gameplay, Rebel Cops gives each character on your team two moves per turn which they can use to move, attack, interact with objects, etc. It’s in the players’ best interest to move about quietly and maintain stealth; once your enemies know you’re there, things get a lot more hectic.

While being stealthy, you can sneak up on enemies and knock them out or kill them without alerting nearby enemies. As soon as you open fire, everyone in the area will know you’re there and you’ll have opened yourself up for one hell of a beating. That being said, most enemies can be taken down in only a few quick shots and where you decide to shoot them does have significance. The head is an instant kill, the leg makes them immovable, etc. It makes for even greater strategy. 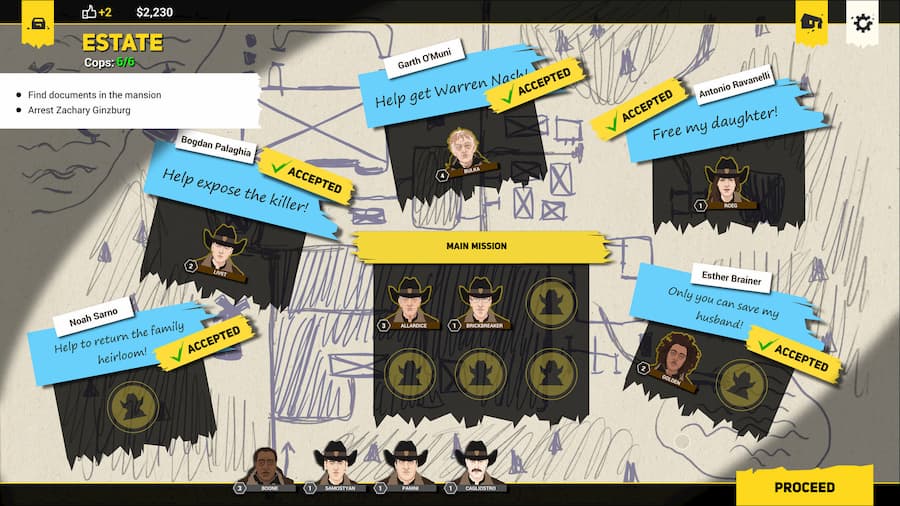 Players that have a lot of experience in the strategy genre will undoubtedly lap up everything that Rebel Cops has to offer. If you’re less familiar with the genre, you’re likely to find it very difficult. But if you’re up for a challenge, Rebel Cops is an interesting title that wants you to question the difference between good and evil. The amount of strategy and planning needed to pull off each level really puts your skills to the test, too, as some levels require some serious forethought before storming ahead.

For just £7.99 on Steam, there’s plenty to enjoy. If you were a fan of Weappy Studio’s This is the Police, then jumping into Rebel Cops is a no-brainer.