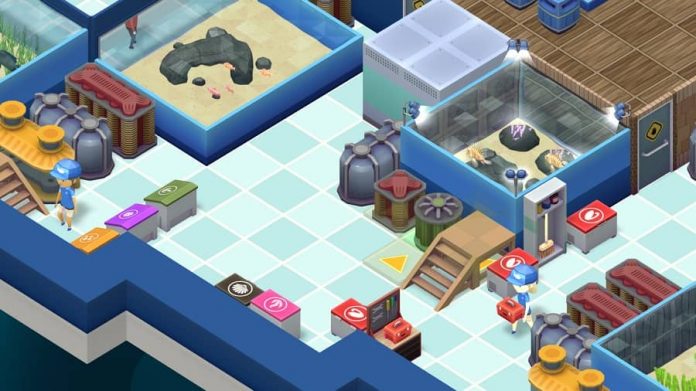 Megaquarium, the theme park management game where you build and grow your own aquarium is hoping to make a big splash when it hits consoles next month.

Originally released on Steam last year, Megaquarium puts you in control of growing and maintaining your very own aquarium. GameSpew editor Kim previewed the game when it first launched, and gave it props for its charming presentation and puzzle elements, which provided enough of a twist to make it stand out from other theme park management sims.

Excitingly, developer Twice Circled has recently announced that Megaquarium will be coming to PlayStation 4, Xbox One and Nintendo Switch from October 18th.

Populate your water wonderland with almost 100 different aquatic life forms including sharks, crustaceans, corals, jellyfish and turtles. Play through the campaign mode or just let loose in the sandbox mode – though be aware that your choice of animals, filters, tanks, staff and layout all have consequences!

You can download and play Megaquarium right now on Steam, or you can wait until October 18th when it will be coming to PlayStation 4, Xbox One and Nintendo Switch. Check out the new console trailer below.