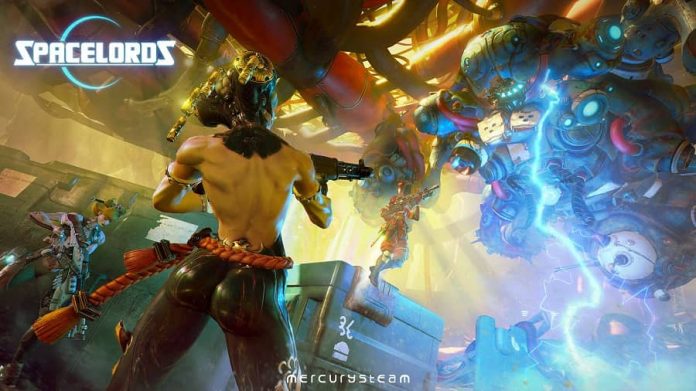 MercurySteam has announced its free-to-play online action game Spacelords has unified players with full cross-play across all platforms.

Online multiplayer shooter Spacelords will now let players team up with other players across all platforms, whether they are on PlayStation 4, Xbox One, Windows PC or Steam.

Originally released in 2017 with the name Raiders of the Broken Planet, Spacelords changed its name and went free-to-play last year.

Now it has become one of only a handful of games to provide full cross-platform support for its players.

So if you’re a PS4 owner who wants something fun to play with your Xbox-favouring friend, maybe give Spacelords a try. As a free-to-play game, what have you got to lose?

Spacelords is available on PlayStation 4, Xbox One and PC. Check it out on Steam or visit the official website. If you want a better idea of the game, have a look at the trailer below.