1There would be no legend without these characters

What is The Legend of Zelda series best known for? Adventure? Story? Heroism? It’s a mix of them all. But, throughout the whole Zelda franchise one aspect has always stood out: its characters.

Sure, we’ve come to expect Link, Princess Zelda and Gannon, but each game in the series has also introduced a whole array of fantastic characters. Whether they’re shopkeeps, helpful guides, or simple wanderers, each Zelda character is designed to be memorable.

In this countdown we pay tribute to those who aren’t the heroes, but at some point have encountered The Hero of Time and have left a meaningful impact. Don’t expect any gods or goddesses, princes or princesses; these are the 20 best supporting characters in the Legend of Zelda franchise. 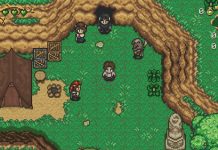