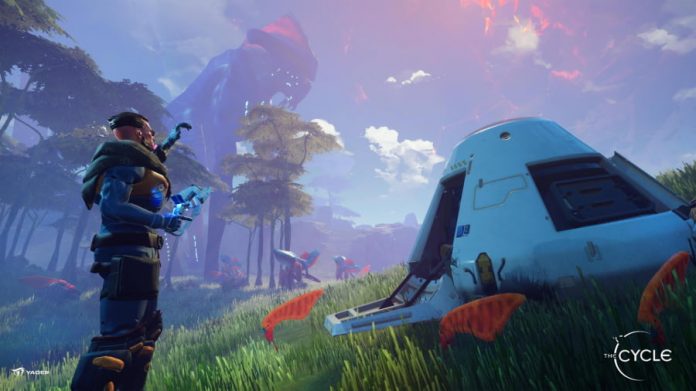 It isn’t one, but Yager’s The Cycle sure as hell feels like a battle royale game.

Billed as a PvEvP competitive quest shooter, The Cycle sees 20 players being dropped on a map before competing to be the most lucrative Prospector. Depending on the match type selected, those 20 players might be all out for themselves, though duos and four person teams are also allowed. Even when playing alone, however, you can easily form a pact with another player to work cooperatively. But pacts can easily be broken…

However you decide to play – on your own, as a duo or as a team – you have 20 minutes to complete as many contracts as possible. The player or team that has completed the most contracts at the end of the match is the victor. As such, get your life cut short and you’re likely to not place very highly. And you can’t simply hide until the later stages of the match as you can in battle royale games, as you won’t be completing contracts if you do so. To succeed in The Cycle you need to be both proactive and reactive; you need to seek out and complete contacts while fending off computer-controlled monsters and other Prospectors controlled by human beings.

The Cycle is quite an apt name, as if you die before the 20 minutes are over it’s time to pick yourself up and begin the process again in the hope of doing better next time. And death is inevitable unless you can reach the evacuation point placed on each map and call for a pickup before a storm ravages the map in the closing stages. Though of course, all the remaining Prospectors that are alive at that point will be trying to do the same. Will they hold their fire in the hope that others will do the same, or will they be the instigators of a final cutthroat firefight? Needless to say, there’s a lot of tension of in those final few minutes. 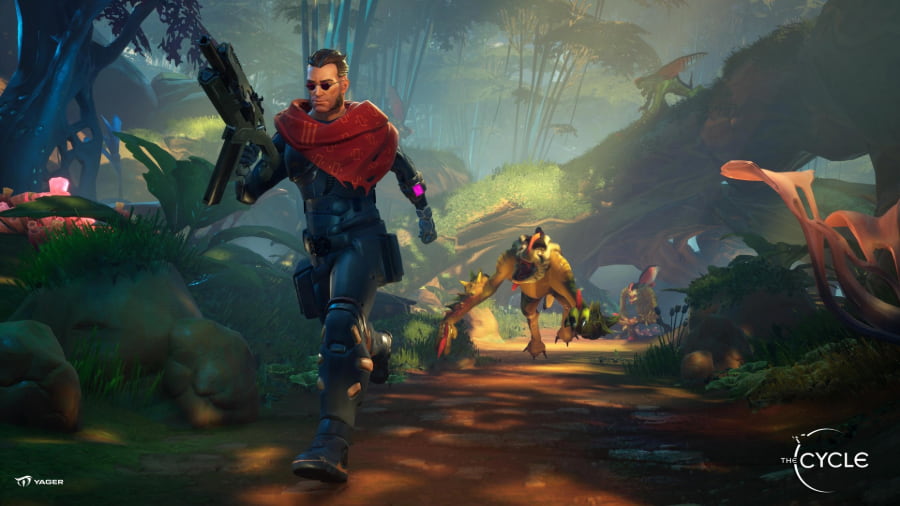 The contracts available during the 20 minutes you have are a varied bunch. There are minerals dotted around that you can mine, drawing the attention of monsters. Power devices can be re-energised, if you can survive the resultant cavalcade of robots. And uplink points can be captured. Depending on the planet you land on, there are more contract types available, too. At the beginning of each map, you choose one of three factions to complete contracts for, and as you go about your business your relationship with them is steadily improved.

Level up your relationship with a faction and you’ll find new weapons, items, upgrades and customisation items available for crafting. You’ll obtain materials by taking part in matches, with more plentiful rewards being doled out to those who place highly. You can’t simply craft an assault rifle and equip it to your character to start a match with though. You begin each and every match with a pistol and little else; to be able to request more powerful weaponry from the gear store you need to earn money, and you’re not going to quickly become rich in the first five minutes.

Each match of The Cycle is a bit like an arms race. While players don’t need to kill each other to succeed, they seemingly can’t resist the opportunity to take out the opposition. But it’s not wise to pick a fight with an opponent if you’ve only got a pistol and they have a grenade launcher. You’ll want to earn money faster than your competitors as a result, and gear yourself up so that you may become a hunter or have the means to defend yourself adequately. Players that have killed another Prospector are quite handily marked as “dangerous”, so you can anticipate if they’re likely to attack you or not. Well, unless they want to make you their first victim. 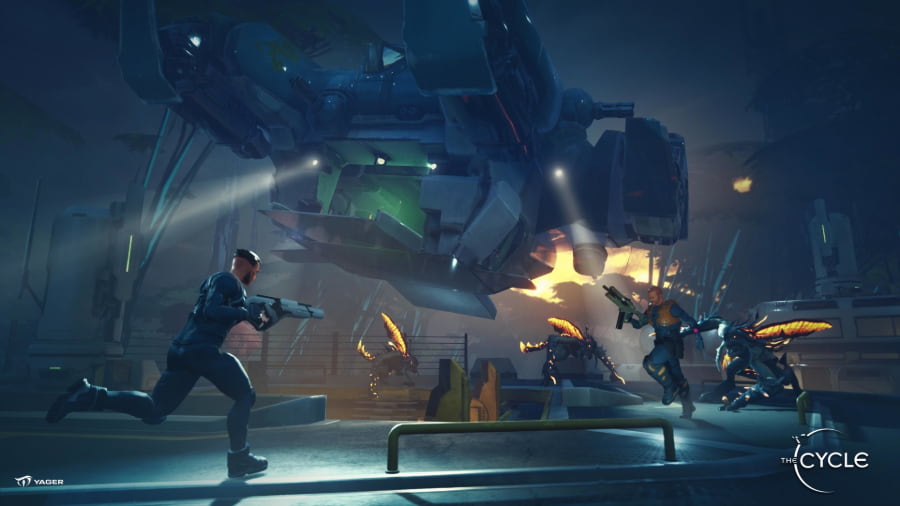 For a game that’s currently in early access, The Cycle looks pretty nice. It’s bright, colourful and cartoony, and the weather effects are impressive when the inevitable storm starts to batter the map. Performance is pretty good, too. In fact, the only thing that obviously needs work is controller support. You can use one, but all the button prompts remain as keyboard keys. And many menus require you to move a mouse pointer around the screen with the left analogue stick. The Cycle is playable with a pad, but there’s some trial and error involved until you know what all the buttons do.

Honestly, I’ve enjoyed playing The Cycle, but it hasn’t wowed me during the time I’ve spent with it. It’s unique and has some good ideas, but it’s missing a certain something. Maybe you’ll like it more than me though, which is why you should give it a go yourself what with it being free-to-play on the Epic Store. It’s due to leave Early Access soon, so if you do like it and want to play more, consider picking up one of the available founders packs to secure yourself some goodies. There’s certainly a lot to like about The Cycle. And it is pretty polished. Maybe with additional content and features it’ll become something special.