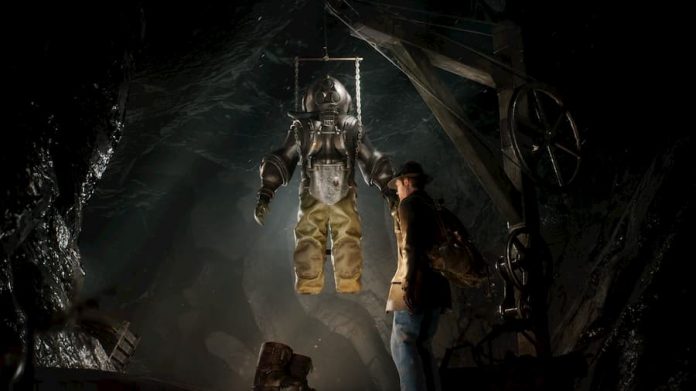 Lovecraftian nightmare The Sinking City is creeping onto Nintendo Switch, and the release date is so close you can feel it breathing down your neck.

The Sinking City is a horror adventure game set in a H.P. Lovecraft-inspired world of demons and cosmic terror. Take the role of private investigator Charles W. Reed as you fight to discover the truth of the ominous power that has gripped you and the whole town.

After its release on PlayStation 4, Xbox One and PC back in June, The Sinking City will be available to download on Nintendo Switch on September 12th. Though Frogwares initially wanted to put out a physical release for the Switch, for now you will only be able to download the game digitally.

“We initially wanted to do a physical release,” says Sergey Oganesyan, Communications Manager. “We know lots of players prefer these – but we were eventually forced to put this off for now. We didn’t want to take too long to release the game on the Nintendo Switch, but going into the logistics and distribution of physical editions would push the release back by months.”

Apparently the Switch version of The Sinking City is more than just your standard port. The team at Frogwares have taken care to optimise the game so it runs at a stable 30fps, the combat and the AI have been tweaked, and there have been some changes to the weapon sounds, recoil and visual effects.

Check out the latest gameplay trailer below, then look out for The Sinking City on the Nintendo eShop on September 12th.