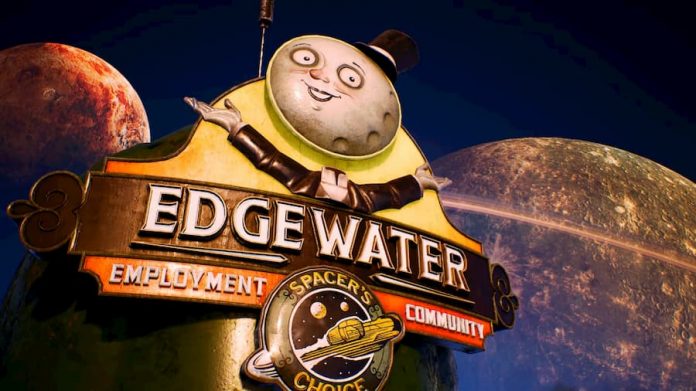 From Obsidian Entertainment, upcoming sci-fi RPG The Outer Worlds gets a new trailer providing a tongue-in-cheek look at one of the main settlements in the game.

The Outer Worlds is an upcoming single player sci-fi RPG developed by Obsidian Entertainment, the studio behind such games as Alpha Protocol, Fallout: New Vegas and Pillars of Eternity.

The new trailer is framed like a tourism film, with an enthusiastic narrator informing us of all the great opportunities that await us at Halcyon Colony.

This area is a human settlement on a terraformed alien world, overrun by greedy corporations. This colony and the corporate entities ruling it will play key roles in the narrative of the game.

It is not surprising that this game is by the same studio behind Fallout: New Vegas, as the similarities between The Outer Worlds and the Fallout universe are pretty apparent. This is more sci-fi than post-apocalypse, but the distinct retrofuturistic aesthetic is still there, as well as the general feel and layout of the settlements and the fixed eye-contact character dialogue. This might end up playing like the unofficial New Vegas 2!

The Outer Worlds is coming to PlayStation 4, Xbox One and PC on October 25th, then later on the Nintendo Switch. Have a look at the new ‘Halcyon Colony’ trailer below.

Want to support GameSpew? Pre-order The Outer Worlds using our Amazon affiliate link. It won’t cost you anything extra, but we’ll get a small slice of the purchase. 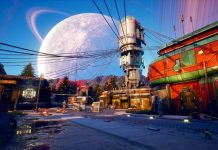 The Outer Worlds: Can You See Your Character in Third-Person View?

Can You Fly in The Outer Worlds? 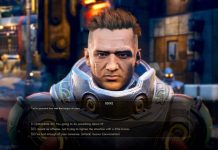 Can You Romance Characters in The Outer Worlds? 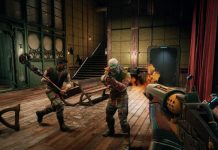 Can You Play Past the End of The Outer Worlds Once You’ve Completed It?

Is The Outer Worlds an Open World Game?