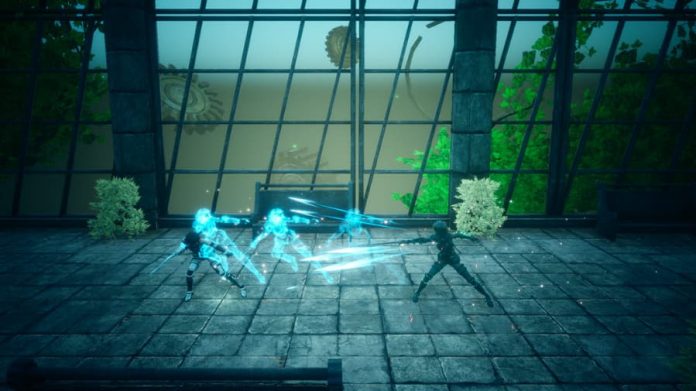 If you like action-packed Metroidvanias, you might be tempted to pick up AeternoBlade II. Honestly, though, you really shouldn’t.

Recently released on PS4, Xbox One and Switch, AeternoBlade II is, you guessed it, the sequel to AeternoBlade, released on 3DS in 2014 and then ported to a plethora of other formats. It somehow gathered itself a bit of a cult following, and so here we are. Though while most sequels are generally better than what came before, AeternoBlade II has other ideas.

What first hits you about AerternoBlade II is how unspectacular it looks. The original AeternoBlade wasn’t a looker, but on 3DS that’s understandable. Here, when the camera is zoomed out so you can get to grips with its 2D gameplay it simply looks passable, but when the camera zooms in and sweeps around for story scenes you see that its textures and character models are very poor indeed. And the dialogue? Woof! Not only is it badly written, but the voice acting is generally atrocious. It’s almost so bad that it’s good… but it’s not. It’s just bad.

It’s the gameplay that truly lets AeternoBlade II down, though. Letting you take control of three characters throughout the course of its fairly lengthy story, you’ll simply tire of the monotonous drawn-out combat within the first few hours. Even bog-standard enemies have large pools of HP, meaning you have to wail on every one of them with a barrage of blows until they finally meet their demise. Add into that a dodging and counter system that’s more trouble than it’s worth and a general feeling of clumsiness, and you have a game whose main focus will leave you stone cold. 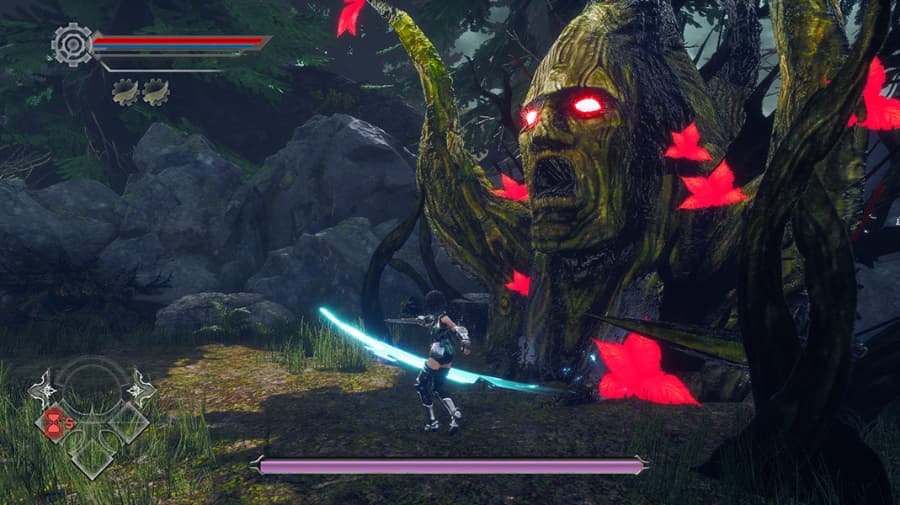 Not even AeternoBlade II‘s new twist – the inclusion of impromptu full 3D moments – can save it from mediocrity. In fact, they make the game worse. In 2D combat is mainly just dull, but in 3D it feels broken. The lock-on system is awkward, the camera is useless at giving you a good view of the action, and attacks just don’t behave as you’d expect them to. AeternoBlade II‘s 3D sections are frustrating. Simple as. So you’ll be glad that there are few of them. I certainly was.

The only thing that redeems AeternoBlade II somewhat is its time control features, but even they have their ups and downs. You can record your actions, for example, hitting switches to open doors then playing the sequence so your present self can quickly move through them. It’s an ability that’s also useful in combat, allowing you to attack enemies from both sides to overwhelm them or simply access a weakspot. There are other time control abilities, too, such as stopping time. That’s useful for locking moving platforms in place for a short while. Though, trying to stop fast moving platforms with pinpoint accuracy might have you tearing your hair out. Especially when they’re above spike pits that instantly kill you. 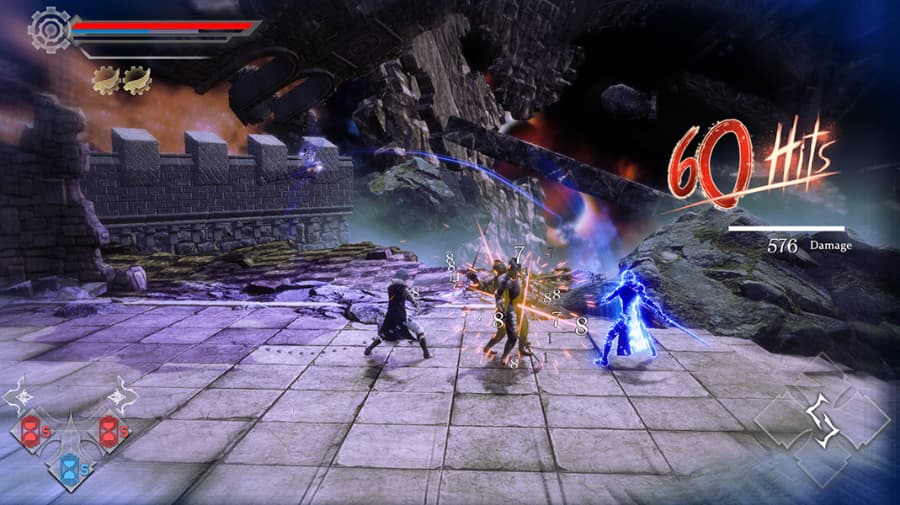 Being a Metroidvania, AeternoBlade II does allow you to develop your trio of protagonists. They never really feel like they get that much more formidable though; there’s no sense of breaking the game that you get in titles like Bloodstained: Ritual of the Night when you put together a great build. After development, the characters in AeternoBlade II simply become capable, which doesn’t really provide much impetus for you to play. It just isn’t rewarding.

Needless to say, when there are so many good Metroidvanias available on all formats right now, there really is no reason to invest in or play AeternoBlade II. With its crude visuals, laughable voice acting and dull and clumsy combat, it really doesn’t have much going for it at all. It’s one those rare sequels that is actually worse than its predecessor, so unless you’re a glutton for punishment, give it a wide berth.

AeternoBlade II is available on PS4, Xbox One and Switch. We reviewed the Switch version.