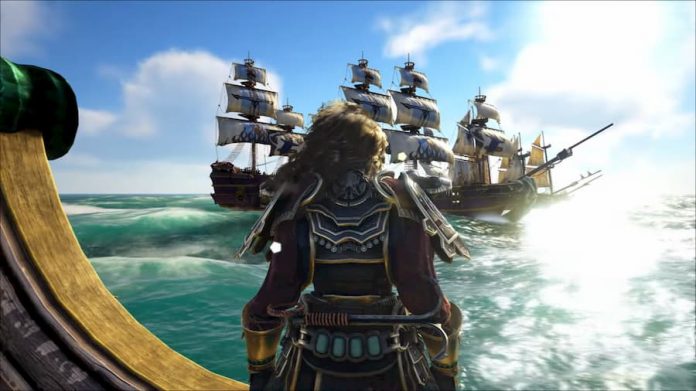 ATLAS, the MMO pirate adventure from Grapeshot Games is out now for Xbox One, featuring full crossplay with swashbucklers playing on PC.

ATLAS is a pirate-themed survival MMO from Grapeshot Games, a studio founded by the duo behind ARK: Survival Evolved.

Released on Steam early access late last year, you can now set sail on your Xbox One digitally through Xbox Game Preview, featuring full crossplay across both platforms.

The ambitious game continues to be in a state of development, constantly bringing new content and updates as it strives to become one of the most expansive online worlds ever created.

Construct and customise your ship piece by piece, recruit a crew made up of other players or NPCs, hit the ocean and explore hundreds of unique landmasses then raid strongholds and enemy ships in intense pirate action.

ATLAS is available on Xbox One and PC, through Xbox Game Preview and Steam Early Access. Go to the game’s official website for more details, and check out the Xbox launch trailer below.