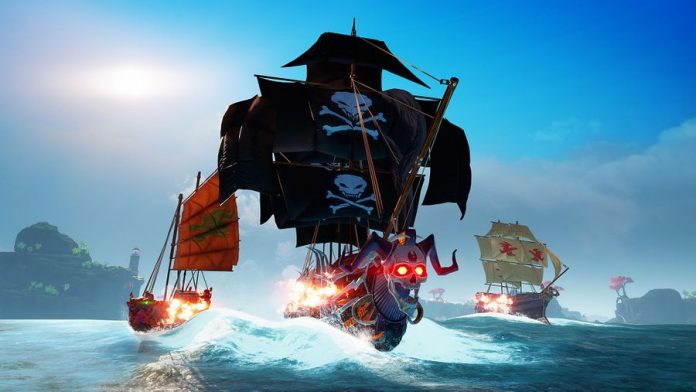 Battlewake is a colourful, sometimes fun journey through shallow waters.

Five minutes into playing Battlewake, I was ready to quit my day job and take up a life of high seas piracy. This galleon-grappling VR game can be played with the standard PS4 controller, but it really comes into its own when you pick up a pair of PS Move controllers. Even though smaller movements would have sufficed, I took great joy in spinning my ship’s wheel (and my hands) around in a ludicrous, bystander-endangering fashion.

I’m sure that a nautical expert would scoff at making a 90-degree turn just by dropping the anchor, but I couldn’t have cared less. The lack of other crew members is a little off-putting but by rooting your captain to the deck, Battlewake avoids the positioning problems that plague some other PSVR games. Glancing behind you to see your foe sink beneath the waves is a real, if ill-advised, rush but your gaze always returns to the ship’s wheel.

Combat is a relatively simple affair; you control your cannons and other weapons with the Move controllers, meaning that if you’re flanked by a pair of ships you’re going to have to let go of the wheel.

The same is true if you want to use your pirate’s chargeable super-attack (each of the four characters has their own) but watching a giant squid emerge from the depths to assault your enemies never gets old. Battlewake’s campaign mode also pitches you against enemy fortresses; they’re harder to dispatch but, like Assassin’s Creed: Black Flag, the game generally telegraphs where major enemy attacks are going to land. Slamming on the brakes (by grabbing both chains at the same time) can save your life and is a cool little VR mechanic. 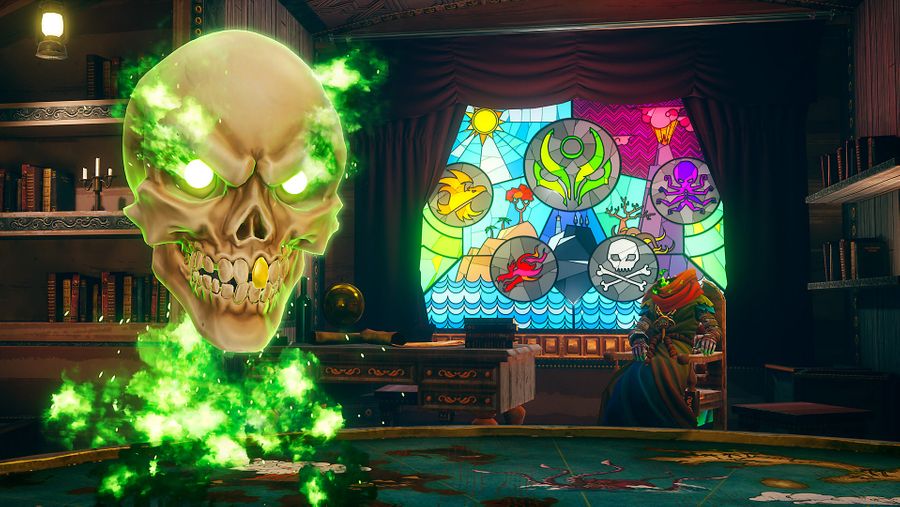 The problem is that unlike the seas you traverse, Battlewake is ultimately shallow. The game isn’t open world so, in single player mode, you’re thrown into a series of 20 oceanic locations. But despite the differences in scenery, they’re disappointingly repetitive.

Commanding your virtual vessel is an absolute joy initially, but then you get used to Battlewake’s VR features and start seeing the lack of variety.  Most of Battlewake’s foes can be defeated by blasting them and backing off; relatively few will pursue you and it’s not uncommon to see enemy ships stuck against a rock wall. Despite my initial enthusiasm I found myself wishing that you did have the option to control your vessel’s speed, which would allow for a more strategic approach to combat. 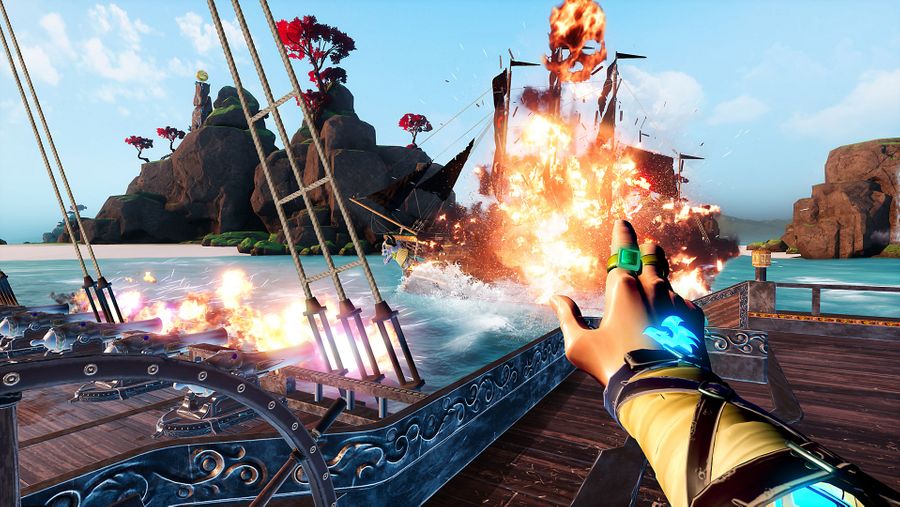 I suspect that the game was designed primarily as a multiplayer ship-shooter and then single player was added as an afterthought. Multiplayer certainly offers more choice, the ability to improve your ship for example. But is it any good? I honestly have no idea, since I’ve not managed to get a single multiplayer game going. Each time I’ve tried, I’ve ended up in an empty lobby. By requiring you to own a PSVR headset, Battlewake further narrows the field of potential players, which means you’re mostly left with its offline campaign mode.

Battlewake can be a blast in small doses and is a good way show off the PSVR’s potential (unless the person you’re showing it is prone to seasickness). Waving your arms around like an idiot as you watch cannonballs soar past you is entertaining for a while and I can see myself returning if the multiplayer mode ever gains traction. But it’s a little anaemic for a mid-price release and feels like the foundation for a better, bigger game. If Survios can take Battlewake and steer it into deeper waters, I’d be interested in a lengthy voyage. But as it stands, it’s best suited to short trips.

Battlewake is a VR-only game available on PS4 and PC. We reviewed the PS4 version.