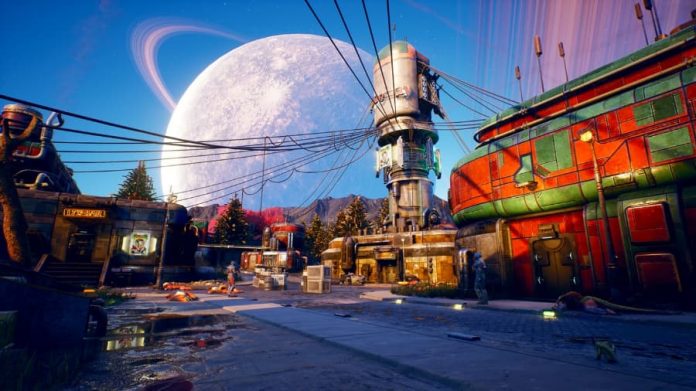 We were promised jetpacks, flying cars and personal spaceships but here we are, in the 21st century and still nothing. But what about The Outer Worlds? Does this sci-fi RPG let you fly around to your hearts content?

So can you soar over these areas, thumbing your nose at the monsters beneath you? Unfortunately not.

You can’t really fly in The Outer Worlds. There are no jet packs, partly because you’re not exploring one open world; you’re exploring chunks of a world. You wouldn’t be able to soar over a town because the town isn’t there; when you pass through a town’s gates, the game’s loading a separate area.

You do eventually get your hands on a space-ship but again, you’re not really flying it. Instead, it operates as a static base. When you select a new planet (providing you’ve unlocked it) the autopilot will take you there and you can look out of the window at it.

But actually having the freedom to fly around? Sorry, as excellent as The Outer Worlds is, you’re not going to be able to roam the stars or skies.